The Sisters Of Mercy @ Roundhouse, London 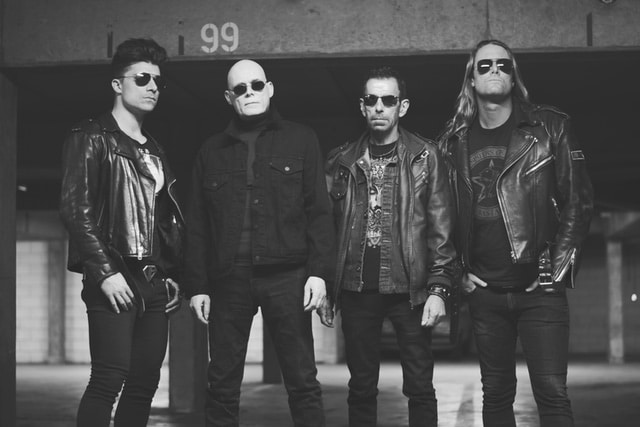 Considering Andrew Eldritch’s 30-years-and-counting great sulk at the recorded music industry – The Sisters Of Mercy last released an album of original work in 1990 – his continued touring down the years stands as something of a contrast in attitude. He seems to like London’s Roundhouse. Having played at the distinctly shaped Camden venue just before the onset of the pandemical times, The Sisters returned for three consecutive nights in celebration of the band’s 40th anniversary with hits, unreleased material, and a revolving and pleasingly varied cast of support acts: Jesus Jones, A.A. Williams and I Like Trains.

In a recent interview, Eldritch declared his intention to play three ‘new’ songs every night: “Different ones too. I know a lot of people – I know their faces, I know their names, I know where their children live – who have bought tickets for all three nights because they know they’re going to get a different set each night and they’re going to get different new songs every night.” So far, so typical of this most curmudgeonly even of Yorkshiremen.

Yet longtime fans of the poetic goth rock meets darkwave pop operation know only too well that new songs in a set does not mean a new Sisters album in the offing. Eldritch remains resolutely unsigned, with the ‘greatest hits’ album A Slight Case Of Overbombing being his final LP statement back in 1993. The Sisters have no official videos on YouTube – which hasn’t stopped fans making videos – and do not deign to grace the internets beyond a rather grudging Twitter account and website, seemingly bashed out in HTML by a distracted student through a snakebite hangover in 1994 and afforded only rudimentary updates since. These trifles and mutterings on social media about the standard of the band’s shows in recent years are unlikely to engage Eldritch much, mind; continuing to play venues of this size with no new recorded product to sell for over a quarter of a century is no mean feat, and he knows it.

This rather grumpy approach fazes the faithful not one jot. On the tube on the way up it’s evident which gig the passengers are going to: black clothes with silvery accessories, frills, sunglasses, big boots and bigger hair are the order of the night. Of the latter Eldritch these days takes no part, sporting an entirely bald dome where once raven-black tresses tumbled. The Sisters Of Mercy in 2021 are a three-and-a-half-piece: Eldritch naturally remains front and centre, flanked now by guitarist Ben Christo and a second guitarist, Dylan Smith, who joined the band just in time for covid’s arrival. The rest is legendarily taken care of by Doktor Avalanche, who these days seems to have been upgraded to two laptops, and is tended to at the back by returnee nurse Ravey Davey.

The staging is darkly minimal, reliant on coloured light beams which draw neon lines across the blackness. These allow Eldritch to dip in and out of the light depending on where he stands, or more often crouches, poised as if about to leap at something and take a bite out of it. With his hairless head and dark sunglasses he has a Morpheus-from-The-Matrix vibe about him these days, a look which suits a singer in charge of preaching to what by any measure is a converted cult fan base. Musically the arrangements now err towards metal rather than their pop/synth crossover Floodland days; which is to be expected if your stage sports two guitarists and is devoid of synths.

While the big numbers are all present and correct – More, Alice, Dominion/Mother Russia, Lucretia (My Reflection) – here they feel perfunctory relative to their 12” length album versions, evidenced particularly in the certified banger that is Dominion/Mother Russia seemingly ending almost as soon as it gets going. Matters are not helped by what might charitably be described as a soupy sound mix which finds Eldritch’s coal dust bass notes vying with everything else rather than showcasing the lyrics. Feedback screeches on several occasions, and at times he seems to forget to direct his voice into the mic, leaving words difficult to discern. And with his days of 40-piece choirs long gone, female vocals in the top end of the mix as a counterpoint to Eldritch’s cauldron rumble are notable by their absence.

True to his pre-gigs word, he punctuates the classics with newer material, with 1997’s metal-leaning Summer joined by three songs first heard in 2020. There’s the crunchy chug of I Will Call You, and Black Sail, for which Smith straps on an acoustic guitar. With Christo’s harmonics arriving later on, it stands in stark atmospheric contrast to the rest of the set and hints at a possible new direction, were this version of The Sisters to record a new album. But Genevieve rounds out the newish triptych later on.

Lucretia rouses the sisterhood and closes out the first encore, all prepared to “dance the coast” again, and the evening is brought to a close in right and proper fashion with the double punch of Temple Of Love – sadly long bereft of the late Ofra Haza’s harmonies – and their first Top 10 hit This Corrosion, a belter from 1987 with its preposterously hooky line “hot metal and methedrine” only topped by the goths-in-prayer chanting of “hey now, hey now now, sing This Corrosion to me”. These songs highlight that, despite evident imperfections and refusal to record anew, The Sisters Of Mercy at 40 remains a band with a considerable and under-appreciated canon of work, directed by a man with a singular vision.

The Sisters Of Mercy MP3s or CDs

The Sisters Of Mercy on Spotify