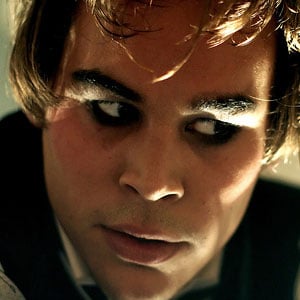 The NME Awards Tour always boasts a line-up of the most hotly-tipped acts around and Wednesday night at the London Astoria with Snow Patrol and The Sleepy Jackson on the bill was no exception. Both bands have recently broken through to the mainstream and are flying the flag for the current music revolutions in their respective countries – Scotland and Australia.

Snow Patrol have been on the Scottish music scene for years but have really broken through this year thanks to a record label switch, a more commercial sound, incessant airplay of the sublime single Run and of course those Coldplay comparisons. Frontman Gary Lightbody didn’t exactly help by opening the set with some bizarre lotus-like moves that were very Chris Martin-esque. Still strange moves aside, it was a strong opening that exuded raw energy – a stark contrast to the almost too polished performance of support act The Futureheads.

With two albums in their back catalogue already, this gig was more than a showcase for the new offering Final Straw. The band clearly demonstrated that there is more to their material than Coldplay type guitar ballads.

Something that sets Snow Patrol from the rest of the British guitar band set is Lightbody’s distinctive vocal. Live, he is creative with his voice and creates interesting depth, which is either down to impressive technique or microphone gadgetry. This was indeed helped by the fantastic acoustics of the Astoria, which did justice to the gorgeous vocal harmonies between him and bandmate Nathan Connolly.

Of course the song that everyone was waiting for was Run, which was performed halfway through the set. The crowd went crazy for it and Lightbody successfully sustained the level of emotion that the studio version conveys. Music has always been a way for the slightly nerdy boy at the back of the class to get the girl (How else did Martin bag Gwynnie?) and when a skinny, lanky Lightbody sang “You’ve been the only thing that’s right in a lifetime,” every female (and a few men) in the packed-out venue swooned.

The set ended on a more rocky note with an excellent instrumental that really put the guitar in guitar band and demonstrated Snow Patrol’s slighty more edgy side. In fact if Snow Patrol are to be criticised, it’s for not showing enough of this side. A new label may have thrust them into the public’s psyche but it has also steered them into a safeness, which after time can threaten to become bland.

Someone who can not be accused of being safe is The Sleepy Jackson. This band know how to make an impact from singer Luke Steele’s blue eyeshadow to the way they play. The first half of the set was an exhilarating mix of their trademark psychedelic rock,- as demonstrated in their singles Vampire Racecourse and Good Dancers – with some metal riffs, Dylan-esque ditties and country thrown in for good measure. The material is that unique blend of original and utterly derivative as shades of The Beach Boys, David Bowie, and Bob Dylan, could be detected.

They were giving it 110%, the crowd were loving it and then they stopped playing. Half way through the set The Sleepy Jackson forgot that this was a gig and turned the show into some sort of weird experimental theatre, better suited to the confines of the deepest darkest venues at the Edinburgh Festival Fringe. The crowd was clearly bemused. They hadn’t paid 13 quid to see the second guitarist’s head shaved live on stage or the bassist to start gazing introspectively into a mini handheld camcorder.

The highlight for many was when an audience member shouted from the back of the auditorium in a booming Scottish accent “You’re f**** s***, you f***** w*****.” not once but twice to which Steele responded by inviting him up on stage, an offer the punter seemed to decline. A bit of theatrics is always good to see but The Sleepy Jackson somehow descended into pretentious exclusivity and looking around the audience did feel cut off from this quite frankly bizarre display. All of a sudden the ‘safeness’ of Snow Patrol was a far more attractive option.

The Sleepy Jackson MP3s or CDs

The Sleepy Jackson on Spotify