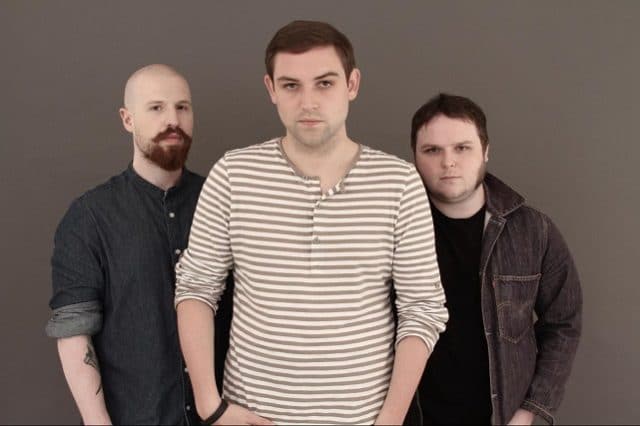 The Twilight Sad, here supporting their labelmates (and real mates) Mogwai, performed a mini Greatest Hits set in front of a near-full room in the beautifully gentrified Digbeth area of Birmingham.

For such a short slot (approximately 50 minutes), The Sad managed to cram in a quick run-through of their most cherished material, some new songs and a loving tribute to Frightened Rabbit‘s frontman Scott Hutchison. Their cover of Hutchison’s Keep Yourself Warm – his most celebrated ode to carefree and careless sex (and there are many of them) – is painfully raw and emotionally intense. Sad singer James Graham, himself not the most lovable of lyricists, imbues the track with a heightened Gothic drama missing from the original. It does not sound like he’s talking about sex here, it sounds like he’s talking about death.

Critically lauded for their blend of militaristic Joy Division beats, Psychocandy squall and Cure-esque frozen atmospheres, The Twilight Sad are sadly underrated and criminally overlooked in discussions about the best modern British rock bands. They have been plying their trade for 15 years, and are yet to release an album that isn’t fantastic. Of course, critics and fans were slow to love No One Can Ever Know, but that lukewarm response was swiftly forgotten when they released the near-perfect Nobody Wants to Be Here and Nobody Wants to Leave in 2014.

The seven songs they played along with Keep Yourself Warm were all expertly curated. There were two songs apiece from Nobody Wants to Be Here – the beautifully gothic majesty of There’s A Girl In The Corner opened the show with ear-splitting ferocity.

Then they turned to That Summer, At Home I Had Become The Invisible Boy – an early favourite from their debut album. It was one of the songs that set their stall out early, with Graham doing his best Morrissey while the drums beat a tattoo under him. There’s also bloody huge guitars in the studio version, which are expertly rendered here.

After this particularly potent opening twosome, they followed up with Don’t Move (the only selection from No One Can Ever Know), and new track I/m Not Here [Missing Face]. If you’ve not heard it yet, do so immediately: it’s a demonic piece of frozen motorik – like Neu!, in a lake in Norway in winter. So bloody cold.

Another new song, VTr, marries the drums from She’s Lost Control to a lithe, sprightly post-punk rhythm. Much like the other tracks released from their forthcoming record It Won/T Be Like This All The Time, it’s a much more focused, polished version of their previously dark and murky sound. It sounded fantastic live.

They also manage to slot in the elegantly saturnine Last January, and end with regular closer And She Would Darken The Memory, which results in the most unlikely singalong in Birmingham for months. The lyrics about keeping your head up, dear, or the ‘rabbit may die’ had a few people (frontman included) teary-eyed and with a lump in their throat.

For such a short set, The Sad did a remarkable job. They filled out the venue early, sold some new fans some merchandise and laid down a sizeable gauntlet for Mogwai.