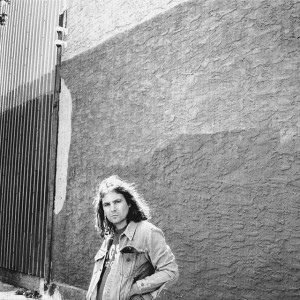 It’s not often that a band numbering ’80s stadium behemoths like Dire Straits and Bruce Springsteen as their most obvious influences become darlings of the indie rock hipster cognoscenti, but in the case of Philadelphia sextet The War On Drugs that’s exactly what seems to have happened.

First marked out as ones to watch with 2011’s shimmering, sprawling second album Slave Ambient, last year’s Lost In The Dream elevated them into the critical stratosphere. An epic, wonderfully evocative and fluent classic rock record, it rightly featured in the end of year best of lists from any music publication worth its salt (including, needless to say, this one, who ranked the album second in our Top 100 Albums of 2014) and gave The War On Drugs mainstream exposure for the first time. It’s therefore perhaps no surprise they can now comfortably sell out a 5,000 capacity arena like the Brixton Academy twice in the space of a week, and last night’s bumper crowd certainly didn’t leave disappointed.

From the first bursts of skittering electronic percussion that led into set opener Under The Pressure, it was immediately apparent that the Academy’s vast open spaces and moody lighting were ideally suited to The War On Drugs’ music. Even more than on record, a live venue showcased what a fantastically tight unit the band are; from the huge tub thumping beats of drummer Charlie Hall to Robbie Bennett’s Krautrock-inspired keyboards and John Natchez’s subtly employed saxophone, this is a group of musicians who interact seamlessly to create a dense, multi-layered sound that’s simultaneously vast and intricate.

Above it all, band leader Adam Granduciel’s combination of guitar pyrotechnics, occasional harmonica and Bob Dylanesque drawl form the focal point of the performance. As front men go, he’s no Freddie Mercury or Samuel T Herring; interaction with the audience is somewhat limited and he is clearly more of a lynchpin than a raconteur. Yet in the context of the music this worked extremely well, putting the emphasis on maximising the sum of the parts into a cohesive, frequently hypnotic whole. The concept of the virtuoso, slightly self-indulgent guitar solo has become something of an unfashionable concept over the last couple of decades, but Granduciel pulls it off with aplomb, pitching his work perfectly so it doesn’t imbalance the rhythmic harmony of his band mates.

Highlights include Slave Ambient favourite Baby Missiles, with its wonderfully exuberant keyboard riff, and a pulsating Red Eyes, perhaps the most road trip friendly of songs by the most road trip friendly band of recent times. Best of all though is the effortlessly elegant, contemplative Lost In The Dream, which appears as an encore and remains the best, most melodic song The War In Drugs have yet written.

Described by many as the new inheritors of the thoughtful but accessible everyman American rock mantle previously worn by Born In The USA-era Springsteen, this evening’s show proves again that, as on record, The War On Drugs are an act of mesmeric sonic power and invention rather than simple purveyors of the more obvious lighters aloft chorus. They’re just a few more truly memorable songs short of becoming a bona fide great band.