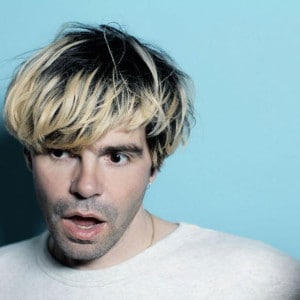 The subtle art of reinvention is something that Tim Burgess has become a master of over the years. While many of sometime Charlatans front man’s contemporaries from the Madchester era reunite to jump on the nostalgia train, Burgess continues to surprise and, mostly, delight. Last year’s Oh No I Love You was a genuine pleasure – a collaboration with Kurt Wagner of Lambchop, resulting in one of 2012’s best albums.

Long-term Burgess collaborators Hatcham Social are on support duties for this tour. As is to be expected from a band who form most of Burgess’ backing band, and have worked with The Horrors and Klaxons in the past, they bash out a confident sounding set, which makes up in confidence and charm what it lacks in originality.

For Hatcham Social are a very charming band – from lead singer Tobias Kidd introducing their new single by writing “This is our new hit” on paper plates, one word at a time (Subterranean Homesick Blues style) and displaying it to the crowd, or the confident strut of Give Me The Gift and More Power To Live. It’s not anything that’s not been have heard before, but it makes for a decent warm-up.

Three-quarters of Hatcham Social were back onstage shortly afterwards, together with Mark Collins of The Charlatans and, to much applause, the blonde mop-top of Burgess himself. He may now be in his mid-40s, but still looks remarkably well-preserved, even if he seems strangely befuddled by the genuine affection the crowd has for him. After a short spoken-word rendition of A Case For Vinyl, the band crashed into the wonderful The Doors Of Then.

The setlist mostly consisted of tracks from Oh No I Love You, although a rather raucous crowd were eager to revisit past glories. The newer material was listened to with respectful enthusiasm, although it was arguably only when the opening chords of Impossible chimed out, that the crowd really caught fire. Even when singing Charlatans songs though, Burgess showed a admirable willingness to experiment, reinventing The Only One I Know as a stately ballad, and best of all, turning North Country Boy into a Stooges-like punky thrash.

Burgess makes for a surprisingly humble stage presence, looking constantly surprised at the many shouts of “legend” from the audience, and looking completely non-plussed when the audience launched into a chant of “There’s only one Tim Burgess” (followed by a similar chant for Mark Collins, and then touchingly, one for Jon Brookes, the Charlatans drummer who passed away last month).

The restrained nature of much of the material meant that not everything worked – Tobacco Fields, so beautiful and atmospheric on record, was swamped with crowd chatter, and a cover of Jackson Browne‘s classic These Days (introduced as “a lazy Sunday evening song, the sort you’d listen to before watching Homeland“) seemed to wash over much of the audience. Older material such as Oh My Corazon from Burgess’ debut solo album I Believe fared better, and by the time White closed the set, there didn’t seem to be a single person in Queen’s Social Club who wasn’t dancing.

A fine evening for nostalgia addicts and new fans alike, and after the much documented tragedies that his band’s gone through in recent years, it’s just nice to see the man thoroughly enjoying himself.