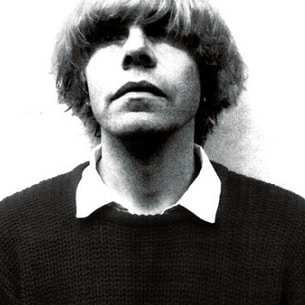 Over the years Tim Burgess has undergone many transformations. From a legendary hedonist living the rock and roll dream and apparently ingesting copious amounts of cocaine suppository-style, to the meditating teetotaller giving away The Charlatans records for free and producing his friends’ records. On his most recent solo album Tim has presented us with his most recent incarnation – the alternative, country loving crooner. And tonight, at the Union Chapel, we’re invited to dip into Tim’s new world; a world of pretty melodies, chiming guitars and the soft sounds of Nashville.

Support comes from Hatcham Social, a band long indebted to Burgess’s producing abilities. Having poached the Klaxons‘ drummer and with artwork designed by the Horrors‘ Faris Badwan, you would be forgiven for thinking Hatcham Social were style over substance. However, as soon as the newly formed line-up launch into their set, they blow such assumptions away. Currently set to release their second album, newer songs sound like a departure from the band’s earlier, stripped-back sound. With the addition of a violinist, these are prodigiously talented musicians making complex music with remarkable depth. The lead singer may look like a nervous Win Butler, but their performance is confident and compelling.

After a short and slightly odd interlude featuring a brief poetry reading, Burgess takes to the stage. Hatcham Social return to act as his backing band and they open with an atmospheric rendition of Tobacco Fields. Taken, as the vast majority of the set, from the latest album Oh No I Love You, it creates a deeply evocative soundscape upon which Burgess can lay his surprisingly delicate and emotional vocals. Looking slightly nervous and shooting repeated glances to the band for encouragement, Burgess slinks across the stage like an oddly ageless pixie. However, he draws from this collection of songs a remarkable amount of diversity and emotional breadth. Anytime Minutes is unexpectedly threatening, Hours is almost painfully fragile and A Case For Vinyl becomes an uplifting and beautiful epic.

But it’s not all perfect. Earlier dates in this tour apparently saw Tim battling a sore throat and his vocals are certainly temperamental. A guest appearance from High Llamas‘ honcho Sean O’Hagan for a cover of the Beach Boys‘ Don’t Talk is sung almost completely out of tune and, occasionally, the acoustics of the chapel lose Burgess’s voice altogether amidst the band’s more robust moments.

But vocal quibbles are not what tonight, nor this tour, are about. Exactly as a solo project should be, Tim is surrounded by musicians and fans who adore him. Preserving the hushed tones of the Union Chapel, the lyrics of every song are respectfully mouthed back to him and he is met with devotion throughout. Charlatans tracks are correctly absent from the evening, but old favourites such as Oh My Carazon, from Burgess’s 2003 solo album, are greeted deliriously. What could be a vanity project is actually a chance for Tim to show his fans a new side and to play with musicians he clearly respects and admires. In fact, the sense of mutual admiration, in such a beautiful setting, gives the whole evening a thoroughly warm and satisfying glow.

Tim saves the best for last. Bringing on two backing singers for his encore, album track A Gain and recent single White, sound rejuvenated and joyous. The Union Chapel is filled with the charm and goodwill of the deep South and, finally, we are reminded that we have been in the presence of a surprisingly humble legend.