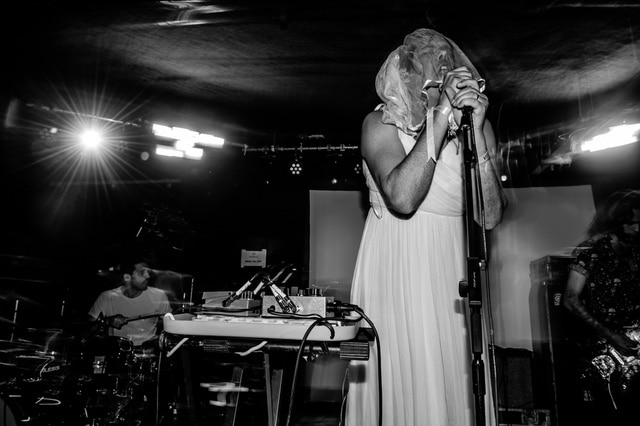 Considering all the festival horror stories hitting the headlines currently it’s heartening that the small, but perfectly formed, Visions Festival finds itself thriving. Historically, multi-venue events have been a tricky thing to pull off. Whereas many seem to end in chaos and hoards of disgruntled punters, Visions now finds itself in its fifth year of existence. Undoubtedly this in large part due to sticking to what you know and not getting too big for your boots. Yet again they’ve created an enticing and intriguing line up with very little fuss or overblown fanfare.

Rather than fall for the perils of hype over substance, it’s an event that lets the music speak for itself across a small group of understated venues. With that in mind, the festival is opened by a band currently enjoying a buzz around their, so far, slim but impressive output. South London quartet Goat Girl obliges the understated vibe by delivering a focused set at the London Fields venue Mangle that’s devoid of banter. Their pleasantly scuzzy garage-rock is delivered with such surprising assuredness, given their youth and relative inexperience, they’ve no need for it. 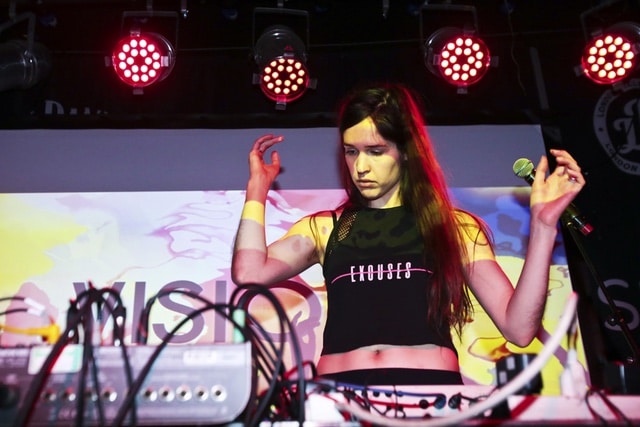 The Courtney Barnett-esque Country Sleaze and droll Scum benefit from Naima’s direct bass lines, and lead singer Lottie’s almost disdainfully deadpan vocal delivery. The latter’s deliciously barbed line, “I honestly think that someone spiked their drinks, how can an entire nation be so fucking thick” being a case in point. They look like they couldn’t really care less whether you’re into it or not – but that shouldn’t be mistaken for arrogance. There’s the feeling they’re making this music for themselves, and that they’ve allowed you a peek into their private world momentarily. They’re a very savvy booking on the festival’s part. If anything these events should push young blood as much as the more established acts, particularly when they’re as promising as Goat Girl.

Following a quick refresher, and some much-needed daylight, at the bar-cum-food court over the road it’s back down into the depths of Mangle for Brooklynite noise-rockers The Men. Their spirited performance is somewhat let down by a slightly muddy sound. The vocals are indiscernible, leading to the anthemic nature of many of their tunes being lost. Nevertheless, they manage to push through to a loyal and appreciative crowd through sheer force of will. 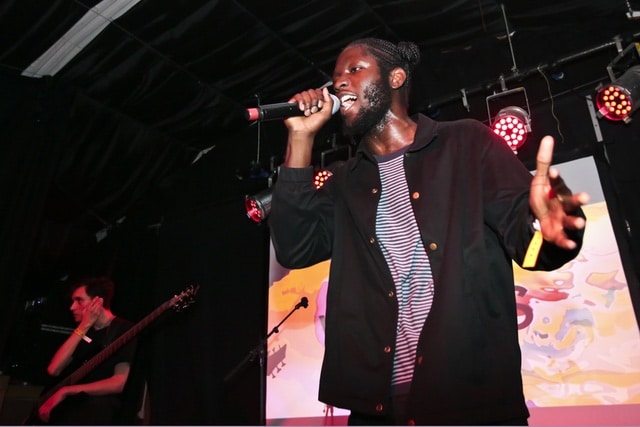 Next, it’s over to the Night Tales rooftop bar for Sacred Paws. The bright venue couldn’t be a better spot for the SAY Award winner’s afrobeat cadences. The sun beams through the floor-to-ceiling windows, which perfectly frame their high-energy colourful music. A pink faced Eilidh Rodgers’ commitment plays out with rapidly catching enthusiasm, and Rachel Aggs whips up the crowd by hot stepping around the corner space they’re allotted. Their joyful noise fills the room like a contagion. Superb.

Tragic mis-planning (re. inability to read the time) means missing Moor Mother. Wounds duly licked – she was no doubt magnificent – it’s over to Oval Space for the inimitable Jenny Hval. Sadly, her performance is also marred by a vocal that’s far too low in the mix. That said, she’s such an engaging artist it difficult not to enjoy her performance regardless of sound issues.

Then it’s onward for the final push. This year the headliners vying for punters attention are Sophie, Liars and Happyness. Decision made, it’s back to Mangle for electro-punks Liars. And they do not disappoint. Angus Andrew is a winning frontman in every respect. Donning a wedding dress and veil, he has the crowd hanging off his every word and flailing limb. It’s astonishingly loud, and favourites like Mr Your On Fire are as thrilling as you’d hope they would be. They deliver a blistering set that proves, as a live act, they’re a force to be reckoned with. 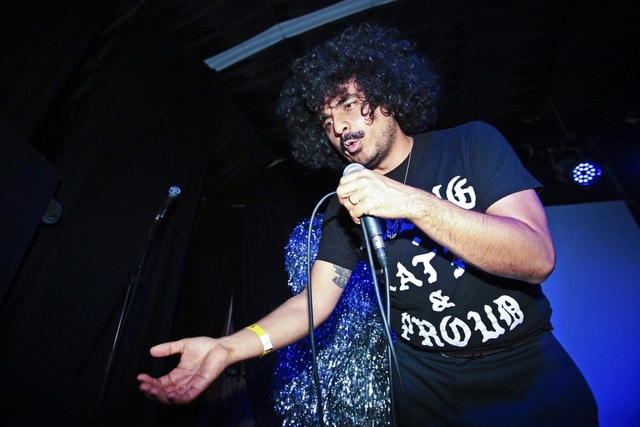 As the evening draws to a close it’s over to the Seabright Arms to catch the last couple of tracks from indie favourites Happyness. It’s certainly a change of pace, but a lovely way to wind down the evening. The venue seems to be hotter than the surface of the sun and the air is, well, so airless that you feel like you could cut it with a knife. Which perfectly suits their Teenage Fanclub-like melodies and earnest performance. Benji Compston dives into the small, but devoted crowd who oblige by feeding him to the back and then upon his request returning him to the stage. It’s very sweet, very Happyness.

Yet again Visions succeeds where so many similar events fail. An astute and varied lineup is served by good organisation. This year’s slight rejig has made it even easier to float between venues, and even when the queues look prohibitive, they generally dissipate pretty quickly. The only thing you’d change if it were possible would be to increase the hours in the day, as there are so many other acts you’d love to be able to fit in – Frankie Cosmos, Amber Arcades, Marie Davidson and Soccer Mommy to name but a few. When all is said and done, Visions is worth £30 of anyone’s money. Long may it continue. 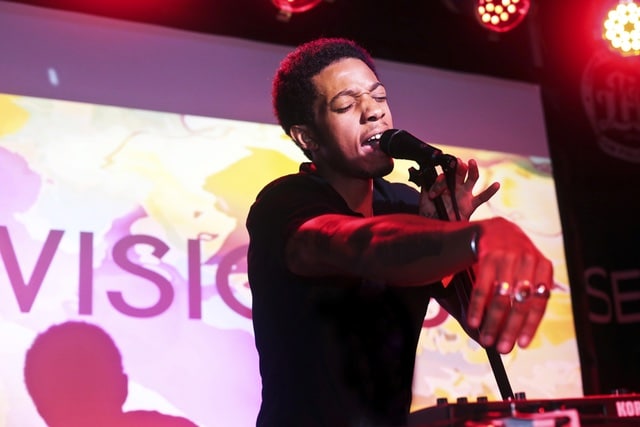