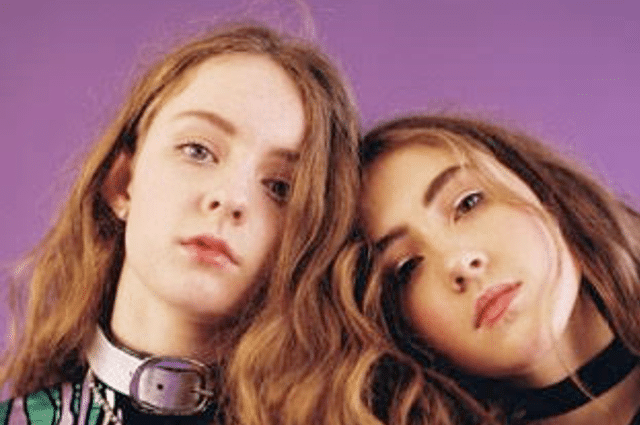 It’s hard to believe this is just the fourth outing of east London’s Visions Festival; it already feels like such an integral part of the London live calendar.

Multi-venue festivals in London are of course no new thing, but where Visions succeeds and the likes of Camden Crawl failed, are in its focus and size. It might be tempting to involve every venue over a sprawling space but by keeping it more compact, Visions manages to curate a finely tuned programme of inter-linked shows at some of Hackney’s finest venues.

This year involves a schlep, from about 1-11.30pm, between St John at Hackney (which also plays host to a street food market in the church yard, which does a roaring trade in the blazing heat) and Moth Club at one end of Mare Street, and Mangle, London Fields Brewhouse and Oval Space at the other. Amazingly for an event like this, there are no queues to get in to any of the venues (apart from a delayed start at Oval Space), thanks in part to some careful scheduling, which also means some tough decisions.

Dream Wife kick things off at Oval Space. They’re an odd proposition; they’ve been racketing up support slots on bills across London in recent months but this afternoon the hype falls flat. Singer Rakel Mjoll feels quite out of place with her grungy band, as she pouts into the crowd, singing uncomfortable songs about being someone’s Lolita. If it’s supposed to be ironic, it’s hard to see how. Over at St John at Hackney, Pumarosa are more compelling. Singer Isabel Munoz-Newsome lays her cards on the table during their first song, as she beats away at her guitar strings with a drum stick; a dramatic, Kate Bush-type character, she later catapults about to bursts of sax. Priestess – a seven minute epic – does a decent job at summing them up; a fragile intro that eventually leads into an expansive dance rock freak out, which sees Munoz-Newsome twirling around the stage, really finds itself in this venue. They’re a fascinating band with tonnes of potential.

Let’s Eat Grandma play a brilliantly eerie set at the church. A pair of creepy, long-haired teenagers with recorders, their reworked, odd pop is fresh and simple in its exuberance, but more sophisticated in its concept. The duo blend into one another; their hair hanging over their faces, flitting between instruments (but always clutching a recorder), they don’t speak a word on stage. They specialise in twisted fairy tales: they walk on stage playing pat-a-cake, while the most vivid of their lyrics, Rapunzel, sees them wail: “My cat is dead! My father hit me!” to a synth-charged backdrop. It’s weird stuff – they glare into the audience, a sort of zombie doll stare on their faces – but at the same time playful and fun; it’s not supposed to be taken too seriously. They’re like Tim Burton’s dream band.

Over at London Fields Brewhouse, Lewisham’s Elf Kid is on fire. The energy spits out of him, fizzing through the room. Best known as a member of The Square, his game changing release, Golden Boy, is already an anthem in this room. An accessible slice of grime, it sees him attack beats with an incredible pace and stamina. It leads into a DJ set from JD Samson who, despite throwing in some great disco-infused tracks, can’t quite reignite that fire.

The headline slot is a tough, three-way draw; at the church it’s Young Fathers, at the brewery Shura replaces an ill Lindstrom, and Anna Calvi tops the bill at Oval Space. Calvi opens with her take on Suicide’s Ghost Rider, lifted from her 2014 covers EP, Strange Weather. Bold yet other-worldly and cinematic, she’s a worthy headliner. During a powerful set, Susanne and I, Blackout and Eliza are obvious stand outs. It’s a remarkable, joyful close to a growing institution we hope continues to thrive.