The War On Drugs @ Apollo, Manchester 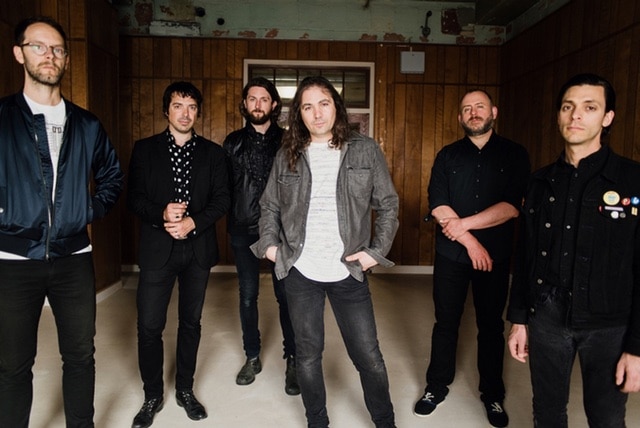 The War On Drugs

There’s a sense of fatherly pride when you see a band graduate from smaller venues to the more notable ones in your city. In three years, Adam Granduciel’s The War On Drugs have gone from the relatively small in comparison Manchester Academy 2 inside the University of Manchester’s Student Union to two sold-out nights at the Manchester Apollo.

Granduciel likes Manchester, telling the crowd in that quiet shy fashion of his how knows the buses he needs to navigate around the city. This inevitably goes down a treat, as do openers Pain and then Holding On from recent album A Deeper Understanding, the latter propelled by David Hartley’s skillful bass. Indeed, Pain and Holding On exemplify the light and optimism shining beneath the pained persona: the lyrics creating the image of someone struggling with loss, yet the shimmer of the keyboards and upbeat tempo suggest something different.

A Deeper Understanding presents a Granduciel who has become more composed, content, perhaps even more confident. This is compared with Lost In The Dream, which is heart-on-your-sleeve, emotionally raw and visceral. Nevertheless, that’s what makes the album brilliant and so loved: as if Granduciel is letting you in and wants you to see his pain. An Ocean Between The Waves demonstrates this particularly: its epic nature, urgency, sense of purpose and emotional frailty fills the Apollo, grabs you and refuses to let you go. I

With this, you begin to realise that tonight is going to present the two sides – and with it the journey – Granduciel has been on: from the engrossing intensity of Lost In The Dream to the more polished but nevertheless equally arresting A Deeper Understanding. Indeed, tonight’s set is almost a 50/50 split between the two, with five songs from the former and six from the latter.

Strangest Thing, from A Deeper Understanding, brings the set down to a more languid level, with Granduciel’s superb guitar bringing with it sharp bursts of life. Yet Red Eyes soon follows, with Charlie Hall’s tom-driven drumming and Jon Natchez’s keyboards helping create something that rouses everyone, including those high above in the circle seats.

From there, you’re almost posed a question: which War On Drugs do you empathise with more: the raw forcefulness and urgency shown on Lost In The Dream or the more measured and polished equivalent on A Deeper Understanding? It does seem as though the Apollo is made for Lost In The Dream: the emotional drive behind the songs bounces off the walls and with it is infectious in the process.

In Chains is arguably the song that best bridges the two albums, bringing together the epic nature of Lost In The Dream with the underlying optimism Granduciel is now not afraid to show, particularly with lyrics like “All these changes everywhere/Just come in and take my hand/Pull me close don’t let me go”.

This evening, you go on something of a journey between the two sides of Granduciel and with it, three years’ worth of history and development are captured in one night. Where will Granduciel and his band go to next?