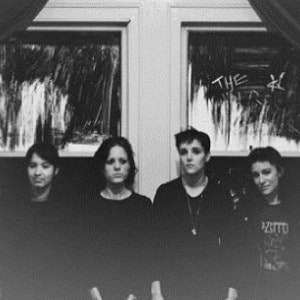 The Great British Summer has just about wheezed into life. No doubt you’ve already scorched a silhouette of your sandal straps onto your beet-red feet, trailed gritty sand into the bed and welcomed the year’s first cider hangover with pink eyes, chapped lips and ruddy cheeks. Nice one.

But remember, it’s a marathon, not a sprint: with The Great Escape and ATP’s I’ll Be Your Mirror still fresh in the memory, festival season is burgeoning with Field Day on the horizon. Whether or not you’ve snaffled a ticket for the leafy East London spectacular, cast your beadies on some of the acts appearing in this Field Day track reviews special.

That’s right, for those who were hoping for another festival tracks special, you’re about to have a, uh, field day.

And then it ends. And then you listen to it again. And it does the same thing. And you scratch your chin and you blink and you wonder what the hell just happened.

Chairlift – Met Before
Picture the scene: you’re sat at your computer, taking in the latest crop of tracks as rounded up by your favourite non-pornographic website. You chuckle heartily at the witty, mostly grammatical intro before streaming the second item: the newest dimension-shifting track by a boy-girl American synthpop duo (say, Chairlift).

And then it’s deja vu, again: you’re absolutely sure you’ve seen this before. Is it Weird Science? No. Is it Big? No. Is it Sliding Doors? Yes, it is, and though the music is sufficiently gratifying as to take the edge off the horrific inrushing images of Gwyneth sodding Paltrow, the uncanny sensation remains. It’s a song within a video within a website within a memory within LIFE. Think about it.

Liars No. 1 Against The Rush
This is brilliant. Absolutely brilliant. Gently lilting synths, pulsating like the powering on of an android army, and Angus Andrew’s gruff voice whispering malevolent nothings in your ear like the worst date ever. Oh, there are few things we’re looking forward to more than their new album, but seeing Liars do their thing in a park may just be one of them. That, and the operation. Of course.

No. 1 Against The Rush is immense, creepy stuff. And the video scared the bee-jezus out of us. Particularly the end. What’s going on with his face?! Brrrrr.

Spector Chevy Thunder
If we were at war, Spector would be a good band to know. Why? Because they provoke such hugely strong responses. Imagine we were parachuting behind enemy lines in Nazi occupied France. If you were with Spector, either they’d be the focus of several batteries of anti-aircraft fire OR the entire squadron would be looking up into the night sky going “Spector? Here?” grabbing their 7 of Grey Suit And Tie and looking for the landing zone.

Either way, you’d be sweeeet.

Regardless, Chevy Thunder is sort of fun. Not particularly arch, not particularly ironic, just a balls to the wind, 1950s throwbacking, effortlessly, breathlessly, entertaining number. Woah-oh-oh-oh.

When the vowel-forsaking likes of SBTRKT prove too much for your care-worn lugholes this summer, lay out your Marksies picnic rug in front of Gold Panda (known to his mum as Derwin Schlecker). His hot-off-the-trouser-press meditative instrumentals – see Exhibits A and B below – are just what the otolaryngologist ordered.

When Saints Go Machine – Bitter Sweet Symphony
We’re not fans of the tongue-in-cheek covers culture perpetuated by the Radio 1 Live Lounge. We don’t want to hear The Enemy indulge in a hilarious cover of Carly Rae Jepsen‘s Call Me Maybe; we’d rather take a fistful of powerful hallucinogenics and confront our deepest and darkest fears. At a Nickelback gig.

There remain, however, cover versions that veer so sharply from the trodden path that you need an annotated map to find your way, and, had this retelling of Bitter Sweet Symphony not been helpfully labelled “The Verve cover”, we’d still be none-the-wiser. Nevertheless, the Copenhageners/Copenhagenites/Copenhagenons have hit the nail of the head, balancing adroitly between weird and listenable.