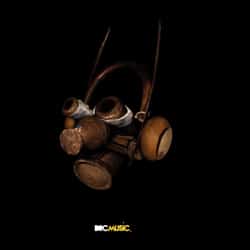 We had a stunning introduction written for this week’s column. It was funny. Punchy. Pithy. Dexterously darting between all of the major musical stories of the week. Doffing a cap at the Mercury judges; agreeing that if you are going to run a competition to find the album of the year it’s probably best to just pick the best record released in the last 12 months.

It stared longingly at the Isle Of Wight, more than slightly jealous that our weekend didn’t involve Public Enemy, The Cure and Bjrk but instead contained public transport, hangover cures and uh, umm, sporks? It also noted that – wow! – the Artful Dodger (you know, “re-re-wind, Craig David says bo-selecta”, rather than “Consider yerself. Our mate”) was now just known as Artful.

Then we read the following press release: “Nickleback return with new album.”

The despair was such we had to burn our prose in protest, and then spend the next three days in the foetal position sobbing at the sheer tragedy of it all. WON’T SOMEONE THINK OF THE CHILDREN?

Damon Albarn is certainly no stranger to benevolence, and he’s at it again with DRC Music, the result of a five-day recording session with a gaggle of producers – T-E-E-D, Dan the Automator and XL Recordings head honcho Richard Russell among them – and more than 50 Kinshasan musicians to benefit Oxfam’s activities in the Democratic Republic of Congo, home to a lamentable humanitarian crisis. Raising awareness and funds through a charity record that isn’t Auto-Tuned chart fodder? It’ll never catch on.

Really, with shameless media provocation like that, you’d almost think they had a new album and single out… Oh look.

Days Are Forgotten is the first single proper from Kasabian’s new one, Velociraptor! (exclamation mark band’s own). And it’s pretty good. A clanking, glammy beat supports a riff which bursts into a suitably epic chorus.

But avant-garde? Well, it doesn’t break into an interpretive dance section, mid-way through. Then again, it’s also pretty far away from the meat’n’potatoes lad rock by which the, uh, garde, seems to be defined. No lyrics rhymes sun-sheee-iiine with anything. So maybe everyone is right. And wrong. Ha.

Niki & The Dove – The Drummer

Gregory And The Hawk. Sparrow And The Workshop. Gardens & Villa. Paul Daniels and Debbie McGee. Bubble and squeak. Slap and tickle. Great pairings, one and all.

Add Niki & The Dove to that illustrious list, if you please: the Swedish duo have produced in The Drummer an island of dance-pop perfection, its percussive prowess – seemingly about “choosing the right direction in your life… or not” – an inexorable draw towards questionable-but-ecstatic dance moves. Worth the fuss around them? Of course.

No doubt, Pharaohs is super-futuristic beat engineering from a man in a tribal mask. It sounds clinical, astonishingly complex and yet beautifully precise. It doesn’t sound written, it sounds like it was painstakingly constructed in a dust-free workshop by scientists with surgical gloves, tweezers and oscilloscopes.

It’s easy to admire, but hard to really connect with.

OK, fine. You want the truth? Listening to it makes us feel a little bit like an ape gazing at the Rosetta Stone. There’s something that tells us this is important and impressive, but we can’t quite understand why. God. Now we feel stupid. YOU HAPPY NOW?!

Wilco are much like a mug of tea on a bleak midwinter’s night; like a warm handshake from an old acquaintance; like a thick duffel coat on a bracing autumnal constitutional (don’t wear it indoors – you won’t feel the benefit).

Born Alone is all of these things – the minor chord melancholy of A Ghost Is Born left to steep for the time being – and a tasty tidbit of forthcoming eighth (eighth!) studio album The Whole Love; an LP recorded in-house at Wilco’s “magical loft in Chicago… a home for the many treasures they’ve accumulated as a band”. Think of it as an alt-country Jumanji; less Robin Williams, more vintage guitar paraphernalia.

No, it isn’t an answer to the question ‘what would you play to replicate the mental state of Vincent Van Gogh just prior to slicing his ear off’. It’s a list of artists responsible for some of the UK’s Number 1 singles this year… What? OK. Yes, fine. It’s also an answer to that question.

But, you can correct the wrong. Lucky Day is almost as good. So it better end up troubling the upper echelons of the charts. Or there will be trouble. Big trouble.

One Direction – What Makes You Beautiful

Take five preened, pampered and puffed up teenaged narcissists, engorge with a consumer-centric predilection for vacuous celebrity culture and provide for them an insipid slab of shouty power pop. Relocate to a California beach to determine which pubescent pop puppet has the most marketable pose, pout and pseudo-urban hand gestures. Run the resulting disjointed mess of a promo through airbrushing software and leave to simmer in the depths of hell for all eternity.

No, it’s just harmless pop music, right? Either that or a cynical cash-in indicative of a globalised, synthesised, hegemonic sterilisation of the arts through which salesmen like Simon Cowell plunder the pockets of pre-teen prospects and somnambulant guardians alike. The One Direction we’re headed in is sanitised, monetised dystopia. Enjoy the vid!

Look. We haven’t featured Lady Gaga in over a week, so shut the hell up. Besides, we already covered the Wild Beasts remix, so if we didn’t do this one, Metronomy would just get jealous.

Then we wouldn’t get a Christmas card from them. Then at the next industry shindig, they’d very deliberately snub us. By then, we would have forgotten why. So we’d be upset, proceed to get hugely drunk, unsteadily lurch over to attempt to offer penance for the thing we didn’t remember, trip over a chair, spill a drink on Gary Barlow, pull down the chocolate fondue fountain and never be invited back to anything ever again.

So you can understand why we *have* to write about this. Plus, it is kind of cool.