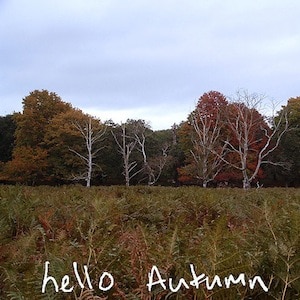 October. It’s that time of year when the beer halls of Germany are invaded by large men with questionable taste in Lederhosen, drinking heroic quantities of ale and singing songs with a high degree of Oompha-Oompha.

So, to celebrate this fine tradition, we present this week’s Tracks column, which this week consists exclusively of traditional German drinking songs. Talc up your leather shorts, grab your Lowenbrau and get stomping!

What’s that? Gloomy? Bleak? Lead singer who sounds a bit like Vic Reeves doing his pub singer bit? Hmmmm. Not what we’ve got. When we say Tindersticks, you say ‘disco’.

Yes, you heard, disco. This remix of The Something Rain track is only missing a mirrorball and Stuart Staples in a white suit, but it is, without a shadow of a doubt, a disco tune. And what a tune. Featuring a funky, clipped guitar, some ’70s-style strings draped all over it, and Staples sounding like he’s about to burst into tears even as he’s throwing some shapes on the dancefloor. Possibly the most surprising remix of the year so far, and one of the best.

PINS – Say To Me
PINS are from Manchester, although you’d never know it by listening to them. Obviously deeply steeped in the tradition of sassy guitar bands from Brooklyn, PINS are all about fuzzy guitars and a punky attitude. And capital letters.

Yet we forgive tUnE-yArDs for her maverick approach to capitalisation, and we should do so for PINS as well. Say To Me is taken from their debut EP LUVU4LYF Lyf, a staggeringly good four tracks that demonstrate exactly why a lot of people around the north west have been very excited about this band for a while now.

Although there’s a dirty, grimy sound on display, there’s definitely a pop sensibility at work too. Something which reminds you of early Yeah Yeah Yeahs. Say To Me it’s hypnotic and leaves you desperate to hear more.

The Rolling Stones – Doom And Gloom
There were, at the last count, 725 Rolling Stones compilation albums. Ish. And come November, there’ll be another one: a 50 track, three CD collection to bring together all those songs that have been brought together many times before.

So why would you buy another Rolling Stones Greatest Hits compilation? Well for the chance to own two brand new, ‘specially recorded’ tracks of course. Doom And Gloom is one of those, the result of the first studio sessions in over seven years for the Stones. It sounds exactly as you’d expect a Rolling Stones song to sound. Strutting, attitude-laden and full of the riffs that made Keith Richards a household name.

To tell the truth, it sounds far better than you may imagine for a band with a combined age of 2730. Ish. Whether the world needs another Rolling Stones album is debatable, but this isn’t a bad way to see out their dotage.

Wu-Tang Clan – Six Directions Of Boxing
A new Wu-Tang song is always a special occasion, especially as this is the Staten Island collective’s first recorded output for over five years. RZA’s directorial debut has brought them back together, a Quentin Tarantino produced martial arts film, which in itself is pretty exciting news.

Admittedly, not all of the Clan show up, but there are appearances from Ghostface, GZA, U-God and Cappadonna and they’re all on top form, swapping verses over a laid-back but menacing beat. It’s not quite up there with Gravel Pit, but it’s a pleasure to hear those voices doing verbal battle once again.

The soundtrack album will include more RZA material, as well as tracks from The Black Keys, Kanye West and, um, Corrine Bailey Rae. Sadly, no word on whether Mike Tyson’s version of One Night In Bangkok will be included on the soundtrack.

You can imagine In The Open soundtracking the closing scene of an American teen drama, accompanying beautifully lit shots of beautiful people looking beautifully wistful. Like a less tortured Elliot Smith, Leftwich is very good at hushed, atmospheric ballads.

The trouble is that it’s all been done before. There’s nothing startlingly original or exciting about In The Open, it’s just there. Nice enough, but a bit more substance next time please, Mr Leftwich.

Funeral For A Friend – Best Friends And Hospital Beds
The Welsh rockers are back, minus drummer Ryan Richards, and with a sound that promises to return to their early, heavier roots. But are their fans still sufficiently angst-ridden to care, or have they moved onto jobs and mortgage worries instead?

Best Friends And Hospital Beds is exactly what you want from a Funeral For A Friend song – brutal, turned up to 11 and reasonably catchy, with some doomy lyrics about death and the futility of life. Let’s face it, they’ll always be a market for loud, angry music with vocals from a man who screams like he’s sat on himself. And there’ll always be a proportion of people who don’t really get it, and a group of people who will passionately adore it.

So, if a man shouting “how many friends can I lose, before it all makes sense” sounds like your bag, step right up. Everyone else will note the fact that this video comes with its very own Twitter hashtag and ponder when life became so odd.

James Yorkston – Just As Scared
The world may change, fashions may come and go, but James Yorkston will continue to release lovely, stripped down, low-key folk songs.

Just As Scared is taken from his forthcoming album I Was A Cat From A Book, and long-time Yorkston followers may remember it as his contribution to the Fruit Tree Foundation compilation album last year. Here it’s been re-recorded and features Jill O’Sullivan from Sparrow & The Workshop duetting with Yorkston.

The results are as wistful and dreamy as you’d expect, three minutes to just lose yourself to. For some reason, the video features Yorkston tying O’Sullivan up on a remote beach in Aberdeenshire, but thankfully that doesn’t detract from the haunted majesty on display here.

We Are The Physics – Napoleon Loves Josphine
Blimey, it’s like 2004 in here. Guitars that could probably be described as ‘angular’ (did we ever sort out what this actually means?), a tune in thrall to the likes of Wire and Magazine, shouty choruses….it’s like The Futureheads never went acapella.

Napoleon Loves Josephine has been a regular fixture of We Are The Physics live show, and they’ve now polished it into a studio recording. They’ve successfully captured the frantic chaos of their gigs, and it’s easy to imagine throwing yourself round the moshpit to it. Yet there remains a nagging suspicion that this is all a bit dated these days – it takes more than yelped vocals and a post-punk guitar riff to grab the attention in 2012.

The album could be worth a look though, if only for the titles. Any record with songs called There Is No Cure For The Common Cold So Don’t Expect A Cure For Cancer, All My Friends Are JPEGs, Olivia Neutron Bomb and a track named after former Wimbledon champion Goran Ivanisevic is surely worth a look.

Bromheads – Holding The Gun
Bromheads used to be a trio known as Bromheads Jacket, and may be remembered for featuring in the short burst of ‘post-Arctic Monkeys’ bands from South Yorkshire that suddenly appeared in 2006 after Alex Turner and company broke big. Unlike Milburn, Harrisons and, erm, literally loads of others, Bromhead Jackets didn’t sing in an Northern accent (for they were, whisper it, actually Southerners) and they had the odd decent tune.

They’re now down to a duo and have taken off the Jacket, but they still sound pretty much as they did in 2006. Holding The Gun is a rapid, two minute burst of garage rock, full of energy but light on memorable melody. It does sound like they had terrific fun recording it, especially the part where it suddenly stops, goes quiet, and then hammers back into the chorus.