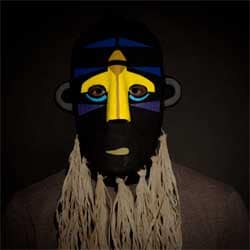 This column has been edited under the terms of a super injunction taken out by the parties involved to prevent details not in the public interest being leaked.

Sorry. You heard them. We have been neutered. Which is a shame because we really had some hair curling stuff this week to tell you about the music industry.

We just [redacted] can’t. But if you give us enough cash, we can move this entire operation to Cuba, and then tell you. Give generously.

This is the hottest record in the world. Officially. And not in a Willow Smith‘s Decadent Hype Machine sort of way, either; more in a hey-that’s-a-bloody-great-tune sort of way. So quaint and old fashioned, right? We know.

While we’re also sure that Wildfire is little short of electro-genius – and that it features the fantastic Little Dragon to boot – we have to admit that we’ve been experiencing a few pronunciation issues.

“Have you heard the hottest record in the world yet?” we’ve been asking befuddled strangers, creasing their suede jacket sleeves with our increasingly clammy hands. “It’s called Wildfire, and it’s by… Sbot Rocket? Seb Track Two? Sob Trick It?”

Nah, we always knew that it’s pronounced “subtract”. For sure.

Dry The River – No Rest

We’ve been here before, haven’t we? Hyped, English, rootsy-folk five-piece; some bearded, others trendier; genre-clashing compositions strung together with blues-like angst. See Kill It Kid. Or Revere.

Dry The River may have just cracked it, though, as their exploits outstrip the accompanying PR huff-and-puff: a debut single sold out on pre-order, a string of jam-packed London shows and sudden leap up to larger venues.

Follow-up single No Rest comes ahead of a highly anticipated debut album, and channels the influences cited by a band of diverse characters; elements of Leonard Cohen, Neil Young, Bruce Springsteen and even a little At The Drive-In are all present and correct. No wonder we can’t get near them.

You wouldn’t have thought it was possible to crank out thunderous riffs from the confines of a crow’s nest, would you? Nor find the time to compose blistering three-minute riots between swabbing the poop deck, shivering timbers and rogering the cabin boy.

But Tall Ships have done all that and more; Hit The Floor is a genuine thrill, the product of a seemingly excellent live show and far beyond the grasp of awful nautical puns. We ought to be ashamed of ourselves. But we aren’t.

It’s the roar which is missing from music today. The simple, pure, cathartic scream that actually sounds like someone is trying to uncork the bottle of dull mundanity and return to primal roots.

Le Butcherettes do. New York sounds like it was recorded in a blacksmith by a man with a tape deck and a microphone that has passed through a waste disposal unit, and it’s quite possibly the best thing that’s happened to us in months.

Plus they’re fronted by a singer called Teri Gender Bender. Which does make you ask: if your surname was Gender Bender, would you really call your offspring Teri?

For future reference, any press releases that come complete with a picture of the performer in full on Scandaweigen winter gear with an extraordinarily sweet looking dog for company are going to get a shiny gold star.

Forget endless, soulless parades of pretty boys who look like they’ve run through the All Saints warehouse with their eyes shut, we want real, gritty, dyed-in-the-wool breathable GoreTex. Suitable for four seasons.

Anyway. Calisota is the solo project from Olle Bilius, dog lover, North Face spokes-model and member of Swedish band Jeniferever. Opalbell is a sparse, icily ethereal number that is lovely and makes you long for a more imaginative comparison than Sigur Rós. But we just can’t. *sigh*.

If you’re wondering what it is that will make us like a band, it’s definitely if we can humorously mishear their moniker such that we assume they are named after some kind of treatment for medical misfunctions.

So you can claim all you like about it originating from the island patois for a ecclesiastical exclamation but the fact remains: that is two letters away from the only brand of dental gel that we let near our oral ulcers.

Ha. Ho. Hmm. Still. For all the space we’ve wasted, don’t be fooled. Creepin is a fantastically dark, sleek musical hybrid, that starts like some kind of minimal electro-sapling before blossoming into a full blown dancehall, er, tree.