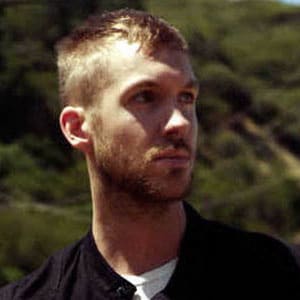 It’s been quite a weekend. The Stone Roses returned home to play a muddy field in Stockport for three nights. Lauryn Hill is going to jail for tax evasion. Adele announced she was pregnant. And Tom Cruise and Katie Holmes are getting divorced. We don’t think those last two events are connected, incidentally.

We’ve not let such exciting showbiz shenanigans distract us from the job at hand though. The job of pouring over this week’s new tracks, that is. So here’s our weekly round-up.

Little Mix – Wings
Ah those heady days of… ooh… just over six months ago. When Tulisa‘s “Little Muffins” sung, danced and cried their way to become X Factor winners of 2011. Now, after the customary break, they’re back with their first single (discounting that dreadful Damien Rice cover) – an event that’s always been wildly inconsistent. For every Leona Lewis and Bleeding Love, there’s a Leon Jackson and… um… er… (consults Wikipedia)… Don’t Call This Love.

Thankfully, Wings points towards Leona levels of success. It’s an absolutely stomping pop song, kicking off with an attention-grabbing brass salvo, before spiralling off into possibly the best mass market pop song since Girls Aloud‘s heyday. There’s clattering percussion, lots of handclaps, a brilliant call-and-response bit where the word ‘HEY’ is bandied about an awful lot, and it’s all shot through with such sassiness that you nearly forget it sounds an awful lot like Ain’t No Other Man by Christina Aguilera.

It will most probably be inescapable over the summer months, and you’ll have to accept the fact that by Christmas it’ll be as hatefully ubiquitous as Sugarbabes‘ Girls. Until then, enjoy.

The Tour-Raichel Collective – Bamba
This is the first fruits of a collaboration between Vieux Farka Tour, the Malian guitar supremo and the Israeli musician Iden Raichel. Following a chance meeting at a German airport a few years ago, the two recruited Israeli bassist Yossi Fine and Malian calabash player Souleymane Kane, and spent an afternoon in a recording studio in Tel Aviv in November 2010 improvising and jamming with each other.

The results are collected in a forthcoming album The Tel Aviv Sessions, and Bamba is a good idea what to expect. Tour’s extraordinary guitar playing blends perfectly with Raichel’s hypnotic keyboard – Bamba sways gently, and pulls you easily under its spell. It’s the sound of four expert musicians bouncing off each other and creating something rather special. We’ll have a bit more of this, please.

Calvin Harris feat Example – We’ll Be Coming Back
Example is the London Calvin Harris; Calvin Harris is the Scottish Example. They have been inexorably drawn together into a tag team of imposing proportions, like ying and yang; like cheesy chips and gravy; like Typhoon and Earthquake. They even look like each other.

But what does the end result of such an alliance, We’ll Be Coming Back, actually sound like? Is it a Harris-trademarked synth-heavy anthem with super-sized chorus, or an Example-typical anthemic synth-blast with huge refrain? A real culture clash, this.

Jessie Ware – Wildest Moments
As we see it, a pop gap has opened: the Lana Del Rey juggernaut has ground to a near-halt, Adele has left the building for the next five years (aye, right) and Cheryl continues to battle the technical issues associated with being completely and utterly tone deaf.

An opportune time, then, for new kid on the block (not literally) Jessie Ware to move swiftly on from her Shanks & Bigfoot-sounding breakthrough and plant her flag in pained songstress territory with the rather excellent Wildest Moments. Complete the blitzkrieg with debut album Devotion and a slew of live dates, and what do you have? The next Lana, Adele and/or Cheryl. Possibly.

Muse – Survival
Muse have always teetered close to self-parody, in a brilliantly over the top way, and with Survival, they turn up the camp-ometer to 12 and really go for it.

And as this is the official song of the London Olympics, this is going to be pretty hard to avoid as it will soundtrack Tom Daley, Jessica Ennis and, er, all the rest of the Olympic Team’s search for medals. Just in case you don’t get the connection, Matt Bellamy helpfully repeats “this is a race, this is a race, and I’m going to win” throughout.

Yet the more you hear it, you realise that for all the epic production, the crashing chords, the massed choir for backing vocals, and some significantly over the top guitar solos, there’s not actually much of a song here. For an anthem to piece together a medal-winning montage, it should work fine though. And thankfully, there’s no sign of the much rumoured ‘dubstep direction’ either.

George Michael – White Light
George Michael has been in the music business for 30 years now, but it very nearly came to a sudden and tragic end last year when he contracted pneumonia and came very close to knocking on death’s door.

It’s that rather frightening experience that provides the inspiration for White Light, his first original single since 2008’s December Song. There’s a trancey background, some heavily auto-tuned vocals, and plenty of lyrical allusions to mortality, such as “I’ve got to keep breathing” and, would you believe, “was it science that saved me, or the way that you prayed for me?”.

It’s a curious choice for a comeback single as it sounds rather dated and, to be honest, a bit too meandering. Yet we’ll let him off as he’s George Michael and it’s just nice that he’s still with us.

Elton John vs Pnau – Sad
When you find yourself short of original material, do as Aussie dance duo Pnau did: get in Elt’s good books, rummage through his old recordings and fashion them into a patchwork of an album. Job’s a good ‘un.

But this isn’t any of that Smack Your Bitch Up lark. No, this is contemporary, Radio 2-friendly dance your parents could happily bop along without looking (entirely) out of place. We only wish Sad’s source material – Crazy Water, Curtains and Sorry Seems To Be The Hardest Word – were jettisoned in favour of his real classics: Circle Of Life, I’m Still Standing and Kiss The Bride.