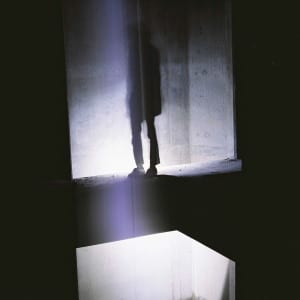 Absence makes the heart grow fonder. Unless you’re talking about Jessie J. So the, uh, ‘break’ this column took last week (due to some unfortunate confusion that meant we were forced to take refuge in London’s Ecuador embassy) should mean that you’re literally salivating over this one.

And it’s huge. The column we mean. Not the Ecuadorian embassy.

Egyptian Hip-Hop – SYH
Remember the Klaxons? Oh come on, of course you do. They won the Mercury Prize. They mixed rave with rock. They were the future. One of them married the lead singer of CSS. Who? You don’t remember CSS? Well…

In today’s fickle world, 2009 is almost prehistoric. Yet Egyptian Hip-Hop were one of the bands who appeared in the slipstream of the Klaxons, appeared very exciting and cool, and then promptly disappeared. Now, they’re back with a song that sounds murky, gloomy and strangely addictive. Sythns gurgle, drums clank and, from almost out of nowhere, a dreamy chorus rises up through the mist.

It’s all rather brilliant, and we can only hope that this second coming is rather more successful than that of the Klaxons. Otherwise, you’ll all be SYH (it’s ‘shaking your head’, Grandads).

Daughter – Smother
Smother may be the most quietly resigned song we’ve heard all year. Imagine a The xx track that has been fatally wounded by a spear and is now stoically and nobly settling in to accept the fate that the world has seen fit to charge it with, and you’d be near.

It’s absolutely beautiful. Sparse, dreamy and rich with grace and subtlety. And if it doesn’t leave you a blubbering, weeping wreck, then you’re a monster. A MONSTER.

Flying Lotus featuring Erykah Badu – See Thru To U
Flying Lotus (known to his mum as Steven Ellison) is quietly building up a reputation as one of the most inventive producers around. He’s already released three albums of off-kilter electro, and his fourth will feature such names as Thom Yorke, Niki Randa and, for the album’s first single, the legendary Erykah Badu.

See Thru To U is one of those songs that you can listen to on multiple occasions and still hear something different each time. Ellison is a master at producing unsettling, jazzy soundscapes and Badu is a perfect foil for him: not so much singing as free-associating over the roaming basslines and scattered percussion. At under three minutes, it’s short but very sweet, and it gets better each time you hear it.

Cat Power – Cherokee
Ladies and gentleman, we give you twice the Power. Two versions of Cherokee, the second single from her new album Sun, one having been fiddled with by Nicolas Jaar. Both are lovely and let’s face it, that ain’t always the case with remixes. A lot of the time you can imagine artists having to deal with them in the same way you have to deal with birthday presents from the slightly senile aunts: “Oh, thank you. You shouldn’t have. No, no, of course I don’t want the receipt.”.

Here, the Jaar gift keeps on giving. It’s astonishingly dreamy and floaty, almost a spectral representation of the original. An original which is slightly more direct, but still flutters with electronic textures and somewhat mystical tones.


Dave Sitek – Shoop Lion
If you hadn’t heard, Snoop Dogg has recently changed his name to Snoop Lion, and is now embracing reggae as his new career option. Yes, who would have thought that a man with Snoop Dogg’s prodigious cannabis habit would become a fan of reggae, eh?

It’s a bit of news that TV On The Radio main man Dave Sitek has obviously had some fun with, as he’s quietly remixed Salt N Pepa’s old hit Shoop, added some deep reggae dub vibes to it, and even thrown in a Snoop Dogg sample for good measure. It sounds like it could all be a big joke, but it’s actually pretty brilliant, with Sitek’s epic production sounding magnificent.

It’s a bit reminiscent of The Orb’s glory days, where you weren’t entirely sure what you were going to hear next – one minute there’s some old-school Salt N Pepa rapping, the next minute there’s a languid saxophone solo, the next minute we’re in heavy dub territory. Fingers crossed that this isn’t a one-off in-joke, as we’d like to hear more.

Mumford and Sons – I Will Wait

Boring band release boring video for boring song prior to boring second album that will sell in boringly massive quantities before boringly playing a series of boring shows in boringly cavernous venues before moving on to a boring summer where they headline boring festivals with a boring set consisting of boring old songs and boring new songs in boringly equal quantities.

We can hardly wait.

Woods – Size Meets The Sound
Brooklyn freak-folkers Woods formed in 2005, breaking through in 2009 with the fantastic Songs Of Shame LP. They’ve not looked back since (forthcoming album Bend Beyond is their seventh long player) and creative force Jeremy Earl, complete with his Grandaddy-style falsetto, is starting to establish himself as something of an indie treasure.

The band live up to their burgeoning billing with album track Size Meets The Sound, its campfire lo-fi distinguished – but not extinguished – by a slightly creepy demeanour and marginally off-kilter composition. Here is not only the aroma of roasting marshmallows, but also the unnerving solitude of the rural outdoors. Fantastic.

Saint Motel – 1997
LA indie-poppers Saint Motel are in the ascendency. Their recently-released debut album Voyeur is garnishing grins whenever it spins, and with 1997 the style-tinkering quartet have struck gold: it’s a rousing, cheer-inducing maison of melody, its tongue-in-cheek promo – in which a creepy version of lounge lizards Marty & Elayne render bar patrons catatonic – exemplifying the band’s creative streak, serrated humour and retro enthusiasm.

The Darkness – Street Spirit
The Darkness? Are they still around? We were fairly sure they’d long ago used up the modicum of national goodwill prompted by their wink-wink-nudge-nudge-glam-metal-in-inverted-commas. You believe in a thing called love? Very good, we’ll believe in it too. Justin Hawkins solo career? Get aaht of it!

Due to literally no demand whatsoever, the sequined Lowestoft four-piece are BACK. But forget their knowing, lighthearted and quintessentially English pop rockets of 2002: here’s a shrieking, shredding cover of Radiohead Street Spirit. If they’re serious, it’s a lapse of judgement; if it’s a piss-take, it’s a mistake.

Lucy Rose – Bikes
Lucy Rose is the voice you’ve often heard on Bombay Bicycle Club songs (most memorably on Lights Out Words Gone) but she’s also a pretty terrific solo performer, having quietly released a string of consistently excellent singles over the last year or so.

Bikes may well be her finest moment yet, a bittersweet love song which showcases her voice to its very best effect. She’s much more than the typical ‘girl with guitar’, there’s something refreshingly different and left of centre about Bikes’ arrangement, which makes the wait for her debut album so much more mouth-watering.

And if the video’s anything to go by, she’s pretty handy if you find yourself in a fight with a biker gang too.

Tom Waits – Hell Broke Luce
Tom Waits is not staring in Pirates Of The Caribbean 5. Not something you normally have to clarify, but given the teaser images that he released over the past few weeks complete with eyepatch and expression of YEARGH, it seemed more worthwhile than usual.

The teasing was in fact for a new video. This new video, accompanying Hell Broke Luce, a track from last years album Bad As Me. Normally, having been whipped into a frenzy of anticipation, a mere new video would have been somewhat of a disappointment. But this is really something else.

Hell Broke Luce is an astonishingly coruscating, darkly-humourous anti-war rant, listening to which is a bit like sheltering in a corrugated iron shack while under heavy mortar fire. And the video? Well, it takes the barrage and raises it to DEFCON 5 levels.