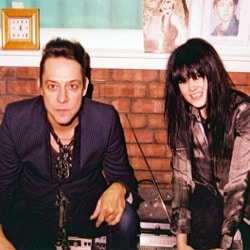 Times are hard. Really hard: Justice Secretary Ken Clarke can’t make it into work with anything less than a ruddy big black eye, there’s less caramel in a Curly Wurly than in a Chomp – even though the ornate bugger commands twice the Chomp’s 10p retail price – and a 176 Champions League final ticket includes a 26 administration fee for “costs involved” (printing said tickets onto Faberg eggs may not go down as UEFA’s finest hour).

Yet here at musicOMH we’re still intent on sticking it to the man. Barclays may continue to skimp on their multi-billion pound tax bill (“It’s our business to know your business,” they whisper menacingly), but we’re bringing back our tracks coverage to give you even more bang for your buck. Considering we charge you zero bucks, that’s infinite bang; science says so.

But let’s leave it to poignant pop puppet Justin Bieber to best summarise our mission statement: “OK, good, this guy is gonna hate on me for 10 minutes straight, saying that I have ugly hair, and I look like a girl, and my voice hasn’t dropped and all this stuff.” How right you are, Biebs. How right you are.

Anyway, we’re all getting distracted now. More importantly, The Kills (or, as they’re better known to their tabloid fans, her out of The Dead Weather and him out of Kate Moss) are back with their new single from their upcoming album – Blood Pressures.

And it’s ace. Imagine if Ghost Town (by The Specials) was a horse. And you took that horse and nailed two of its fetlocks together. Yeah. Oh, oh, and then turned that horse into a cyborg! Yeah. It sounds just like that.

My Dreamend usually involves Jet from Gladiators thanking us for a very pleasant evening while the Swedish women’s beach volleyball team serenade us with Enya‘s Orinoco Flow, the lyrics altered to reflect our ride to Grand National glory on Toadfish from Neighbours.

This Dreamend is tad more realistic; it’s Ryan Graveface – yes, that Ryan Graveface from Black Moth Super Rainbow! – with Magnesium Light. The track might have been knocking around for a bit but the video is new, and it’s a triumph of low budget peculiarity. The bestest part is definitely the goat on the roof. Or the weird ogre-child thing. One of those, anyway.

Cor blimey, guv’nor, get a Mark Kermode of this. This geezer, right, got all his Catherine Tates on the march on this run down mouse-on-a-plate, right, before coming crust-of-bread to crust-of-bread with this old merchant banker. Turns out, though, that they’re just a bunch of cheesy Quavers out for a Jack Palance.

This geezer, y’see, is none other than that lolly lick Danny Dyer, and there’s another fella – who chucks a Molotov, cos he’s well naughty – by the name of King Jacks, and his bangin’ stewed prune keeps the lads from a right old tear up.

It’s a bit showy and a bit shouty – like those Kasabian Berkshire hunts – but at least it keeps the old Bill out of the picture. Nice.

James Apollo – Call Off The Violins

American troubadour James Apollo has the blues big time. He could probably make kittens cry real tears with little more than the story of his tortured background (“Rolling up the Mississippi before he could register his first emotion”, which is a bureaucratic nightmare if nothing else) and his forthcoming career-spanning compilation entitled, er, Born Lucky.

To mark the occasion he’s giving away Call Off The Violins, an absolute zinger of a blues number that we’ve very kindly provided below. His next move, you ask? A concept album about an Arkansas singer-songwriter named Bames Bapollo who writes a concept album about the royalties he squandered by giving away his tunes for nowt. Meta-fact.

Vivian Girls – I Heard You Say

Floral dresses aren’t particularly frightening. Mostly. But duplicate them, place them side by side and… *shudder*

But, if that’s what you’re going for, it can work in your favour. So should you be an all-girl troop from Brooklyn it can be an ideal way of pitching any promo in order to play up the spooky, dead-eyed aloofness of your new single. Oh, look.

So chuck the jangly, surfy ’60s guitar, the icy female vocal and that identically dressed video together and I Heard You Say becomes something part Beach Boys, part The Velvet Underground, and part Village Of The Damned.

Whilst watching the Brits this week, you know the one question we couldn’t stop asking? Apart from, “How does James Corden have a career?” Oh, and, “Why do the other members of Take That let Mark Owen sing in public?” And of course, “Does Cee-Lo Green actually know who Paloma Faith is?” And “How are all these albums released in 2009 up for awards in 2011?

It was, “Where has Britney Spears gone?” God. We wish Britney was back. Everything is so much better when she’s around.

So consider this your prayers answered. Or our prayers, at least.

Not in a good way, mind you. Not in a happy, we’re-all-saved, oh joy, oh light, oh sweetness, oh sweet retribution way. But in a kind of soulless, corporately-backed, staggeringly product-placed, totally misguided, Britney does ‘insert current music trend’ (albeit poorly) way.

Seriously though, why do the other members of Take That let Mark Owen sing in public?

Watch It For Yourself