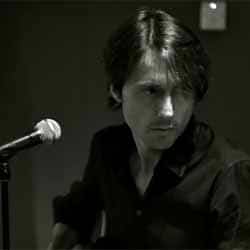 Were Nick Clegg to be marooned on a desert island (we live in hope), he couldn’t bear to be separated from Shakira‘s Waka Waka (This Time For Africa). It would also appear that Richard Madeley would grasp for John Mayer‘s brand of douche-pop, that Des Lynam would shimmy up palm trees to the warbling tones of Bette Midler, and that Duncan Bannatyne would crumble further into po-faced misery without his cherished copy of Chesney Hawkes‘ The One And Only. Apparently.

Radio 4 haven’t yet asked us to make our choices, and we’re certainly not holding our breath for that all-important phone call from Kirsty Young: at time of writing we fall just short of the levels of fame and notoriety required for an invite, our selection would likely offend all but the most damaged of listeners, and, thinking logistically, we’d struggle to track down our picks prior to departure (“You mean to say you haven’t got the Lucky 13 mix of Tattva in stock…?”).

Neverthehence, our beloved column has the capacity to throw up glorious tracks we’d happily take with us on our anguished, torturous and ultimately fatal exile. Failing that, we always have the option of beachside hara-kiri using the broken shards of Nicole Scherzinger’s latest CD. Bliss.

This, on the other hand, is not trash. In fact, it’s abso-bloody-lutely lovely. Taken from a forthcoming fourth solo album and a return to the Suede sound that scored much of the nineties, Brett Anderson’s Brittle Heart makes us feel warm all over. And really old, too; the beautiful sod.

Feist – How Come You Never Go There

Feist got the blues. From Monarch’s shadier lanes to The Reminder’s brooding passages, she’s been able to channel her most intimate melancholy as well as anybody.

Four long years on, the Canadian songstress is back – with long-time co-conspirators Chilly Gonzales and Mocky, as well as new blood in the form of Icelandic producer-lord Valgeir Sigurðsson – with a perfectly measured, slightly loungey number delivered in her inimitably gorgeous timbre. Another string to her bow.

The song sounds like some kind of lovely lovely baroque escapee from Joanna Newsom‘s last opus, exotically and lushly arranged.

The video looks like a QVC promo for a Sounds Of Ireland CD (remember this album is not available in the shops), with lots of stock footage of seagulls, crashing waves and rolling hillsides, and plenty of whistful gazing into the distance.

Plus, at 0:47, is that not the house from Father Ted? Is this video set on Craggy Island? Seriously, if Tori Amos covers The Divine Comedy‘s My Lovely Horse for her next single we promise to buy at least 100 copies.

The Rapture How Deep Is Your Love (Emperor Machine Remix)

So The Rapture will always have a special place in my heart. And this remix of a track from their upcoming album In The Grace Of Your Love, is funky and catchy enough to cause no end of worry for my neighbours. Maybe this time I can even get a real cowbell.

There’s a party in this column and everyone’s invited. Except you. Unless you change your shoes. And tuck your shirt in.

“My rhymes are so potent that in this small segment / I made all of the ladies in the first two rows pregnant.” So sang Flight Of The Conchords in the throwaway genius of their parody rap. Quebec nutters Chromeo, however, have taken the concept a step further, telekinetically impregnating gig-goers in explosive style.

It’s a little strange and, unless you’re intensely tokophobic, rather amusing. But the track itself? The type of tongue-in-cheek lite-funk that would have Tiga nonchalantly inspecting his fingernails, remarking: “Been there, done that.”

When we listen to a really good song, we start nodding our heads, like we’re saying yes to every beat: “Yes, yes, yes! This rocks!” And then sometimes we switch it up, like: “No, no, no! Don’t stop a-rockin’!”

With Nicole – part-time talent show judge and full-time Formula 1 WAG – it’s generally more a case of “Yes, turn it off” and “No, don’t press play”. Admittedly, Don’t Hold Your Breath isn’t particularly awful, but its 19 million views (and counting) account for a grand total of 110 years of gawping at slick, somnambulant chart fodder. Best not dwell on that thought for too long – Christ knows how many aeons have been sucked out of existence by N-Dubz alone.

The Kooks Is It Me

“Is it me / Is it you”, Luke Kook emotes painfully, like a whining teenager mistaking the expulsion of kidney stones for profundity, completely steadfast in the belief that if he doesn’t go to this party his life will be over.

In response, an entire nation’s ears prick up. They turn to one another with a thoughtful gaze, a hazy recollection of a joint pact to never, ever, ever mention The Kooks again drifting intangibly in their consciousness…

Snow Patrol Called Out In The Dark

So the central idea of this video is replacing Snow Patrol, from the visual perspective of lead singer Gary Lightbody, with a more “attractive” model, who isn’t in Snow Patrol, but who looks nicer?

‘Kay. For the next video, can we replace Snow Patrol, from an aural perspective of the song playing, with a more “attractive” piece of music, not by Snow Patrol, but that sounds better?

Really, Snow Patrol are music for people who no longer actually like music but who aren’t prepared to switch off entirely lest the solemn silence that would then envelop them causes a period of such vivid introspection that the straightforward banality of their existence becomes overwhelming.