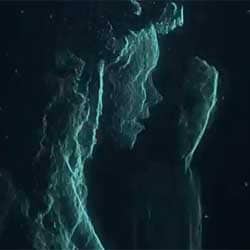 We need to talk about Steps (no, seriously). Back from the dead after almost ten years of relative peace and quiet, it would appear that now – yes, now – there exists a gap in the market for “happy pop”. So we can safely assume that their inexplicably popular album, tour and TV series represent benevolent magnanimity and not simply a cack-handed exercise in separating fools from their monies. And if you’re of the mind to, lather, rinse and repeat for the Stone Roses reunion (less line dancing, more swagger).

We could also do with talking about Google-basher MC Hammer, who missed a trick in not christening his new search engine 2 Legit 2 Click, and X-Factor turncoat Matt Cardle, whose half-baked conspiracy theories stoke the fires of schadenfreude in our otherwise wilted hearts.

But look, there are only so many hours in the day: we can cloy, clamour and speculate about lies, half-truths and gossip over a pitcher of white wine spritzer in Yates’ tonight (and every night), but for now we toast real music from real artists. For the most part, anyway.

New Look – Nap On The Bow

Just a few short months ago New Look gave us one of the tracks of the year in The Ballad, and more recently we stamped our approval on their debut LP with a resounding four-and-a-half (FOUR-AND-A-HALF!) orange stars out of five. That almost never happens.

The only way from such heady heights, we hear you guffaw, is down. Not true: Nap On The Bow sashays assuredly with the electro-arrangement deft-handedness the Toronto duo are fast making their trademark, and the visuals – put together, rather impressively, using Xbox Kinect technology – is little short of captivating. A good year for the real life couple; a very good year.

Were we to hand out tacky, angular, meaningless gongs for the best tracks of 2011, Big Deal would have to hone an acceptance speech suitably humble, teary and ohmygod-laden for the occasion. Yeah, okay, their Lights Out LP by no means blew us away, but Chair and Talk filled us to the brim with appreciative warmth.

Which brings us to Distant Neighbourhood. Though cheerily reminiscent of a dialled-back take on Ash‘s oft-overlooked Won’t Be Saved, it lacks the punch of its predecessors and instead goes through the motions of the contemporary shoegazing boy-girl duo: wistful gazes, vintage wares, idyllic lakeside setting. Still, it’s nice enough, and hardly qualifies as a blot on their copybook.

Eleanor Friedberger – her what’s in The Fiery Furnaces – is a little smasher: waiting for folk to get dressed to go out is an interminably tedious experience at the best of times, but Eleanor has turned the whole process into an endearing montage of the highest order, topped off with some high quality snecking on. Result.

My Mistakes won’t bring home any Ivor Novellos, but the audio-visual combo she places on offer here is a timely reminder that life, despite plummeting temperatures and driving rain, is generally full of sunshine (figuratively speaking).

A charity rap record? Exsqueeze us? No, it definitely is a charity rap record because it says so right here: Serbian rapper, producer and songwriter Filip Filipi in collaboration with Laws and produced by Deezle and Jonathan Lee, with all proceeds funding Boj za Kosovo’s efforts to procure medical equipment and supplies.

So everybody gets a warm feeling inside, but the track itself is the inevitable schmaltzy garbage of the fundraising single ilk, right? Not exactly: Kosovska sallies forth with the sort of passion, conviction and credibility the likes of Wiz Khalifa can only glimpse through suspiciously dilated pupils, and it’s a real ear worm to boot.

Yeah, we know that Lana Del Rey is flavour of the month, that Video Games is a Gary Jules-esque smash hit from leftfield, and that we’re hardly breaking new ground by shoehorning her into our small-but-perfectly-formed tracks column.

But look! It’s a live session recorded at Premises, Lana’s done up like a dog’s dinner, and it gives us a chance to cast vague, bitter and ill-founded aspersions on her character (the creation of record executives and marketing agents, you say?). Whatever, Trevor: four entrancing minutes await.

A track we’ve already scribbled about, played on repeat and taken to our hearts – its kitten-squeezing goodness etched into our very existence – now has a promo to match. Huzzah!

We must confess, though, that we’re at a loss as to its X-Men-meets-Village of the Damned concept, probably because in attempting to discern lyrics we’re little more than shrivelled centenarians straining to hear the hushed secrets of a timid grandchild. Ho-hum.

We can tell you a little something about effortless cool. Leopardskin print; ludicrously undersized boombox; unconvincing inner-city skateboarding skills. It’s all in a day’s work round these parts.

Judging by I’m His Girl, increasingly hyped Brooklyn five-piece Friends may be reading from the same songbook, and it certainly doesn’t hurt that the visuals accompany a deeply funky groove that reads like The Phenomenal Handclap Band gone dirty.

No, not a cover of the Alan Jackson classic, but rather an unexpectedly reigned-in number from pitch correction’s premier proponent, T-Pain. This isn’t out for aaaaages, this.

What to say? We have no beef with Mr Pain (his Lonely Island collaboration put paid to that), the retired Mrs Allen’s contribution amounts to a sample from Whod’ve Known, and we’ve already taken a pot-shot at Wiz Khalifa this week. So… 5 O’Clock is… pretty nice? What an odd note on which to end.