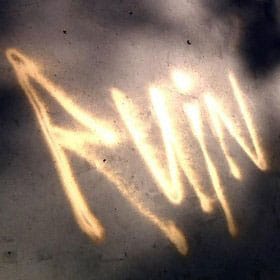 Cat Power – Ruin
Ruin is, believe it or not, Chan Marshall’s first brand new self-written material for six years. Following the rather flat cover version project that was Jukebox, it’s fair to say that September’s forthcoming album Sun is awaited with both anticipation and trepidation by Cat Power fans.

They can breathe a sigh of relief though, as Ruin is close to the best thing that Marshall’s ever done. There’s an insanely addictive looped piano riff threaded throughout, while Marshall sounds absolutely terrific – husky, flirty and winsome all at the same time, with possibly the sexiest ever delivery of the words “bitchin'” and “complainin'” yet recorded.

It’s a long way from the bruised despair of The Greatest, and the fragile majesty of You Are Free. If Ruin is even partly representive of Sun, then prepare to be very excited indeed.

Poliça – Wandering Star
There can be a discrepancy between tracks and their videos. Last week Azealia Banks‘ Liquorice contrived to dazzle the eyes (equine photobombing!) but blunt the ears, while Ultraísta‘s magnificent Static Light has been set to visuals best described as a slightly more dynamic BBC test card.

For Poliça and their utterly spine-tingling album Give You The Ghost, there is a pleasing symmetry: the haunting, glistening Wandering Star has been plucked from its trackmates and set against visuals (choreographed by Kanye collaborator Yemi AD) that are every bit as affecting as their hypnotic soundtrack. Extraordinary.

Yeasayer – Longevity
Always ones to confound expectations, Yeasayer have always been pretty difficult to pigeonhole. The experimental art-rock of All Hour Cymbals evolved into the pretty much perfect pop of Odd Blood, and now they return with… well, something completely different.

It’s funky, slightly trippy and weirdly reminiscent of Of Montreal at times, with Chris Keating’s vocals having the same affecting quality as Kevin Barnes’. It’s kind of the middle ground between All Hour Cymbals and Odd Blood, and together with the recently released Henrietta, nods at what should be a pretty thrilling direction for Yeasayer.

The video, too, will probably give you a major headache, unless you’ve taken a shedload of drugs.

Twin Shadow – Five Seconds
Brooklyn’s George Lewis Jr is on his way back with his second album Confess, and Five Seconds is the first taster from it. And if it’s any indication of that record’s quality, then 4AD are going to have both this and Grimes nestling in the Top 10 albums of 2012 come the end of the year.

Five Seconds is a hypnotic, doomy, synth-led track that starts off like the soundtrack to Drive on downers, but soon explodes into life with Lewis bemoaning “I don’t believe in you, you don’t believe in me, so how could you make me cry?”, with so much emotion you’re almost bawling along with him. And every so often, he’ll unleash a guitar lick that just tears your heart.

It’s all rather brilliant, and accompanied by a genuinely unsettling video full of motorcycle gangs and blood-splattered violence, which was apparently premiered in New York City’s Times Square over the weekend. Luckily, if you couldn’t make it over there, you can watch it below.

Kindness – House
Adam Bainbridge (who is, to all intents and purposes, Kindness) is not your run of the mill electro-pop producer. Covers of songs by The Replacements and the, ahem, Eastenders theme song nestle in his debut album, but House is one of his more conventional cuts.

There’s a touch of Sbastien Tellier‘s La Ritournelle to House, albeit on a slightly less epic scale. It’s both deeply sad and yet at the same time, oddly uplifting, especially when the chorus of “I can’t give you all that you need, but I’ll give you all I can feel” bursts out of the speakers.

It’s gorgeously atmospheric, blissfully melancholic and the sort of song you just want to sink inside. And Bainbridge is a much better singer than Anita Dobson.

Born Blonde – I Just Wanna Be
For the first few moments of I Just Wanna Be, there’s a sneaking suspicion that London five-piece Born Blonde have for their third single taken aim at Keane‘s arena rock recipe – sans keys – via a brief stopover in Doves territory. Frown lines form as if to say: “Just the wrong side of polished, this.”

But persist. Engage. Imagine. It’s the sound of blink-and-you-missed-them Icelanders Leaves reviving the modicum of success they enjoyed in 2002; the sound of the thrill-a-minute life between too-cool-for-school and commercial radio fodder.

Larry Tee – Charlie!
It’s one thing to remix the proponents of a genre, and quite another to project their likenesses onto the participants of an expensive game of doggy dress-up: cast your beadies on Madogga, Lea$ha, la Ruff et al, all glammed up by Lady Gaga‘s stylist. But when you invented the genre – as is the case with Larry Tee and electroclash (no, really), it would appear that you can pretty much do whatever the hell you like.