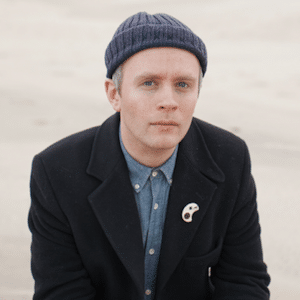 Things like this make us sad. If Andy Warhol was right and everyone is famous for fifteen minutes, imagine if your 900 seconds are mostly made up of getting pissed on at V Festival. Only this guy (and possibly Cher Lloyd) would know how that feels.

Still, there’s still a whole world of tracks out there, so gird up your loins, plump up your cushions, ring up your friends and tell them you’re sure you’ve just seen a lion, and read on.

Jens Lekman I Know What Love Isn’t
We think we know this. It isn’t renting the house across the street, buying the largest and most powerful, night-vision equipped telescope and then attempting to splice together the illicit images into a feature length film that you then show at the next amateur film festival? Yeah? Oooh, oooh, or, it also isn’t collecting samples of your beloveds’ hair and using it to cover the head of the atomically correct doll you’ve been carving from alabaster, which you then leave on their doorstep complete with love note fashioned from newspaper headlines.

No. Oh. Okay. Just for the record, none of those happened. Anyway, far more exciting than one persons’ highly subjective version of the ‘truth’ Jens Lekman soon has a new album out at the start of next month, and this is the title track from it.

Toy – Lose My Way
Three-fifths of Toy are previous members of Joe Lean & The Jing Jang Jong, but their sound bears little resemblance to the once-hotly-tipped-but-now-disbanded Razorlight-alikes.

Take Lose My Way, the band’s third single and second prelude to a forthcoming self-titled debut LP: it’s effortlessly cool, delivered in deadpan; an exercise in less-is-more as informed by The Velvet Underground, Sonic Youth and touring BFFs The Horrors. On this evidence, expectancy will not spoil their party a second time.

Grimes Genesis
You wonder how Grimes and her friends actually met. Ad in Gumtree? Wanted: like-minded individuals to mess around with. Must be into swords, sea, snakes, multi-coloured hair and limos.

It says quite a lot that Ms. Boucher is actually the most sensibly dressed in this video. In fact, her cooing vocal and general air of serenity gives the impression of this being her dream, and she’s skipping through it happily while you struggle to keep your sanity. It definitely interesting. There’s, well, things and uh, stuff happening and, well, forget it. We’re not performing monkeys. It’s down there. You watch it and tell us what it reminds you of.

Then we can compare. And contrast. And see where we get to.

Yet Keston Cobblers’ Club appear to be taking on new subscribers in their dozens – Steve Lamacq and Bob Harris among them – as they reap the alt-folk, pseudo-traditional crops sowed by Mumford and Sons, Bellowhead and the like (not literally The Like). Throw in childhood-reviving soft playground shenanigans and you’re getting plenty of bang for your monthly sub.

Beth Orton Magpie
In the 19 years of Beth Orton’s career, the creative powerhouse from Norfolk has released only five full-length albums – and the first of those, 1993’s Superpinkymandy, was a Japan-only release comprising of only 5,000 copies. Few artists can match the folktronic icon for quality over quantity.

Forthcoming sixth LP Sugaring Season is Beth’s first in six years, but once again the wait appears to have been worth it. The intricate crescendo of its lead single is a shimmering, glimmering gem; a jewel its titular magpie retrieves for its nest in a tree emblazoned with Joni Mitchell‘s initials and a big, squiffy heart with an arrow through it. Magnificent.

Normally remixes are little more than an opportunity to dick around with the tempo, or to have some rent-a-rapper scream “It’s the remix” in the middle of the middle eight, but this doesn’t. Instead it takes a window (the original) and fashions a pile of black velvet drapes (bass) and the nail-guns it to the frame with a set of massive, clanking, iron nails (???).

In the spirit of this, we’re going to end by taking a bit of our original review, and redoing it a different way: two… Different… Ways… is… grrrrrrrrreat (IT’S THE REEEE-MIIIX!).