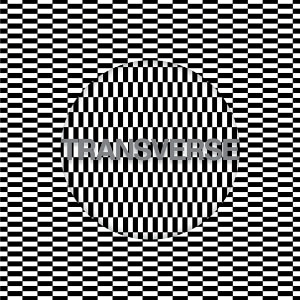 Oh! The march of time. Oh! the ever advancing onset of age. Oh! Woe! Oh! Drama! Oh! Pain! Oh! Suffering! Oh! Our back has gone.

One day closer to this column descending into rambling stories about things not being as good as they used to be and random, unexplained bouts of foul-mouthed ranting.

Oh. Perhaps it’ll be harder to spot than we may have envisaged.

Only, you know, not really shit. Their new album Transverse (from which V3 emerges, blinking, into the light) is a recording of Chris Carter (Throbbing Gristle), Cosey Fanni Tutti (equally Throbbing Gristle) and Nik Void (Factory Floor) performing at a festival last year.

It’s a glorious abyss of palpitating and pulsating noise, dark, sinister and yet beckoning you to dive headlong into its swirling, inky-black pools. Which we’re almost positive no one has ever said about anything starring Jason Statham.

Kiasmos – Thrown
This is more like it: Icelandic neo-classicist Ólafur Arnalds in tandem with Janus Rasmussen of electro-indie poppers Bloodgroup for an exercise in hypnotic, addictive and intelligent minimal techno that burns long in the memory.

The duo clearly bring out the best in one another – Ólafur lightening, Janus darkening – and exhibit enough in Thrown to suggest that forthcoming, self-titled debut LP Kiasmos (“a good excuse for the boys to get out of the house” as deprecating label spiel puts it) will be something very special indeed.

But sometimes, just sometimes, marketers get it right: DoYaThing is so utterly cushty – on a par with any Gorillaz-De La Soul effort – that it shatters the shackles of its sales-pitch origins, asserts its own danceable legitimacy and, conversely, strengthens the Converse call-to-action by not calling at all. A fine line carefully trodden, and all parties emerge intact. See for yourself.

Santigold – Disparate Youth
Santigold can do no wrong in our eyes. She could release a double LP with One Direction, marry Eric Pickles and buy shares in Viagogo for all we care: we’d still think she’s the cat’s miaow.

But Disparate Youth troubles us, it really does. If this lite, languid piece isn’t the sound of Santigold going through the motions then we don’t know what is. She’s still the bees knees – of course she is – but never has a track of hers held so little replay value: a couple of spins gratified, but now we’re simply perturbed.

But then again, they keep releasing tracks like You’re Early. Which is as wonderfully and deliciously poised as all of their previous tracks. It’s haughty and icy and fantastic.

And then we remember we don’t care. And then we make a pact to continue to go on about them until you BLOODY WELL LISTEN.

Besides, if you continue with this kind of cantankerous attitude, we’re going to confer you the title of the Eeyore of dubstep. And that’s not what you want.

Still. At least you aren’t Skrillex.

Summer Camp Losing My Mind
Oh Summer Camp. We thought you could do no wrong.

Turns out we were right. We always loved Losing My Mind, from the debut, loved the way it sounded so sweet and lovely and actually it’s about betrayal and despair and disillusionment what happens in ALL RELATIONSHIPS JUST WHEN YOU THINK YOU’VE GOT TO KNOW THE PERSON AND THEY TURN AROUND AND STAB YOU THROUGH THE HEART… Ahem. Sorry. Rough week.

The Pains Of Being Pure At Heart – Acid Reflex EP
It seems like only yesterday that we were caterwauling about Record Store Day 2011, our semi-obscure band tees (The Rogers Sisters and Milagres, since you ask) sopping up our perspired excitement at the sight of various artists’ seven-inchers.

But it wasn’t yesterday: it was last April, meaning RSD 2012 is just a hipster, skip and a jump away. Cue the exclusives, starting with The Pains Of Being Pure At Heart‘s 12″ remix EP featuring the efforts of Twin Shadow, Violens, Saint Etienne and Washed Out. This shit is so select you can’t even embed it, never mind download it (not until April 21, anyway) so for the time being you’ll just have to click here like the rest of us plebs. Deal with it.

Screen – Smokescreen
For us the term “electronic pioneer” generally brings to mind John C Reilly’s hilarious turn as Nikola Tesla in Drunk History, but it is also a term of reverence in reference to Alex Paterson: the good doctor, as co-founder of The Orb, is the father of ambient house.

So have at it as Paterson, with fellow stalwarts Gaudi and Chestar, proffers in Smokescreen a brew of dub, reggae and chillwave fit for a king.