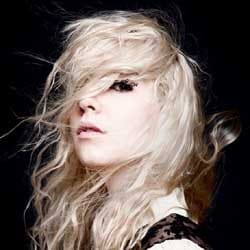 Part two of the December tracks round up…

We’ve pretty much ran out of superlatives for Austra by this point, managing no more than a broad smile and a whimper of pleasure following news of a deluxe, two-disc reissue of the frankly fantastic Feel It Break LP.

And while such bonus-laden reissues do have a tendency to disappoint (911‘s Greatest Hits Special Edition? Unmitigated shite, and a waste of 80), Katie Stelmanis and co appear to have struck gold. Firstly, a beautifully disconcerting take on Roy Orbison‘s Crying that has to be heard to be believed; secondly, M. Shawn Crahan – known to his mum as Clown from Slipknot – offers a terrifying interpretation of Beat And The Pulse that sounds like it could soundtrack the scariest film never made.

Posting covers of famous pop songs on social networking sites isn’t necessarily a wise move. We were convinced that our jazz-dub take on Des O’Connor‘s I Pretend had viral potential up the wazoo, but an embarrassing lawsuit and a pricey settlement put paid to that. We’re now a little older, a little wiser, and more dejected than ever.

Former Dead Discoer Little Boots, on the other hand, has gone from MySpace Miley Cyrus reinterpretations to a cavalcade of acclaim – one stellar LP along the way – and in Shake is building up a head of steam, its club-centric groove summoning disco-sequined, Moloko-soundtracked abandon and more than a little intrigue as to her next move.

Have you ever imagined what Starship’s Nothing’s Gonna Stop Us Now would sound like if it were a euphoric electro anthem?

We have. We’ve spent hours pondering this particular puzzler, turning it over and over in our mind’s ear attempting to piece it together, only to find that Foxes have answered it for us, with the quite smashing Youth.

Youth makes you pump your fist and makes you believe you can do it whatever it is, even if ‘it’ is starting an inappropriate relationship with a plastic mannequin. (Note, in case of confusion, this is a reference to the obscure 1980s movie which the song referenced in paragraph 1 featured in).

Cymbals Eat Guitars must agree: they wouldn’t look out of place performing on The Word – between Mark Lamarr dressing down an offensive guest and some bloke putting himself through a spin cycle – with a sound that harks back to when guitars ruled the world, slackers were winners and Auto Tune was just a feature on high-end VCRs.

Forget Adele, forget Noel Gallagher, forget all of the suggested new Bond theme writers. Because Patrick Wolf has nailed it. Together is a perfect Bond Theme.

Left-field, maybe. But listen to it. Can’t you see the women pirouetting around guns, legs-akimbo? Can’t you taste the martini? Can’t you see Daniel Craig pouting like a 14 year-old goth who’s not been allowed out to see The Cure through 150 minutes of derivative action sequences and poor plotting while it plays in the background?

Hundred Wait For My Racoon

The tragic tale of the unrequited love betwixt a woman and a raccoon. What could be more festive.

Although, in our mind, if she *really* loved that racoon, you’d figure she’d hang round a bit longer and try a bit harder before getting on the bus straight out of the woods. Commitment issues, we’d suggest.