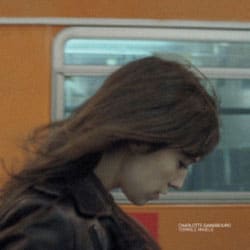 It has been a momentous week.

Yes, this week was THE week in which Mutya finally regained “limited rights” (whatever that means) to the Sugababes name. At least in terms of “paper products and stationery”. Maybe that’s what’s meant by “limited rights”. No longer will the blood of innocents stain the purchase of Sugababes wrapping paper or gift ribbons. The girl-band spring is rising. Vive la revolution!

To mark this special occasion, we’ve specially compiled a list of some entirely unrelated songs.

It would seem we’ve taught Ms Gainsbourg a thing or two about cool. Aimlessly wandering the streets at night; dancing in an abandoned multi-storey car park; carelessly mown down by a passing black Mercedes? All in a musicOMH weeknight get-together, mon cher.

But kudos to Charlie regardless, because Terrible Angels is a real electro hotdog of a humdinger; its nifty portmanteau of Feist and Goldfrapp punching adrenaline into the beguiling-yet-restrained IRM LP formula. It heralds a new album, too. We’ve permitted ourselves a frisson of excitement at this news.

It’s a song which sees Beyoncé shamefully admit she doesn’t know much about algebra. Actually, it’s worse than that, isn’t it, B? It’s apparent you don’t actually know what the word means.

It is seemingly predestined to play a large part in The X-Factor, as successions of attention-seeking fodder painfully attempt the requisite vocal gymnastics and grab handfuls of air like they’re being attacked by a particularly vicious wasp.

Also, as an aside, Beyoncé’s sultry look is almost indistinguishable from her ‘just taken a packet of Nytol and must avoid operating any heavy machinery’ look.

Lady Gaga – You And I (Wild Beasts Remix)

It was only matter of time before Lady Gaga ran into trouble with Wild Beasts: the incessant howling, the offal wardrobe, the pheromone drip-drip-drip of her raunchier sets. It’s a wonder she’s made it this far without being mauled by our forest-bound friends.

But You And I has hardly been mangled in this instance. Wild Beasts, in fact, have taken the Shania Twain-esque peppiness of the original and re-imagined it as something altogether more haunting. They are, in their own words, the butter knife to her butcher. Sounds painful to us.

James Blake and Bon Iver should be a match made in heaven. Like K-Ci & JoJo; like Sonny and Cher; one’s Tina, but the other’s not Ike.

Yet Fall Creek Boys Choir delights and confounds in equal measure, its molasses-paced minimalism pawing tenderly at the soul while conjuring a series facial expressions that could only be described as “WTF?”. Still, we suspect it’s a real grower. Twelvety cuica hoots out of five.

Bill Ryder-Jones Give It A Name

God. All that time in The Coral, Bill, with the dancing bears, the jaunty sea shanties and the blissful harmonics, all that time you just wanted to do something like this?

Has someone told Simon Cowell that the ‘collide’ market is as yet untapped? Is he making a strategic ploy for the big-bucks of soundtracking car insurance ads? Or is the SyCo song title generator broken, churning out variations on a common theme for him to hoist upon his charges, but everyone is so unbelievably burnt out to actually notice?

I ask, but I don’t care. Because ultimately, Collide is awful. Awful, generic euro-disco pap complete with a vague hint of piano-led euphoria, a vague nudge of David Guetta-esque vomit house and a heavy undertone of bandwagon jumping.

And yet, anyone who doesn’t want to see the next Admiral advert accompanied by Leona bawling “CRASH INTO ME / AT FULL SPEED” isn’t someone you want to have round for tea and biscuits.

Pusha T ft Tyler, The Creator Trouble On My Mind

But anyway, Trouble On My Mind casts ubiquitous headliner chaser and sometime OFWGKTA member Tyler, the Creator alongside production by the somewhat equally ubiquitous Neptunes, and succeeds in getting the best out of them both.

The skittering skeletal drums and Assault On Precinct 13 synths remind how good Chad and Pharrell can be, and they’re also the perfect platform for Pusha T to deliver in charismatically detached style. Even Tyler is happy enough to play second fiddle to that, turning in a couple of verses in remarkably restrained fashion. For him.

Remember when Daniel Powter was having a bad day, and was taking one down? How could we forget – the miserable arse didn’t stop rasping on about it for the best part of 2005. Thanks a lot, Dan (by which we mean thanks for nothing, Dan).

This is more like it: Humphrey Milles steps into the void left by Keane (nature abhors a vacuum &C.) with a hefty chunk of power pop pleasantry. The result is how Nickelback might sound were they not such irredeemable douchebags.