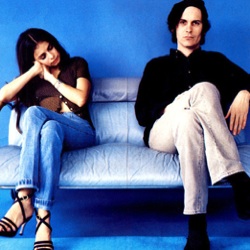 It’s about the time of year when people become reflective. We begin to look back over what has been a funny old 12 months, and start to ponder.

The highlights. The lowlights. The best of times and the worst of times. Oh, and when considering the later of those two categories please don’t forget the new album from Nickleback – Here and Now. It’s not out yet, but we’re confident your vote won’t be wasted.

But it’s also a depressing time for those whose sole contribution to society is to offer short sarcastic passages critiquing the artistic output of people who they’ve never met.

Mazzy Star Lay Myself Down

One of the most overused of all of all band comparators is Mazzy Star. So, can this reformation cause this oft used, oft abused, journalistic crutch to be destroyed, via one final tautological use?

This, sounds a bit like Mazzy Star. Don’t it?

Anyway, yes. Mazzy Star are back with a new single called Common Burn. Which this isn’t. It’s the b-side. But if the a-side is anything like the b-side two things will be true: 1) it’ll be fucking excellent. 2) it’ll sound a lot like Mazzy Star.

These reunions/reformations/returns are amazing aren’t they? Mazzy Star, The Stone Roses, Steps?! Wow. Next you’ll be telling us The Ting Tings are back with a new single.

The Ting Tings Hang It Up

The Ting Tings are back with a new single.

Well, bugger me. This world just keeps on giving, doesn’t it?

This is a weird one. Because Hang It Up is as naggingly annoying as a three year old on a long car journey, sounding much like M.I.A covering Mickey by Toni Basil. Also, if they wanted to make a video to ensure the whole ‘how much older are The Ting Tings than they claim’ debate is reignited, then job done. Really, really, really done.

But despite that, it isn’t quite as embarrassing or as hateful as it should be. Which is strange.

R.E.M. We All Go Back To Where We Belong

Hang on? Didn’t R.E.M. just break up? At least Tupac waited (a bit) before starting his posthumous career. If R.E.M. are going to continue releasing songs less than three weeks after ‘splitting’ we’re definitely going to have to call shenanigans.

But no. Our snide attitude is unfounded, churlish and unlikely to make us any friends. This is one of three new tracks featured on the upcoming career-spanning retrospective album Part Lies, Part Heart, Part Truth, Part Garbage, 1982 2011 released in November. There’s still no word on whether the original title was Part Lies, Part Truth, Part Garbage, Part Yoghurt, 1982 2011, but we’ll let you know as soon as we get a response.

It’s nice. Pleasant and melancholy. It also has a certain air of winding down. Like Michael and the boys are going round R.E.M. HQ clearing out cupboards, shutting windows and switching off lights.

Accompanying it we’ve got two arty looking black and white videos, one featuring actress Kirsten Dunst, who used to date Johnny Borrell, and one featuring poet John Giorno, who, uh, didn’t. As far as we know.

Modestep To The Stars

It’s touching. It’s tender. It’s acoustic. It’s draped with imagery of a lonely existence: an empty bedroom; an untidy floor; a PC left running for nobody in particular.

But wait, whats this? BAM! How would you like your ears throttled, yanked off and then trodden upon by four London lads who, like a more smartly dressed Pendulum, produce an almighty racket that can only be described using words like large, sick, and a little bit naughty? Then Modestep’s A-listed latest, sir, is most certainly for you.

A band could do worse than to register a Glasto performance that kicks up dust (or mud), and it would appear that Reading-based Worship’s debut earlier this year has set their trajectory in the right direction. Which would be up, we expect.

Labelmates and sometime-supporters of acclaimed art rockers Everything Everything, Worship seem to splice the aforementioneds moody angularity with the sort of bewitching electro (Austra, Gazelle Twin, et al) that has soundtracked 2011s myriad developments. Have at it, lads.

What? Oh, who knows. Maybe they adopted.

It’s got a stylish retro-tinged video that reminds us that while boomboxes do have a certain cache, they are less handy than an iPod, a bassline that could have been, literally, hewn from solid funk and a breathy bubblegum vocal. Now, all of those are, individually, certifiably good things. Put them all together and you’ve got something triply marvellous.

Estelle Back To Love

The dangers of peaking too soon: lining up for the start of the Great North Run and setting off at a tippy-toed, pointy-fingered sprint; reaching frankly unsustainable levels of success in your tender, formative years (Olsen twins, take a bow); opening your best man speech with a killer gag before humming and harring your way through the remaining five minutes.

The jury is out for Estelle as we see it, anyway after American Boy dared to soar closer to pop nirvana than any of its 2008 contemporaries. Although Back To Love puts us in mind of Don Henleys Boys Of Summer (not sure why), it just feels a touch flat. We fear she wont be selling out all the floor seats this time around.

Most right-thinking folk would think it safe to assume that a tender, toned-down Stereophonics cover would do little but blot the copybook of newbies otherwise described as exciting, up-and-coming or one to watch. Particularly newbies like Elsie who, were told, has a “dance floor heavy” single landing in January. Way to stoke the coals.

But this is different. This is Bach, and it rocks; it’s a rock block of Bach that she learned in the school called the school of hard knocks. Which, we confess, makes us rescind our initial assessment (“music to soothe timid kittens and/or colicky infants”) and instead nod appreciatively in the direction of one of this years more imaginative reinterpretations.