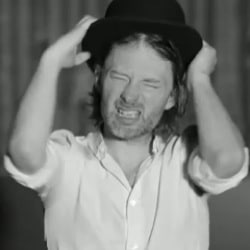 A week on from Glastonbury and should you remain keen to drink overpriced beverages from paper cups, then Hyde Park should have been your preferred destination for the Wireless festival.

But is there really much difference? Do Greenpeace provide as impressive a range of ways to pay for things you can’t afford as Barclaycard? Do Barclaycard get in the way of French nuclear testing as much as Greenpeace? Is contorting your body to fit within a tent more or less pleasurable than contorting your body around complete strangers in order to board the last tube home?

Regardless of the similarities, one thing is for sure. Until Worthy Farm can somehow convince dancefloor colossus David ‘nobody does it’ Guetta to headline, Wireless can surely continue to lord it over its 40-year-old brethren.

Say hello to our second favourite Glasto ‘Special Guests’. Actually, of all of the things Glasto taught us about ‘Special Guests’ the most pertinent is definitely: should you be Ke$ha, doing all gigs billed as ‘Special Guest’ is the only way of achieving a packed audience. Yes, that collective sigh and rapid exodus post-appearance is unpleasant, but that brief flush of popularity has to be worth something.

Anyway. Back to Radiohead. Back to The King Of Limbs, and back to the first of the series of track remixes that they are going to be thrusting at us over the course of the summer.

Caribou make Little By Little as skittish as an ant drenched in Red Bull dancing across ice, while Jacques Green decides to fix Lotus Flower by totally disembodying Thom’s vocal from the body of the song. Which leaves him orbiting in the lonely manner of a Chinese taikonaut knocking on the door of the International Space Station to borrow some tea while the onboard crew attempt to avoid a diplomatic incident by pretending to have all popped out to the shops.

David Guetta feat. Flo Rida and Nicki Minaj Where Them Girls At

Yes. Where are they? Were we, plural, a singular betting man, our money would squarely be on ‘them’ being with the local constabulary attempting to fill in a restraining order and asking how many ts there are in ‘Guetta’.

There’s something in the predatory sentiment displayed that makes you uneasy enough to call all of the girls you know and suggest that a panic room might be a good investment, and there’s something so astonishingly bad about this brand of lowest common denominator eurodiscopap to make you entirely question whether there is any point in listening to any form of recorded sound ever again.

It’s music for the Saturday night market town pedestrianised high street fist-fight. Somewhere between the kebab, the taxi home and the projectile vomiting into a bin.

So thanks Yuck for creating this video. Which features mosaics of genitalia, painfully suggestive cuts between crotches and very sharp looking knives, and some of the most enthusiastic fruit eating ever committed to tape.

The song is nice too; blessed with a hint of the dusty, mopey Americana that used to lay so heavily across Sparklehorse, albeit not quite with the same gravitas.

MOSAIC OF GENITALIA! Sorry. Just making the most of it.

James Blunt I’ll Be Your Man

Writing anything offensive with regard to James Blunt does now raise the possibility of being on the end on the end of a vengeful barrage of abuse from his mother.

So we’ll neglect the fact this single sounds like Just William finding employment as a hotel lounge singer and doing a karaoke version of Faith, and move onto something more fun. An exceptional new game, based on the principle of making your own version of one of the more wonderful lyrics – “baby come over / from the end of the sofa”.

Rules are, it has to begin with ‘baby’, have the ‘baby’ make some sort of motion towards our hero and then end with a location from which the baby must arrive. Oh, and it must rhyme.

Some to get you started: “Baby make sure you drop by / just after the clinic to fix your lazy eye”; “Baby bring me that orange / from the perch on the edge of the chaise-longue”; “Baby make your sojourn / while you’ve got the summer term off from completing an art history degree at the Sorbonne.”

Come on. Have a go yourself. Passes the time between now and your inevitable death.

Watch here and get playing

Revolution is hard. All the good ideas have gone.

Forget Kaiser Chiefs and their pick’n’mix album creation. This, this right here is the future:

Genius. We bow down. And, if that wasn’t enough, as a bonus added extra they’ve got a brand new single which is as epic and as melancholy as usual.