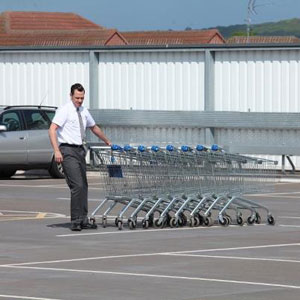 As you’ve no doubt seen, we love a themed column. So this week there was an obvious and predictable way that we could go. That concert by the palace? Surely the range of artists we could comfortably feature was almost endless.

But then we looked. We watched. We thought: Nah. We aren’t that cruel.

(Please note, this snidery does not – could not ever – extend to Grace Jones who is, was, and forever shall remain completely mental and insanely wonderful, in whatever she may do. Let’s hula.)

Will Young – I Just Want A Lover
So Will, no Jubilee invite this time round? You were robbed son, robbed. Little tip; rename yourself Will.Y.Oung, give it 10 years and you’d be rubbing the corgis with the rest of those Williams.

However, royalty’s loss is this column’s gain as it means we can feature Mr Young’s new single without compromising our first paragraph principles. I Just Want A Lover is not the long awaited riposte to Texas‘ 1989 classic, it’s more a wannabe cross between I Feel Love, Kylie‘s Slow, and an advert for Aldi.

And therefore, tinged with genius.

Julia Holter – Our Shadows
Crafting a track review is not as easy as, say, leaving a comment on YouTube. If it were, we’d remark how “Julia Holter is such a babe” and leave it at that. But she deserves better than that. You deserve better that that.

That said, our considered outpourings tend to dry up when we’re confused – and it would be safe to say that we’re not entirely sure what Our Sorrows is supposed to be expressing. The thread probably denotes something (the internets?) and the bowl of water is definitely symbolic, but our threadbare brains – further lulled into peaceful passiveness by Julia’s near-mood music tones – simply can’t compute. One to further digest, perhaps.

FAYE – Water Against The Rocks
This is lovely. And inescapably Nordic in that Annie, Robyn, icy electro-pop princess kind of way. It’s slightly lyrically, um, ambiguous (“find my husband / feed my cat”), and yet still achingly beautiful.

It also has a sky-scrapingly enormous chorus upon which Faye’s vocal stretches with all the heartbreaking longing of a small child reaching for the boat of dreams that has just drifted just out of reach on the pond of life.

Advance Base – Summer Music
We were particularly fond of Casiotone For The Painfully Alone. Frequent were the nights when we’d pair his lo-fi electronica with microwave meals for the habitually useless, sobbing fits for the tragically inept and a bright pink Snuggie for the irredeemably shameless.

But, having retired the Casiotone alias (and catalogue) after 13 years, Chicago jack-of-all-trades Owen Ashworth is back as Advance Base, and, by the sounds of it, the three-year wait for an Ashworth LP has been well worth it: Summer Music is plainly-put nostalgia, crafted with unmistakable intimacy. As for the puppet-led video… it speaks for itself.

Calexico – Para
Dust gives you asthma. It makes things look filthy. A half-inch layer of it in your bedroom is an easy way for the parents of any possible suitor to tell you’re not a worthy partner for their offspring.

But for Calexico, who come from dust, will return to dust and – of course – hail from a dusty place called Arizona, it’s the basis of an entire career. Para, from their soon to be released sixth album, follows their undeniably evocative template: gentle brushed drums, wandering Mariachi guitars (although toned a bit down here) and gently hurty vocals, all caked in layers of desert – oh yes – dust.

A Place To Bury Strangers – You Are The One
Internet acronyms do it for us. If we’re not ROFLMAOing at our BFFS on AIM, we’re either SBCN, SAPFU, or otherwise OOSOOM. But there is only one combination of capitals that really puts pep in our step: NSFW.

So turn the volume low, make sure your parents are downstairs and join us as we poise to hunch over the taboo-laden spectacle: violence, gore, boobies, and the sound of A Place To Bury Strangers rampaging around a viable hinterland between Joy Division and BRMC.

The Irrepressibles – Arrow
This week’s selection, it would seem, is brought to you by the letters N, S, F and W. May we present The Irrepressibles’ Arrow; the 10-piece ensemble’s beguiling sophomore effort in which head honcho Jamie McDermott treads Antony territory with all the ear-pricking authenticity such a sojourn requires.

This being The Irrepressibles, the accompanying visuals consist of provocative, highly stylised man-on-man nudie wrestling that culminates in a post-crescendo snog. Had Big Daddy and Kendo Nagasaki similarly shnecked on at the end of their bouts, we suspect there’d have been bloody hell on.