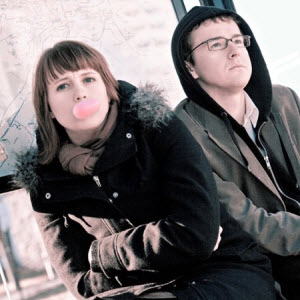 This week’s tracks are brought to you by an anagram of some of their titles: “O, you don’t spear Fiat now, twee Tories. They kill, file, thrive.” Which, we think, illuminates something very telling about the nature of the music industry in mid-2012. Think about it.

Frank Ocean – Sweet Life
Frank Ocean’s recent dignified and poetic ‘coming out’ statement has won him a lot of new admirers, and inevitably means that there’s going to be an awful lot of attention focused on his debut album Channel Orange.

Sexuality aside, Sweet Life is far more polished than his brilliant Nostalgia Ultra mixtape released last year. Produced by Pharrell Williams, Ocean’s marvellously soulful voice sounds as good as ever, and although the track seems to meander a bit, it’s redeemed by a ridiculously funky section towards the end.

It’s no Novacane or Songs For Women, but it makes for a good taster for what will surely be one of the most talked-about albums of the year.

Wye Oak – Spiral
Yes, yes, yes, yes. Like benevolent cactus farmers in a barren wasteland, Baltimore duo Wye Oak have deigned to let us sip further from their wares; an free sample of the elixir that so impressed us last year in the form of the excellent Civilian LP.

Yet Spiral is no run-off, no carelessly spilled droplet. It represents a departure – a rather massive departure, actually – from their organic shoegaze, and comes across as the dark, sinister, synth-straddling soundtrack to some forgotten cult movie of years past. A sign of things to come? We shan’t complain either way.

Plan B – Falling Down
He’s come a long way, baby as some bloke from Brighton once said. Five years ago, Ben Drew was the snotty, slightly scary rapper rapping about jabbing pens in people’s eyeballs, absent fathers and crackheads. Now he’s still a bit scary, but best known as a soul singer, actor and with the release of his debut film Ill Manors, a fully fledged movie director.

Falling Down is available as a free download as a taster to the soundtrack to Ill Manors, and although it’s not half as incinidary as that track, it still harks back to Drew’s earlier work rather than his Strickland Banks alter-ego. Lyrically, he’s on familar territory – the futility of life on a rough council estate, dreams being crushed, &C. – but Drew raps with such passion and conviction that it’s impossible not to be drawn into the rather grim world.

Drew is also doing something rather important with both his album and film – giving people a voice who may otherwise be denied one. It’s a voice that politicians, of all parties, would do well to listen to.

Childish Gambino – Real Estate
The multi-talented Donald Glover, aka Childish Gambino, is a successful stand-up comedian, actor and writer, and last year decided to add ‘rapper’ to his already crowded CV. To celebrate Independence Day last week, he quickly released a new mixtape for free, featuring a guest list of the likes of Beck, Danielle Haim, RZA and Ghostface Killah.

Yet Gambino saves the biggest surprise for the end of his mixtape on the track Real Estate. Glover swaps verses with both Alley Boy and Swank over a dark, compelling sound that seemingly eschews the more poppier sound of last year’s debut album Camp. After five minutes or so, it appears to end….

And then Tina Fey appears. Rapping. Yes, 30 Rock creator and all-round comic genius Tina Fey can rap. And she’s actually pretty impressive, dropping the F-Bombs like a trooper, although as she explains on the track, not the ‘n-word’ (“Not me, I don’t feel comfortable doing that”). So, if you’ve ever wanted to hear the unlikely sound of Liz Lemon rapping, step right up…

Stars – The Theory Of Relativity
Stars are a staple of our diet. Not the massive, luminous spheres of plasma held together by gravity, but rather the Canadian quintet whose career will shortly encompass six long players. Six.

Their next effort, The North, is preceded by The Theory Of Relativity, a buzzing, electro-sounding number reminiscent of Human League in more aspects than the interplay of lead singers Torquil Campbell and Amy Millan alone. To our ears the band are moving further towards bombast, leaving the more languid elements of their origins in the distance. No doubt it’ll grow on us.

The Tea Street Band – Disco Lights
As well as having a pretty brilliant name, this Scouse five-piece prove that not all bands from Liverpool have to sound like The Coral or The Zutons. Instead, they hark back to the rave scene of the late ’80s, but if you’ve had enough of nostalgic memory trips, don’t fear.

For the Tea Street Band bring something new to the party – Disco Lights is a beautifully atmospheric five minutes that pulses and shines, while Timo Tierney’s impassioned vocals lift the track up another level. Sure, the lyrics aren’t the most original (“feel my heartbeat…be with me tonight”) but it’s almost impossible not to dance to.

It’s dreamy, trancey, yet incredibly accessible – given the right breaks, The Tea Street Band could well be the next great band to come out of Liverpool.

But You Don’t Know only features MC Neat; it’s KH’s gig, and, despite the fact that he was a 10-year-old when A Little Bit Of Luck peaked at number nine, he’s got that late-’90s vibe down to a tee.