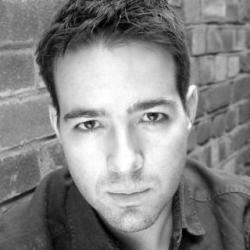 Ciaran McConville’s latest play, Snowbound is a study of love in all its forms.

After the death of their mother, Tom has put his life on hold to look after his autistic younger brother. Then he meets Mary and finds himself falling in love.

McConville’s previous plays include These Four Walls, The Settling Dust, Touched by Fire, Immortal and The Man Who Dreamed. He is also an actor and the founding director of the Debut Theatre Company.
Snowbound is a play that is is unafraid of big emotions. Was this a deliberate choice?

The plays I like going to see are the ones that hit you in the solar plexus, that make you laugh and cry in the space of an hour. So, I suppose that’s what I try and write. I always come out feeling indifferent to intellectual theatre. Which is not to say that plays shouldn’t have a message, or shouldn’t be overtly political, but I’m old fashioned in thinking that we have to care for the characters and the heart of the story, usually, has to be about love. So, yes, it was a deliberate choice to write about big emotions. The first draft (and there have been quite a few since) was a re-imagining of the world of old cinematic love-stories.

Were you wary of cliche when writing the character of Alex, Tom’s disabled brother?

To be honest, I think you have to be wary of clich when writing about any domestic relationship. The autism in Snowbound serves primarily as catalyst to a chain of events and relationships. The director and I avoided diagnosing the character’s condition for a long time, as it was really his childlike ability to cut through to the human truth of things that was important to the story. But we realised that an actor needs to play something specific, so we started to look at Asperger’s Syndrome. Rain Man loomed large, though, and we definitely avoided all the toothpick-counting stuff.

Does your background as an actor affect your work as a writer?

It definitely affects my writing, yes. I’m rubbish at structure, which is why it’s nice to develop pieces with intelligent directors from an early stage. That said, I think a background in acting encourages the writing to work from basic dramatic rules of objective vs obstacle. The acting and writing often go hand in hand, too, in terms of personal energy and inspiration. I usually write more if I’m enjoying the acting. And pursuing the two careers is sometimes tricky – I’ve read the Snowbound programme and bitterly envied the cast all their glamorous TV jobs. Pathetic really.

Who are your influences, both as an actor and a writer?

My friends and family influence me. That’s probably a naff answer, isn’t it? But my parents both value stories and language and passed that on to me, I think. My friends tend to be people I admire professionally and personally, and that often inspires creative work. In terms of drama, I love the American classics, but I’m fickle and usually fall for whatever I’m reading or working on at the time. Actors I admire, right now, are the cast of Snowbound. I’ve developed an unhealthy crush on all of them. There’s nothing sexier in the world than a talented actress.

Any future plans or projects you want to share with us?

I’m appearing in an improvised play (gulp) at Theatre 503 from 18th to 22nd March. It’s called Sound Dust and it’s directed by Jamie Harper, with whom I have developed a bit of a collaborative relationship over the last couple of years.

Snowbound will be at Trafalgar Studios until 19 April 2008