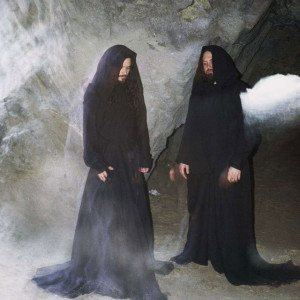 If festivals were kids in a schoolyard, SuperSonic would be the one crying in the corner; misunderstood, lunch money scattered at its feet by the big kids, yet all the time muttering darkly: “I’ll show them…”

From inauspicious beginnings legends are formed. In 2007 SuperSonic is the very personification of The Little Festival That Could. In its fifth year, this two-day event in beautiful Birmingham has already established a reputation for punching above its weight.
It has already hosted trip-hop gods DJ Food, Brit alterna-heroes Psychic TV, the wondrous Battles, the scarifying Dalek, even the frankly bonkers Senor Coconut and His Orchestra. Plus, in 2003, a minor collective of limited appeal called, oh, LCD Soundsystem.

So if, like me, you’d be hard pressed to join the genres together above and come up with anything so asinine as a theme to describe SuperSonic, you’re not alone.

What Capsule (the curating collective behind SuperSonic and countless other attempts to place Brum firmly on the musical map) have been instrumental in doing is presenting leftfield musical entertainment in a professional, welcoming environment which is the absolute antithesis of many underground scenes in many other cities.

At SuperSonic, you’ll find a fantastic collective of people working their asses off to ensure that you have your ears blown off. Even the setting seems to tick all the boxes on the psychogeography checklist: where else would you expect to be treated to comforting yet burning-hot sustenance than a venue that once served as a custard factory? Dive on in, fellow seekers, and soak up the mellow yellow.

Still not convinced? You should be: whatever your poison, there’s something for you at SuperSonic. Here’s the skinny on musicOMH’s potential festival highlights:

Sunn 0)))
The Arches Stage, 14 July 1am – 2am
Anyone with the slightest interest in the space where dark ambient meets drone metal should be on hand to witness the awesome, fog-machine powered live show of Sunn 0))). With a tendency to play gigs wearing robes that make them look like Saruman’s long-lost love children, Sunn 0)))’s Greg Anderson and Stephen O’Malley manage to make the sound of darkness sound, well, appealing. With songs that sound like continents colliding and a love of playing chords that seem designed to put you on the NHS organ transfer list, Sunn 0))) remain a strangely appealing live band. Don’t miss this chance to see them in the UK.

Mogwai
Outside Stage, 14 July 12am – 1:30am
Probably the most high profile of all the bands at SuperSonic this year, Mogwai’s recorded output over the last few years has been decidedly spotty. For all the highs from, say, 2003’s Happy Songs For Happy People, we’ve had to endure the relative mediocrity of the majority of last year’s Mr.Beast. Whatever their recorded output, though, Mogwai never less than rock live. Guitar heaven will be experienced if either Like Herod or My Father, My King rear their effects-laden heads….

Wolf Eyes
Medicine Bar, 13 July 1am – 1:45am
Like tamarind paste and William Burroughs, an acquired taste, but a taste worth acquiring. Michigan’s Wolf Eyes are the avant-garde noiseniks that even your Franz Ferdinand loving friend has heard of, yet probably hasn’t heard. I’ve never seen them live, but if their recorded history is anything to go on it’ll be confrontational, deeply challenging freakazoid noise bursts, punctuated by the welcoming calm of eerie field recordings. One for The Wire reader in all of us.

Miasma & The Carousel of Headless Horses
Arches Stages, 14 July 7.30pm – 8.15pm
Yeah, okay, more darkness. But at least it’s the European kind now, the dry zither punctuating The Third Man’s soundtrack, the doomed romanticism of Tindersticks , the kinetic folk songs of Goran Bregovitch that seem to work equally well at weddings and funerals. Miasma & The Carousel…’s recorded output to date is full of silver-screen’d drama, and they should be an entertaining prospect live.

Oxbow present “Love’s Holiday”
Medicine Bar, 14 July 9:20pm – 10:20pm
Leave the best until last. Oxbow are a four-piece from San Francisco, yet at SuperSonic we’ll be denied the full-on frontal assault of the full band. Instead, guitarist/backing vocalist Niko Wenner and singer/pugilist Eugene Robinson will regale us with tales from The Narcotic Story, their latest and probably (I’m still deciding) best album. Oxbow have been moving steadily away from the territories marked by traditional boundaries like ‘avant-rock’, ‘metal’ and ‘blues’ for some time now, and with The Narcotic Story they’re finally untethered and floating free upon a sea of possibility. I tell no lies when I say that, amongst all the amped-up aggression and militant effects loops on offer at SuperSonic, Oxbow will command the most bug-eyed agitation in their crowd whilst wielding nothing but an acoustic guitar. Don’t miss them.