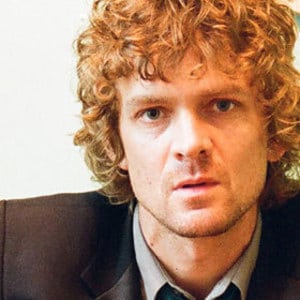 The support bands on tonight’s bill are worthy of comment – albeit for different reasons. First on are Five O’Clock Heroes, a tight (not to mention tight-trousered) Anglo-American hi-tempo new wave outfit complimented by a frontman whose vocal cords must surely share genes with Kevin Rowland. It’s retro, but a different retro to what’s currently being peddled in the charts. Their enthusiasm is infectious and by the end of an exhilarating set, I’m sold.

If Five O’Clock Heroes are your sturdy meat and potatoes band, second support act Psychid could be described as a slightly odd-tasting continental side salad. Being from Oxford, they (naturally) have a slightly fey-looking singer with Mark Gardner-style curtains (circa 1991) and a listless, disinterested posture. I’m just about to write them off as indie shoegazers when they launch into some demented, angular yet slightly proggy riffage with staccato vocals not dissimilar to Lena Lovich. As I peer round the rather awkwardly-placed pillar (right in front of the stage) to see the new vocalist, I’m flabbergasted to see a bald-headed bass player singing in this strange voice. And it’s a bloke. Days after the gig I’m still trying to reconcile in my head that strange voice to such an unassuming-looking chap.

The current buzz around Brendan Benson is that he’s apparently just recorded an album with old home-towner Jack White. But if you’ve not heard BB before, don’t think that he sounds remotely like The White Stripes. Benson’s clean-cut melodic powerpop is a far cry from White’s guttural blues howling.

Benson’s singer-songwriter sensibilities make him as American as apple pie, but his confessional lyrics, which often cover depression and failed relationships, give him a darker twist, which must have endeared him to Keane‘s audience when he supported them recently. I spy some young girls swooning down the front, and rightly so – he’s a good-looking chap; all blond curls, blue eyes and slight figure (which must have provided some well-needed eye candy at those Keane gigs).

Those hoping to hear tracks from the new album previewed would not have been disappointed. The set comprised of no less than eight new songs from forthcoming long player The Alternative To Love, including new single Spit It Out – which all stood up well against old favourites Metarie and Tiny Spark.

Despite the one off-ness of this gig, I couldn’t help feeling that Benson was going through the motions. It’s difficult to say what’s missing when your band of choice come onstage, play their songs perfectly adequately and then leave again. Perhaps it was the fact he didn’t arrive on stage until 10pm, muttering “Okay, let’s get this over with”. Perhaps it was the absence of the moog-esque synth on Tiny Spark which I found disappointing. Or maybe he was just a bit nervous about playing so many new songs (betrayed by the odd wrong chord played here and there). But if powerpop is the musical equivalent of an adrenaline rush, this gig was more like a caffeine-free Diet Coke.