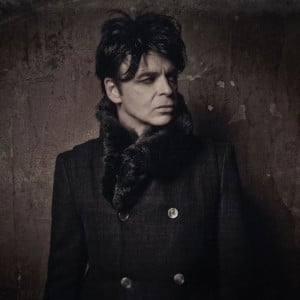 Whilst the mouth-watering prospect of a David Byrne-curated Meltdown Festival remains some way away, it is worth remembering that London is a capital city offering a wealth of forward thinking and high quality arts events the whole year round. Convergence is part-festival, part-symposium, focusing on innovation in music and the deployment of technology.

In addition to a very strong programme of live performances, Convergence also features panel discussions (presented in collaboration with an interesting roster of partners from the digital and online worlds including Mixcloud and Songkick).

Yet even when such events the future of the music industry or the role of live visuals, they still serve to emphasise the central role of artists. The innovation in multimedia, digital art and live music visuals (20th March, Kachette) will be followed by performances from Leafcutter John and Scanner.

A crucial feature of the programme is its two major artist talks from Matthew Herbert and George Clinton, discussing their careers and their relationship with technology. Herbert’s use of technology, particularly in sampling, has been fundamental to his work – the thread that draws together his musical, social and political concerns. He is always engaging in conversation, and is one of the country’s most philosophical and thoughtful musicians who often embraces the opportunity to explain the concepts and practices behind his work. 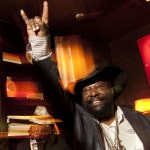 George Clinton (16th March, Amnesty International UK) is a legend with an influence that can hardly be overstated, although the role of technology in his work is perhaps less immediately obvious (especially given the importance of proficient live musicianship to the Parliament and Funkadelic sounds), so his perspective may be more surprising.

The line-up of live shows looks irresistible and unmissable, with some thoughtfully programmed multi-act bills featuring some of the most innovative and radical musicians at work in the field of electronic music. There is a celebration of Kraftwerk’s Radioactivity from Matthew Bourne, Franck Vigroux and Antoine Schmitt that promises to gaze to the future as much as it shows reverence for the music’s heritage. The opening night line-up (12th March, Village Underground) puts Warp artist Clark (who continues to get better and better) on a line-up alongside the extraordinary Vessels, an act who have recently taken a compelling detour in to electronic worlds. 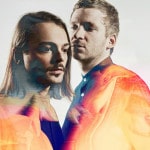 The Erased Tapes label has long been a favourite at musicOMH, and a brilliant home to open-minded modern composers looking to blend acoustic and electronic sound worlds. Kiasmos feature Ólafur Arnalds (now perhaps best known outside these circles for composing the Broadchurch theme) and Janus Rasmussen. Their beats-driven music is glacial, melancholy and haunting and should perfectly suit the meditative surroundings of St John-at-Hackney (13th March).

As ever, one of the problems of such wide-ranging events is the unfortunate clashes that inevitably occur. Yet a choice between the Kiasmos show and the mouthwatering double bill of Andy Stott (whose recent prolific streak has been matched by his energetic radicalism and inventiveness) and Inga Copeland (the less notorious half of Hype Williams, who deserves not to be overshadowed by the work of her sometime colleague Dean Blunt) is a seriously good problem to have. 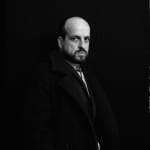 Matthew Herbert’s return to his Herbert moniker (under which he produced some of his most accessible, club-friendly music) is a rare example of looking back in a career that has otherwise plowed relentlessly forward. But the music on the Part 6, Part 7 and Part 8 EPs has found fascinating new ways of framing his four to the floor preoccupations, and his show at Village Underground on 17th March looks set to be one of the highlights of the Convergence programme. It will be interesting to see how he presents this music given the absence of a rigorous conceptual, political or theoretical framework. 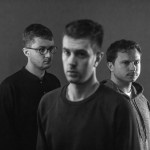 One of the most impressive elements of this year’s Convergence bill is the number of artists with long and distinguished careers. Gary Numan returns again to London, and will no doubt bring back his loyal audience, necessitating a bigger and more conventional venue space (20th March, Royal Festival Hall). Mouse On Mars continue to produce music that is cerebral and visceral in equal measure, the reconstituted Portico launch their new electronica album as a trio, whilst artists as uncompromising and unpredictable as Andrew Weatherall and Tricky (with superb support from Gazelle Twin) are brave additions to the bill.

It’s also vital to delve beneath the surface too – as joining the headline names are some of the most important artists working in electronic music right now, and Convergence boldly celebrates the contemporary. So Zomby (playing alongside Pantha Du Prince and Darkstar at St John-at-Hackney on 21st March) and Shackleton (supporting Mouse On Mars at Village Underground on 20th March) may provide some moments of originality and excitement. 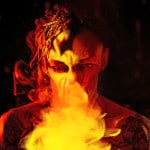 It’s important to note that a number of the shows do run well into the night (with some finishing between 1 and 3am). Any attempt to cover the whole event will no doubt be both exhausting and hugely enlightening. Convergence promises to be one of the most compelling showcases of contemporary music and originality in London for some time, and one of the big highlights of 2015.

Convergence takes place in various London venues from 12-21 March 2015. Further information, event timings and artist biographies can be found at the Convergence website.