Richard Hawley: “We are being led by psychopaths.” – Interview 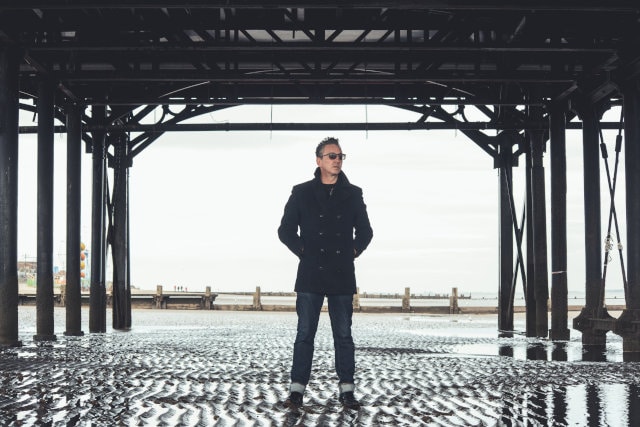 Richard Hawley declares himself “well braindead” on arrival. He has been doing a day of interviews, chatting about new album Further, with each one overrunning. As he nonetheless amiably steels himself for another round of questions, we dive straight into his eighth album. It’s the first of his LPs not to feature a Sheffield reference in its title. Was ‘Further’ chosen to illustrate how he is pushing himself creatively?

“Yeah, it was about that a bit,” he says, “and it was also about moving on. I’ve had seven albums of titles to do with Sheffield, and after the last record I left the Richard Hawley thing alone for two and a half years. I immersed myself in films, and found that a different way of being creative. Then when I came back to the album format I was sifting through stuff I’d written and it felt brand new. There was beauty in it but more importantly the pleasure too. I found the film stuff to be quite a solitary way of working, much more so than with the band. When I was back in a room with the band it felt like life was complete again in some way.”

There is no messing about with Hawley’s latest. Further gets off to a flying start with the coruscating guitars of Off My Mind. Was it important for him to start the album with a flourish? “It was sheer power,” he agrees. “I was getting back to the art of writing songs that are three minutes long or thereabouts. I’ve always been an indie kid at heart, but now I’m an indie bloke. Recording Further was as fresh as the sessions for the first album.”

There is a strongly instinctive approach to the record, as it naturally unfolds. “Like I said, it’s because we’d been apart. The lads in the band, they don’t get the credit they deserve. We’ve been together nearly 20 years. When I was writing the songs for Further I got about halfway through and there was a backlash, I was almost deliberately trying to make something really rubbish. It was an antidote to all the hateful shit that’s been going on in this country. I just thought ‘fuck it’!” 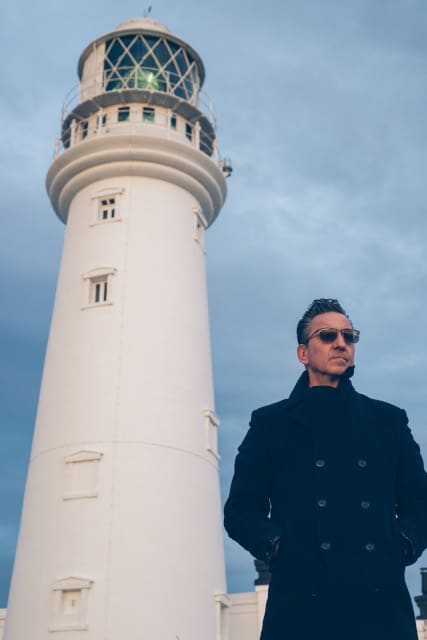 On the day we speak, UK Prime Minister Theresa May has given a date of resignation – and Hawley has been keeping up with developments between interviews. He is however none the wiser. “Fucking hell, what is going on?! They’ve all left the ship, and now Turd of Turd Hall is likely to be prime minister,” he says with an obvious reference to Boris Johnson. “It makes me think of how when I used to go fishing with my granddad you’d get the maggots writhing as we waited to use them, and that’s what is happening now.”

His observations of society are shot through with passion. “It occurred to me the other day when I was thinking about this, and there was a hateful scene of children stabbing each other. We have had 16 years or thereabouts of austerity, and the average age of a child carrying a weapon is 16. I don’t think that’s a coincidence.”

Turning to Further and its arrangements, we talk about Hawley’s use of strings, so often used as a wall of ineffective sound, but here earning their place with every note. “That’s the job of them, not just to be a wash,” he confirms. “It’s like being part of a watercolour, and they should carry the communications as much as the vocals.”

He enjoys working with instruments outside of the traditional rock band line-up. “Oh yeah, very much so,” he says emphatically. “The two guitars, bass and drums became de rigueur, but the guitars, bass and Patagonian nose flute are more for me! In reality I collect sound, and my main instrument is the studio. I thought of an analogy to go with the new album, which is that of a glass band with different coloured beads and marbles on it. They’re connected by their form, but the colours are different.”

Finishing the record was a labour of love. “We spent a lot of time sequencing and re-recording,” he recalls. “If you get the sequence of a record wrong it can really fuck up, but getting this one right was like solving a Rubik’s Cube. The job usually falls to Colin Elliot, who is the bass player in our band but also a producer on the album. He usually does the gigs and set lists, but with this one I ended up taking over. It was still very much a collaborative effort, as I do always try to listen to people when I’m working.”

“I’m losing or have lost hope in politics, but I do still believe in music – and in football.” – Richard Hawley

One of the standout songs on Further is My Little Treasures, a song in development for 12 years but which is finally crossed the finishing line. It is a powerfully emotional look back to Hawley’s departed father, but more through the eyes of the company he kept. “The song is about dad, but it’s more about kindness. A couple of years after he had gone, I heard from Pete and Roger, who grew up on the Parson Cross estate – they were the bass player and the drummer in my dad’s band. They rang me up and wanted to go out for a pint, which was great, so I agreed – and they said to meet them in the Weatherspoon at half past seven. I turned up and the fuckers weren’t there! I waited an hour but nobody showed and I went home. Then I spoke to them on the phone again and they said, ‘Where were you?’ I was there at 7:30, I said – but they meant 7:30am! We managed to sort it out, and I met up with them. Pete said they had something to show me, and it was a picture of him and my dad in the 1950s with a motorbike and sidecar. The photo had frayed as it’s now 50, 60 years old, but it was incredible to see it there. That’s where My Little Treasures came from, and it is more a tribute to them than dad.” Hawley agrees the photograph is all the more poignant being only available in its physical form. “It’s a lot more disposable, a pic like that – he’d long since lost the negative and that was the only copy. It’s still in his wallet now.” 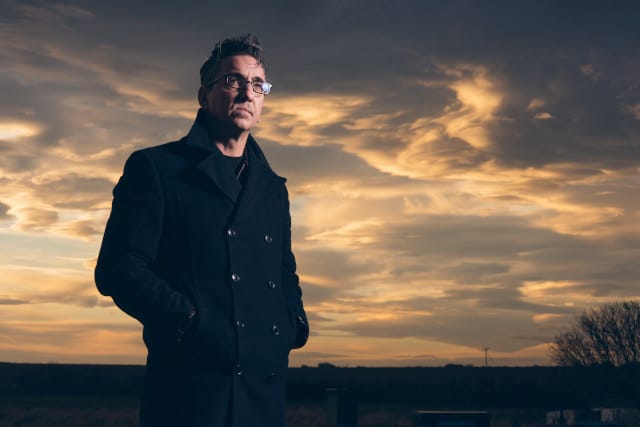 This year has seen a revival of Hawley’s musical Standing At The Sky’s Edge, a biography of Sheffield’s Park Hill estate that ran at the city’s Crucible theatre through March and April. He remains proud of the work, but is immediately keen to stress its collaborative properties. “It was a long process, making it – eight years of hard work – and it really ramped up when the button was pushed. The workload from everybody was just immense. It’s very important to say that, as it’s not the Richard Hawley show at all. It was Chris Bush who wrote the book, the director Robert Hastie had a massive role to play, and so did the musical director Tom Deering and a lot of others. I don’t want to take credit where I don’t deserve it. There was a lot of focus on me, probably unfairly, but if it was bad it would definitely have been me who got it in the neck. The story was about the slums that were cleared to make way for Park Hill, and the parallel with my grandparents, who lived in those slums.”

Would he say Sheffield has changed much in the last decade? He sighs heavily. “We’ve got the same problems that are universal all across the country. We have problems with supposed legal / illegal highs, and the homelessness is horrendous. It’s become the new norm, and as far as I see it the cracks are widening. It doesn’t happen overnight, either. People become that desperate over time, and I do think it’s a product of successive governments who don’t give a fuck. That has become so apparent over the last two days in politics. My wife is a psychiatric nurse, and I asked her for a definition of what a psychopath is. She said it is ‘a person without empathy’, and from that definition I say that we are being led by psychopaths.”

Within this bleak context, he agrees his own artistic work carries a higher currency than ever. “Music is a much undervalued part of being a human being, because of the marketing behind it, but what’s interesting to consider is how those suffering with dementia really respond to it. Music is the last thing to go. When I was a lot younger I would go with my mum, who was a nurse too, and I would play in a dementia ward. You could work out from a person’s age what songs they would like, and I would sing them and watch them bloom and come back to life right in front of my eyes. I’m losing or have lost hope in politics, but I do still believe in music – and in football.”

Richard Hawley’s album Further is out now through BMG.

He tours the UK this autumn, starting on 27 September at Wakefield’s Warehouse 23 and stopping at London’s Roundhouse on 17 October.

Full tour dates and further information can be found at richardhawley.co.uk