Festival Preview: End Of The Road 2006 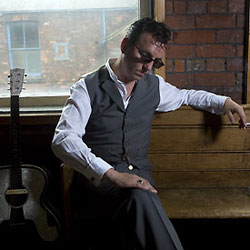 Conceived by organisers suitably impressed by Wales’ Green Man festival, Salisbury’s End Of The Road bash sets out with a noble manifesto. By ignoring over-hyped bands, they give those chosen more time to play. They have a wide array of quality food and drink.

Most of all they want to attract people who go to a festival for the music. And lots of fun, of course.
Similar in approach to Huntingdon’s sublime Secret Garden Party, not here will you find lagered-up, once-a-year gig-goers revelling in a freedom they don’t know how to handle, and the 5,000 festival capacity ensures that there will be a similarly rare and refreshing intricacy among people of all ages.

The End Of The Road will also be a great place to take the kids, the beautiful setting of Larmer Tree Gardens on the North Dorset/Wiltshire borders, near Stonehenge, providing lush grounds in which to freely run amuck. The only things they’ll have to look out for are the peacocks and huge parrots that will roam around with them inside the grounds. There’s also a Kids’ Area for more controlled fun.

Parents and others may be interested in a unique selection of local beers and ciders, with a choice of Real Ales and the Glastonbury-famed Somerset Cider Bus a treat for such-inclined connoisseurs. Commercial banners are promised to be at a minimum, so that the activist within us all is banished for a whole weekend, and the music can be indulged in with an untainted sense of wonder.

The magnificently outlandish Flipron will perform in the Tipi tent on Friday, and are supported throughout the weekend by names on the tip of the tongue of every hipster currently worth his attire. Our Little World, Tree Creeper, Gethin Pearson and the Scenery, Frightened Rabbit, Emmy the Great, Stuffy and the Fuses, Findlay Brown, and the stunningly-named Thirty Pounds of Bone are but a few, augmented possibly by yourself, who will be invited to perform if you so wish.

Five acts not to miss at End Of The Road:
1. Darren Hayman
2. Flipron
3. Ladyfuzz
4. Tilly and the Wall
5. I’m from Barcelona

The Tipi is officially described as “an ongoing jam tent where you sign up for a short slot on the day; open to all kinds of artists, whether reading poetry, doing stand-up, or yodelling”.

Amazingly promising is a showcase of Scandinavian talent at the festival, which, with one of the organisers being Swedish, is setting out to represent the best in the profuse amount of Nordic musical genius about at the moment. Watch out for the spectral alt-pop sounds of Hemsted, Fanfarlo, El Perro Del Mar, Suburban Kids with Biblical Names, and the twenty-headed I’m from Barcelona. Swedish snacks and other Scandinavian treats further whet the appetite.

The miscellaneous fun promised at End Of The Road also includes the old Viking game Kubb (rather than the band of the same name), after which we’ll all retire into the night to watch Ingmar Bergman movies. I sincerely hope I’ve read this bit right.

All in all a thrilling and idyllic weekend is promised for the alternatively-inclined in a festival affectionately set up and, with a bit of luck, similarly executed. It’s virtually the last one of the year. Miss it if you dare.