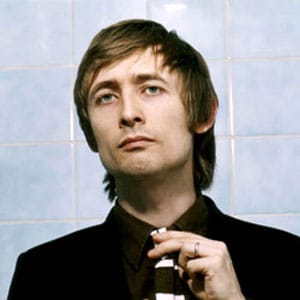 After Neil Hannon discussed the brilliance of Ben Folds in several interviews, Ben eventually returned the compliment by asking Neil to tour in America earlier this year. Fast forward to the present day and Neil reciprocates by inviting his new buddy over for a tour of the UK and Ireland.

Tonight it was Dublin’s turn. Not long after the doors were opened, the beautiful Ambassadors Theatre was full of excited faces with all eyes glued to the stage. First came an entertaining 20 minutes from a man called Chris T.T. who played songs about how good beer is. Not surprisingly this got a positive reaction with many pints being held high into the air as a salute to this philosophy.

A deafening cheer filled the Theatre as Ben Folds ran onto the stage and immediately launched into One Angry Dwarf and Two Hundred Solemn Faces. The best feature of his set was the fact that it was just himself and the piano. No other musicians or effects were involved. This displayed just how much of a competent performer he is and how strong the songs are.

The piano was subject to an onslaught of abuse, as Ben bashed hard at the keys as he sped through his set. Surprisingly, a significant number of tracks came from his old Ben Folds Five albums rather than his recent solo album ‘Rockin The Suburbs. In fact only two songs from this fantastic record were played, Zak And Sara and Fred Jones Part 2, but this was barely noticed.

As a performer and stage man, Ben is up there with the best. His facial expressions to the crowd, standing up to play the louder songs, short witty comments between songs and getting the crowd to sing the trumpets from the classic song Army, all added up to a marvellous show. As he left the stage and the piano was taken off, there was a general deflated feeling running through the audience. But this did not last long.

As Neil and his new backing band sauntered onto the stage, a thunderous applause arose. Like Ben, The Divine Comedy played a set consisting of famous and not so famous songs from their back catalogue. From Becoming More Like Alfie to The Drinking Song, the tunes sounded as fresh as ever. Thankfully a substantial amount of new songs were also played. Apart from one rather depressing drone, the new songs sounded like a mix between the breezy pop side of TDC and the more mature Regeneration side. And what a damn fine mix that is! I think a lot of the fans were a little worried about the new material perhaps going in a completely different direction but tonight’s performance should have put a lot of minds at rest.

Approximately five minutes after the band left the stage a spontaneous explosion of clapping erupted. Turning to the stage to find out why, I was shocked to see Ben’s grand piano being wheeled back on! And then began the most entertaining 20 minutes of the night. They took turns with one at the piano and one on the microphone singing each other’s songs. The sight of Neil Hannon clutching the microphone and bellowing out the classic Ben Folds Five song Brick while Ben plays along on the piano with a huge grin on his face, is a memory that will stay with me for a very long time. Ending with the rare sighting of Ben with a guitar (shock horror!) they belted out the Flaming Lips song Race For The Prize.

Overall a very entertaining night and showing a lot of promise for the future of Divine Comedy. However I couldn’t help but feel that Ben Folds got a larger cheer than The Divine Comedy and that he should have been the headliner (as he was in the USA leg of the tour). Ah well there is always next time. Come back soon Ben!