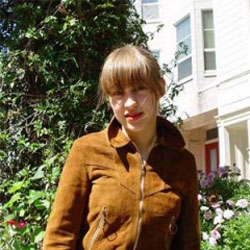 It’s May and that means it’s time for ATP and its loyal fans to take up residence once again in the chalets of Butlins in Minehead for its first festival of the year. Taking a break from the usual credible music legend curators, this time they’ve drafted in The Simpsons creator Matt Groening to choose the line-up and compile what is, in effect, his own ultimate live mixtape.

For those not familiar with the format of ATP festivals, or if you just haven’t got round to going along, the brand celebrated its 10-year anniversary in 2009. Where others have been less successful, it’s managed to pull off the concept of providing an alternative to the corporate festivals. By holding it at Butlins, everybody gets their own space in their own chalets, and the attendance is forcibly capped at 6.000 – less than most of the festivals marketed as “boutique”. Its present home offers such luxuries as a swimming pool, a bowling alley and a beach over the road, while the chalet concept means that you can have a shower, make a cup of tea and watch the Hollyoaks omnibus before the music starts.

But it’s not really about the home comforts. It’s a music festival directly aimed at music fans – music geeks, even. Groening’s not a novice at this, having successfully done the job before at the 2003 festival in Long Beach, California. As expected he’s come up with a selection of artists that would sell out a festival if it was held in Skid Row. What’s more, a quick glance at the stage times released shows that the organisers have clearly learnt from past mistakes and found a way to ensure that the whole weekend will almost certainly be free of headache-inducing clashes. With the three stages all being a short stagger from each other, and as long as the hosts find a way to ensure that the attendees aren’t going to be waiting endlessly on a one-in one-out basis, everyone should be kept very happy indeed.

Groening’s selection is well-balanced, with an eclectic range of styles. In the Pavilion, the sprawling hub of the site, you’ll find vintage, seminal offerings from Iggy And The Stooges, currently touring their Raw Power album, and Spiritualized playing their Ladies And Gentlemen We Are Floating In Space album in full. Plus more current commercial indie-pop is covered by ubiquitous Londoners and BBC General Election coverage soundtrackers The xx (who will play twice on the Centre Stage) and She & Him. Pleasingly, Mali has representation courtesy of Toumani Diabat and the carnival party shenanigans of Amadou & Mariam.

It’s also noticeable that Groening’s chosen some of the most interesting women in music, and in doing so has provided a more gender-balanced weekend than often happens. Sunday in particular is looking like the best Lilith Fair sequence that never was with Juana Molina, Hope Sandoval And The Warm Inventions, Joanna Newsom and CocoRosie all scheduled to play the Centre Stage. Throw in the likes of Built To Spill, Daniel Johnston and ATP favourites Lightning Dust and it’s looking like one of the strongest and most interesting itineraries that has ever been put together.

ATP always spoil the punters by delivering some of the best acts in the world hosted in an environment set up for family holidays. This, the first of four weekenders of the year, should be brilliant. With Pavement, Belle And Sebastian and Godspeed You! Black Emperor already announced as the curators at the remaining weekenders this year, ATP’s 2010 offering is shaping up to be tastier than a box of doughnuts.

ATP curated by Matt Groening takes place on 7, 8 and 9 May 2010 in Butlins, Minehead. Tickets and more information can be found at the ATP website.