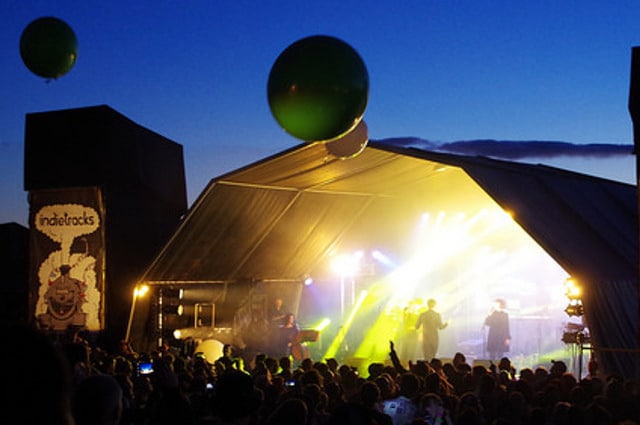 With more festivals than ever vying for our hard earned cash, it can be tough deciding which to go for. In fact, that there are so many that you’ve got to wonder whether we’ve reached peak festival? A quick browse through ticket sale sites would suggest tickets aren’t flying out as quickly as they’ve been known to. Which is great news, because there’s still time to dust down your tent, dig out your sleeping bag and book a weekend of al fresco music. And to help you decide which, here’s our guide to the best the UK has to offer this year.

What: Pioneers of the multi-arts festival, Latitude boasts comedy, film, literature and theatre stages, alongside an always strong music line-up.

Why: Set in beautiful surroundings, Latitude has the buzz of Glastonbury but on a much smaller scale. And the line-up is super impressive. Before we even go anywhere near the music stages, there the lines of Simon Amstell, Katherine Ryan, Reg D Hunter, Nish Kumar, Andy Parsons, Nina Conti and Richad Herring on the comedy stage; in the ‘speakeasy’ there’s Simon Armitage, Pete Paphides, Robin Ince, Marcus Brigstocke and a huge host of podcasters and writers.

What: One of our favourite festivals – and certainly the smallest to make this year’s guide – this annual indiepop and steam trains gathering sees cult indiepop bands playing at a heritage railway centre, with acoustic shows on trains, lots of real ale, owls and late night campsite discos.

Why: Having celebrated its 10th anniversary last year, there’s been a bit of a shake-up in the run-up to this year’s festival, with all but two of the original organisers calling it a day. A fresh team of long-time Indietacks fans are on hand, and they’ve been as scrupulous as ever in crafting a impressive line-up. As new programmer Beck Conway explained: “We talked a lot about headliners and interesting bands we’d like to invite quite early on and were really pleased to secure so many on our wishlist! We then ran through all of the applications to fill the majority of the slots, scoring them all and discussing who to choose between us. It’s quite a time-consuming process but it’s very democratic and it means that the line-up we have now is something we’re all really proud of.”

Tickets: £79 for the weekend or £41 a day from indietracks.co.uk

What: THE folk festival. It’s been running for over 60 years now and its reputation earns it a remarkable billing year after year.

Why: One of the most life affirming things you could possibly do is spend a sunny afternoon at Cambridge Folk Festival. The site is big enough to comfortably fit a handful of tents but is manageable enough to make for a very relaxed experience. From world music to traditional folk and more contemporary interpretations of the genre, it’s an absolute joy to explore.
Who: Shirley Collins, Frank Turner, Indigo Girls, LAU, Jake Bugg, Hayseed Dixie, Oysterband, Loudon Wainwright III

What: A gorgeous festival nestled in the Brecon Beacons – surrounded by miles of mountains, forests and waterfalls.

Why: The stunning backdrop is what really makes this festival unique (even rain looks stunning there!). In fact, the organisers encourage festival goers to make the most of it, and camp from the Monday, so that they can enjoy the great outdoors. Aside from the scenery, the line-up is always brilliantly considered – a real muso’s event.

What: A festival so embedded in our culture that the host cities’ names alone are enough to identify it. The line-up flips between the northern and southern sites, with major names always guaranteed.

Why: This is one of those coming of age events: everyone HAS to go to Reading or Leeds at some point, and whether you’re a casual or hardcore music fans, there’s always going to be something to pique your excitement.

Tickets: £213 for the weekend from ticketmaster.co.uk

What: End Of The Road marks the end of the summer, and since its incarnation in 2006, has become the festival goer’s last hurrah before the canvas gets packed away for another year.

Why: It’s small but beautiful, with a line-up that punches well above its weight. As well as music, this year they host comedians including Adam Buxton and Joe Lycett, craft workshops and film screenings including some classics alongside newer releases.