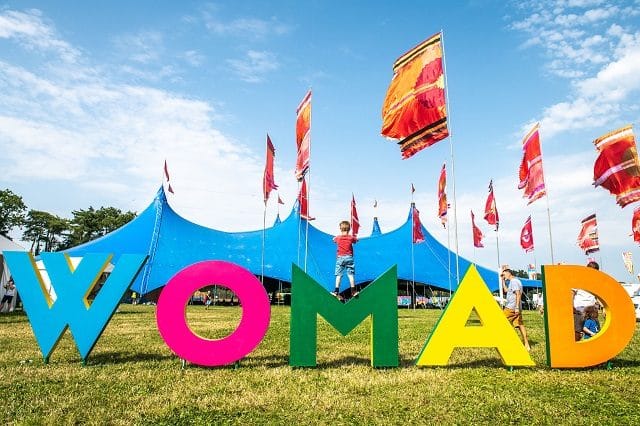 All music festivals may be partly about escapism and adventure but each year WOMAD seems to outdo itself, offering an abundance of opportunities to immerse yourself in a world of positivity, hope and inspiration. Yet, while escapism is all well and good WOMAD once again proved itself better than most at driving real change and trying to improve the world we live in. Their belief in the power of music to overcome division and conflict remains as strong as ever and, as always, they bring a fascinating selection of artists from around the world to Wiltshire. Ahead of the festival founder Peter Gabriel urged everyone to come together to celebrate our differences and in this respect they were emphatically successful. 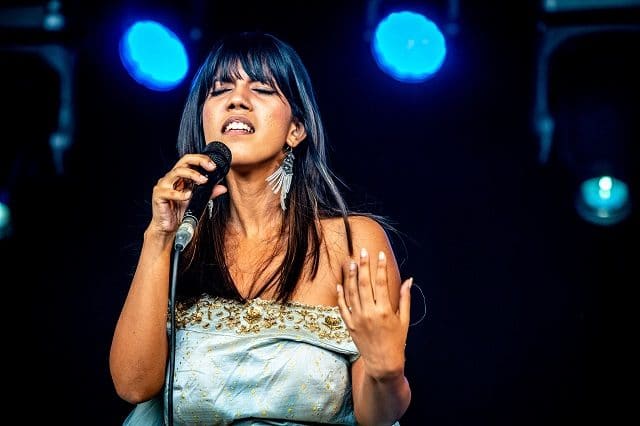 Thursday opens in traditional style with the Malmesbury Schools Project taking to the main stage, this time alongside the Bollywood Brass Band. Later, Juan De Marcos’ Afro-Cuban All Stars bring their swaying, dancing sounds to Charlton Park. Friday sees the music get underway in full and a typically diverse array of artists awaits. Canzoniere Greciano Salentino are the first act on stage and make a strong impression with their impassioned, fiery Italian ‘pizzica pizzica’ folk music. Next, Georgian vocal polyphonists Iberi Choir bring a soothing aural balm to the festival. Clad in black smocks and with swords hanging from their belts there’s something vaguely medieval about them but their singing has an appealing tenderness to it also. Ghanaian highlife band Santrofi bring an altogether dynamic to the main stage later. They are remarkably assured and proficient for such a young band, seemingly channelling the prolonged sunshine into their infectious, rhythm-heavy music. Surely, they’ll return to the festival before long.

The later parts of the afternoon have a distinctly subcontinental feel. Anandi Bhattacharya bridges the gap between the traditional and the modern with her softly delivered, alluring Hindustani songs and ragas, while Pakistan’s Ustad Saami plays his first UK show soon afterwards. Despite his 75 years he released his first album God Is Not A Terrorist earlier this year and today he plays the album in full. He is one of the few remaining practitioners of the Surti musical style, singing in 6 languages and provides one of the day’s most hypnotic sets.

Another artist to have released an album earlier this year is Ethiopian-Israeli singer Gili Yalo. He brings the proverbial melting pot of musical styles, a form of jazz fusion that has a sharpness and boundless energy. He looks to be enjoying the festival as much as anyone else and his music is as bold and colourful as the garish orange trousers he’s wearing. 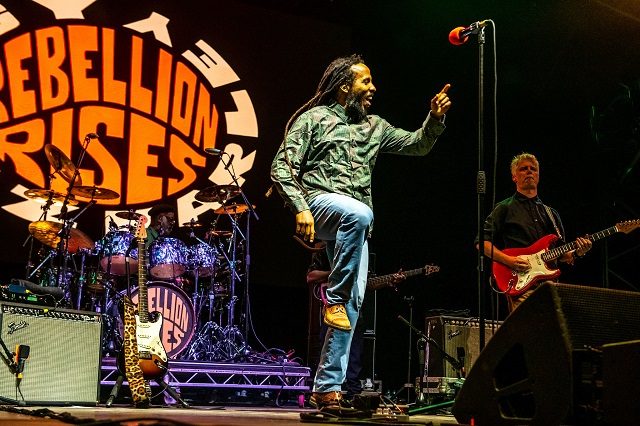 Macy Gray is one of the most recognisable names on the bill this year and she draws a huge crowd to the Siam Tent (she should have arguably been on the main stage). Her smoky and soulful stagecraft is polished and on point however, particularly on the likes of Do Something. She throws in a couple of curveball covers (Nothing Else Matters by Metallica and Creep by Radiohead) but when she sticks to her own material she reminds us that she’s still a great performer. Naturally, she finishes with I Try. Ziggy Marley closes the first day and while he may not be doing anything particularly new his songs sound fresh and engaging and strike exactly the right note with the WOMAD crowd. True To Myself in particular is one of the highlights of the first day and he throws in a couple of his Dad’s songs to lift the atmosphere even further. 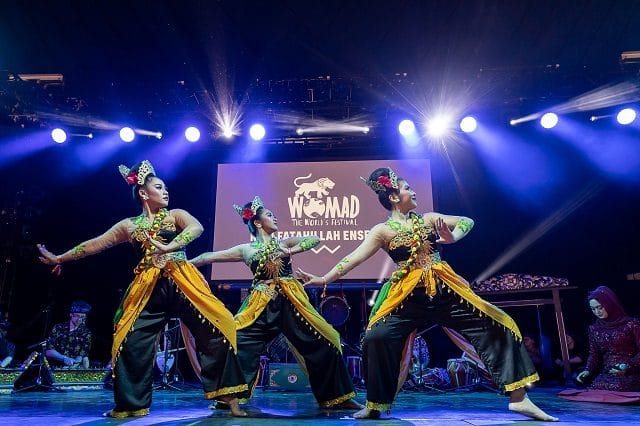 UK jazz outfit Soothsayers kick things off on Saturday, their powerful socio-political messages, multi-ethnic make up and combination of musical styles reflecting their home city of London well. Their music is defiantly feelgood in nature and when they introduce their ‘youth band’ on stage towards the end of their set it adds a nice extra-generational touch. The Kyai Fatahillah Ensemble hail from Indonesia but are more than your regular gamelan ensemble. Theirs is a more percussive and holistic sound that also incorporates vocals and wind instruments. Over at the Taste The World stage the singers from Ukrainian folk group DakhaBrakha showcase their taut, three part vocal harmonies while frontman Marko cooks their local dish borscht (as bowls are passed out to the audience we can confirm it is as tasty as their music is interesting – they play a full band show, drums and all, later in the evening). Nadine Shah greets the crowd with a lively “Alreet WOMAD” when she appears on stage, adding Geordie to the range of rare dialects heard on site this weekend. She has an irrepressible stage presence and delivers a captivating, muscular set that draws from her Holiday Destination album. She closes with Out The Way, the line about her being a second-generation immigrant being particularly powerful in the context of the festival. 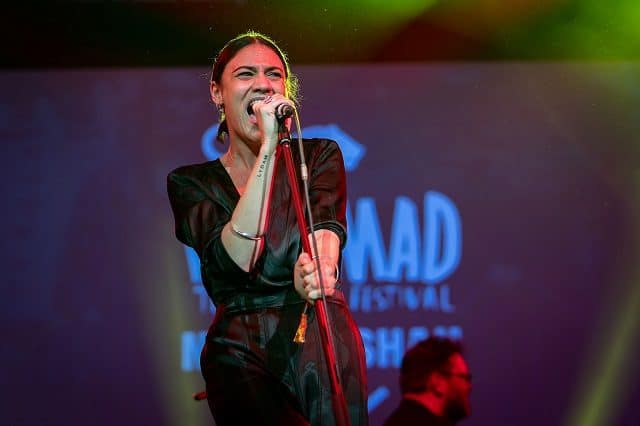 Salif Keita draws a huge crowd to the main stage in his later afternoon slot. He’s arguably the artist with the biggest backstory to him, a true WOMAD icon and he plays a set of joyous, moving songs that represent the best the festival has to offer. Anna Calvi may not be a typical WOMAD headliner but she’s undoubtedly a fantastic performer, her dark dramatic vocal crescendos and spiralling guitar dynamics sounding imperious, especially on tracks from latest album Hunter. 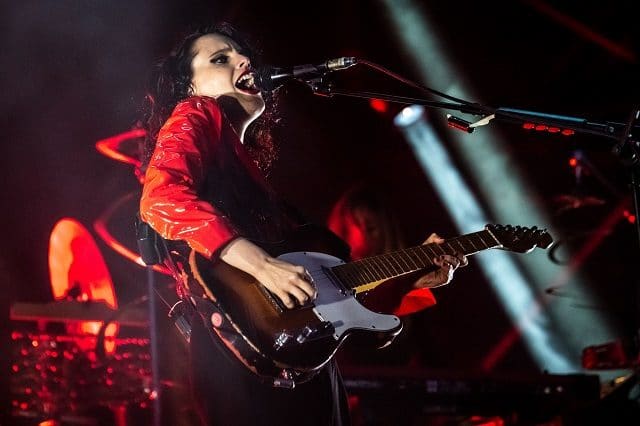 Sunday begins in low key fashion with a playback of Nusrat Fateh Ali Khan’s Live At WOMAD 1985 album. Recently restored from the master tapes, it serves as a reminder of his singular vocal prowess as well as confirming that WOMAD has a pedigree and history to match any other festival. Later, the same tent sees Charles Hazlewood conducting Army Of Generals and the British Paraorchestra in a performance of Kraftwerk Re:werk, “an electronic, symphonic journey on the Autobahn” that recasts music from the seminal band’s Trans Europe Express album in impressive style.

WOMAD always produces surprises each year and one of the stars of the festival this year is South Korean percussionist Kim So Ra. With the help of her band she plays a dissonant, fast-paced set on the Charlie Gillett stage. To Western ears it is a compellingly different, primal and experimental sound. Later, she uses her janggu drum to lead a workshop that gets a group of festival goers to learn more about the music of South Korea. In classic WOMAD fashion, barriers are dismantled and human connections are established. Workshops are a key component of the festival – earlier Irish singer Brona McVittie heads up a beautiful singing workshop and Tomo Chiba delivers a fun session of hip hop/house street dancing to an all-ages crowd. There’s also a brilliant selection of children’s activities taking place over the weekend, culminating in the Sunday afternoon children’s procession which is as impressive and moving as ever. 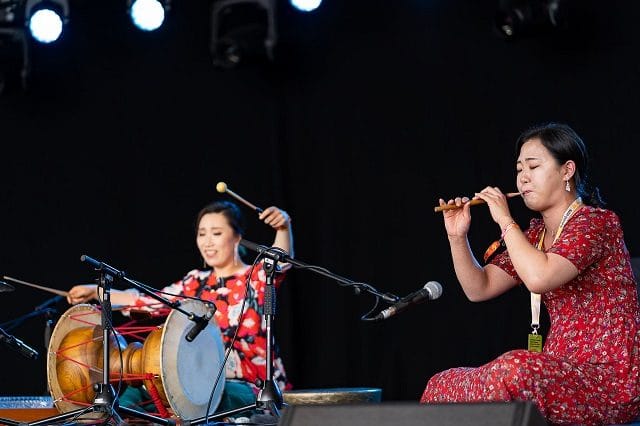 There’s no let-up in the pace and quality of music meanwhile. Bantou Mentale are the latest in a rich lineage of Congolese bands and their set is full of supercharged energy and impact. Next, the main stage hosts formidable London nine-piece world-jazz troupe Cymande. They bring their huge brass tunes and lithe funk workouts to an appreciative crowd. They finish with the irresistible The Message and we can only marvel at one of the most experienced bands at the festival. Fofoulah are a more modern, thoroughly hard-hitting proposition and tracks from last year’s Daega Rek album provide an enjoyably admonishing physical experience. Combining three-way percussion and exclamatory vocals they ensure the crowd in front of the are transfixed throughout. 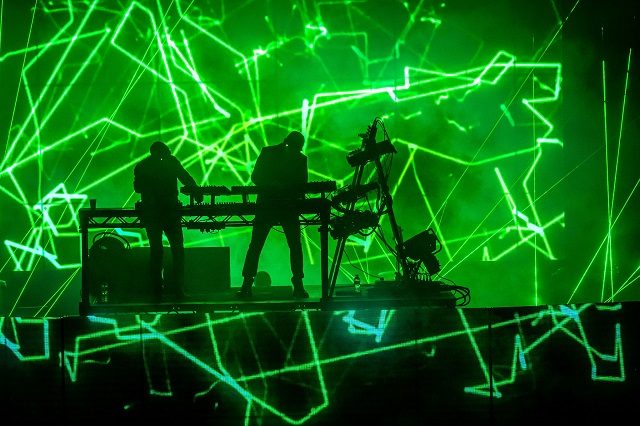 It is left to Orbital to close the festival for another year and they do so in faultless style. The early stages of their set see them focus on last year’s excellent Monster’s Exist album but before long they are slipping in reconfigured tracks like Satan and classics like Halcyon And On And On, Belfast, Chime and Lush. They play on an elevated platform which works really well, allowing even people at the back of the crowd to see that their iconic torch glasses are still very much in use. They may play in front of images that reflect the difficult political times we live in but their music is euphoric and timeless. It is the perfect end to a festival that continues to dazzle, fortify and amaze.