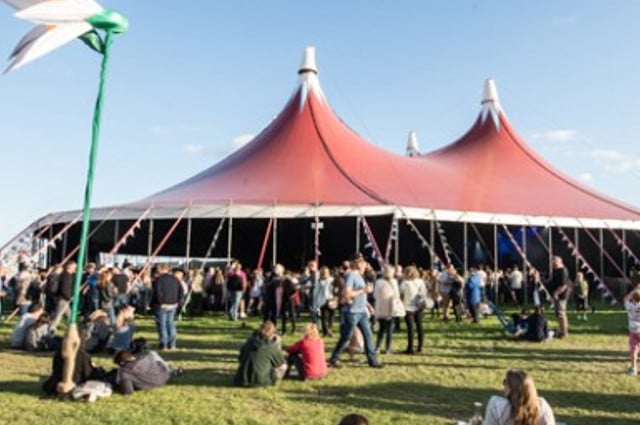 OnBlackheath is enough to incite some sort of existential crisis on most people. On the one hand, there’s an impressive, at times fairly eccentric, musical line-up. And on the other hand, it’s crammed to the rafters with the swankiest food stalls you’ll find at a festival anywhere. Even the booze comes directly from a Meantime Brewery tank – or the ‘champagne, wine and Pimms’ bar if you’re feeling super flush. But there’s just something about this John Lewis-sponsored festival that forces even the stoniest of faces to begrudgingly embrace it all. It’s really quite a nice day (or two) out indeed.

For a start, there’s very few queues, be it for food, drink or the loos. They’ve played with the layout this year, making way for an even bigger kids section, full of wholesome, literacy-themed activities, which means the usual family-friendly feel is notched up to 11. The food area is pretty heavenly; squid fries, orange braised beef burritos, 12 hour pulled pork…and that’s not even at the chef stage, whose line-up this year includes the Hemsley and Hemsley, Neil Rankin and Madelime Shaw, who draw huge crowds for their cookery demos.

But of course the music is still OnBlackheath’s biggest attraction. This year Saturday is nominally ‘dance’ day, with DJ sets from Don Letts, Neneh Cherry and Jazzie B pulling sizable crowds into the third stage, leading them into full-on raves, with toddlers on shoulders, blasting bubbleguns into the air…at 4pm. Over on the main stage, Róisín Murphy is an utterly bonkers delight and seems to be fully in the spirit of the occasion; part kids’ party clown, part ’90s raver, she switches between literally dozens of outfits, throwing on a hat here, a hi-vis builder’s jacket there, each more weird and completely wonderful than the last. She’s absorbing to watch, and almost as fascinating to listen to. It’s a set heavy on new material, something she acknowledges when merging Sing It Back with 2 Unlimited‘s No Limits: “I wrote that one too. That’s why I could afford to be so creative with the rest of the set – because I knew I had those two in my pocket.”

It’s a tough act to follow, but one that Primal Scream might’ve been able to live up to if the sound hadn’t been so quiet. A satisfying set that included hits and new songs alike; Loaded, Jailbird, Movin’ On Up, Rocks…even Swastika Eyes. Sadly the brain splitting intensity of Shoot Speed/Kill Light is lost in the muffled (local authority enforced?) sound, although the crowd’s singalong of Come Together – the encore – lifted the volume, forging a surprisingly touching close to the first night.

Sunday felt like the show proper, with some tough programme clashes. Early on, SOAK’s angsty shoegaze feels at odds with the blazing hot sun – a welcome relief from yesterday’s constant drizzle – but she impresses with her post-rock-inflected set. Edwyn Collins loses much of his crowd to Squeeze who, if they hadn’t earned the love of the crowd already, must’ve felt choked by it after bringing out the Lewisham and Greenwich NHS Choir to perform backing vocals on Some Fantastic Place, a quite stunning version of Cradle To The Grave and Cool For Cats.

Saint Etienne are pitted against James, and do a grand job of keeping the party going in the second tent. Giant balloons are passed over the heads of the audience during a set that sounds classy and cooler than ever. The hits are all pulled out, as well as a well-received new track, which looks to their early sound for reference. They choose now to announce a new album, set for release next year, before closing with the ever reliable He’s On The Phone.

Belle and Sebastian top off the evening, although a fair chunk of the crowd have either gone home early or are squished into the smallest of the tents to see Craig Charles DJ. The relative intimacy of this show is heightened by the band’s choice of set list; they start off with some of their newer, disco-infused tracks, but on the whole they delve deep into their back catalogue; The Wrong Girl, Dog On Wheels, Lord Anthony…and Stuart Murdoch miffs the security guard by inciting the usual stage invasion during The Boy With The Arab Strap. Having been barred from plucking kids out of the audience, he leans into the crowd to hand medals out to some of the little ones on shoulders.

These lucky ‘winners’ can later be seen toddling past the impromptu dance-off caused by someone feeding people wine from their carafe, by a sound system rigged to an industrial barbecue. Which goes some way to summing this weekend up. It’s quite possibly the most ridiculously middle class event since Alex James threw his cheese party in a field thing, but it’s so carefully and kookily curated, we can’t help but love it.