Neil's day job is working as a freelance editor for book publishers such as HarperCollins, Penguin, Faber and British Film Institute Publishing, but as a night person he prefers reviewing for musicOMH. He has also written features on the theatre and reviewed films, concerts, albums, opera, dance, exhibitions, books and restaurants for various newspapers and magazines, including The Stage and What's On in London, as well as contributing to a couple of books on 20th-century drama and writing a short tourist guide to London for Visit Britain. He insists he is not a playwright manqué but was born to be a critic and just likes sticking a knife into luvvies. In fact, as a boy he wanted to become a professional footballer, but claims there were no talent scouts where he then lived on the South Wales coast, and so has had to settle for playing Sunday league for a dodgy south London team. Apart from the arts and sport, his other main interest is travel, and he is never happier than when up a mountain, though Everest Base Camp is the highest he has been so far. He believes he has not yet reached his peak. 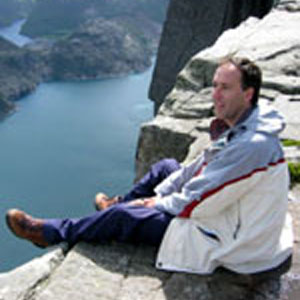 Ride – This Is Not A Safe Place (Album Reviews)

The Coral – Move Through The Dawn (Album Reviews)

The Brian Jonestown Massacre – Something Else (Album Reviews)