A little heard opera at the Southbank Centre brings joy. 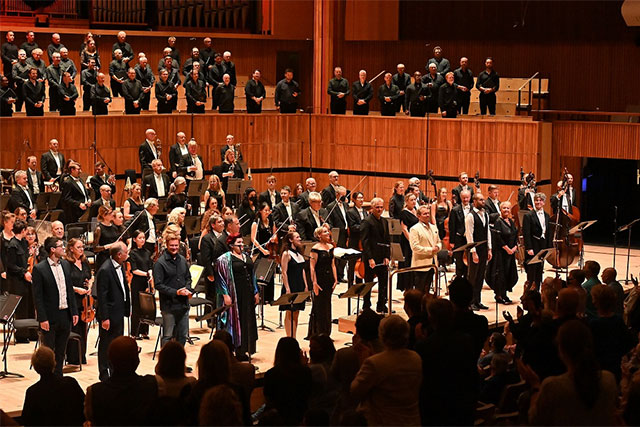 Inaugurating his tenure as the London Philharmonic Orchestra’s principal conductor with a concert performance of Tippett’s first opera, The Midsummer Marriage, was a bold statement of intent. Yet it should have come as no surprise given Edward Gardner’s affinity with opera, and his belief that this work is a ‘masterpiece’ – as he informed the audience in the briefest of pre-performance speeches. The last time The Midsummer Marriage was heard in London was at the Proms in 2013 in a concert performance given by the BBCSO under another lifelong champion of the English composer, Andrew Davis. It was last seen in the capital in 2005, Tippett’s centenary, when The Royal Opera revived Graham Vick’s exemplary 1996 staging.

Tippett’s operas have been performed less frequently since the composer’s death in 1998, but The Midsummer Marriage maintains a toehold on the fringes of the operatic repertoire, albeit precariously. Written during the years of austerity following the Second World War, Tippett’s opera is filled with optimism, and contains some of the most ravishing music he ever penned. But, and it’s a big but, dramatically it’s confusing while the intractability of the libretto, which Tippett wrote himself, leaves many spectators scratching their heads. Nice music – but what on earth is it about?

Think of The Magic Flute, but dripping in Jungian psychoanalysis, with a bit of Wagner thrown in for good measure, and you get an idea of where The Midsummer Marriage is heading. Alas, Tippett wasn’t in the same league as Wagner when it came to penning his own libretti, so the opera’s saddled with lines like, ‘Sirius rising as the sun’s wheel at the utter zenith. So the dog leaps to the bull whose blood and sperm are all fertility.’ 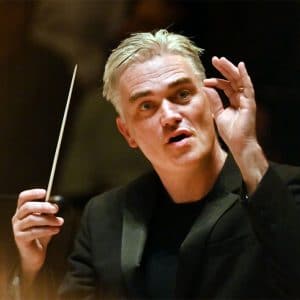 It baffled audiences and critics at its premiere in 1955 but given the drive and life-enhancing nature of the music, Gardner’s decision to give The Midsummer Marriage another airing was vindicated in a performance that crackled with energy, spirit, and élan. His belief in the work, and Tippett’s vision, was evident in every bar, pacing each of the three acts faultlessly, and drawing exceptional playing from all sections of the orchestra.

Tippet makes huge demands on his choral forces – all of which were met by the LPO Choir and English National Opera Chorus, who made the tricky vocal lines look easy. At the climactic moments they rattled the rafters and were mesmerising when singing quietly – the closing bars were transcendent.

Gardner had assembled a cast that read like a Who’s Who of British operatic talent, but indisposition led to three singers having to jump in, and they excelled. The opera’s central characters require a soprano who’s at ease in the stratosphere, and a tenor with enough vocal heft to carry over the dense orchestration. Rachel Nicholls took on the role of Jenifer at short notice, but it didn’t show. She infused Tippett’s melodic lines with warmth and produced a string of gleaming high notes. Maybe her soprano is a whisker too heavy for what is essentially a lyrical role, but she impressed nevertheless and whetted the appetite for her forthcoming Brünnhildes at ENO in November. Conversely, Robert Murray (Mark) possesses a more lyrical tenor voice than is usually associated with this role, and at times was no match for the LPO at full pelt, but he sang ardently.

As the Ancients, the American-Australian bass Joshua Bloom (another stand in) and mezzo-soprano Susan Bickley, provided sturdy, and often humorous support, while Ashley Riches thundered effectively as King Fisher. Claire Barnett-Jones (replacing Catherine Wyn-Rogers) was superb in her Erda-like intonations as Sosostris – her richly coloured contralto bewitching the audience. It’s hard to imagine the opera’s ‘other’­ couple better performed than it was here by Jennifer France (Bella) and Toby Spence (Jack). She goes from strength to strength – her crystalline, effortlessly-projected soprano a thing of wonder – while he produced some of the most tender, lyrical singing of the evening.

This concert performance of The Midsummer Marriage was certainly an auspicious start to Edward Gardner’s tenure at the helm of the LPO – we can’t wait to see how it develops.