There may be no Glastonbury this year, but there’s still a plethora of other music festivals taking place across the UK which will be creating memories, defining summers, giving some artists their big break and others a career boost.

In this first part of musicOMH’s guide to the 2018 summer festival season, and just before we head outside to do our annual sun dance, we take a look at a selection of the events we’re most looking forward to happening in England and Wales (beyond London) over the next few months.

(London: You are not forgotten. Check back soon for part 2, which is all yours.) 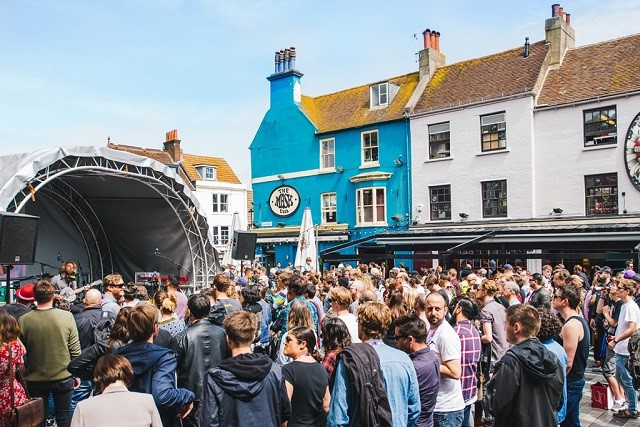 The Great Escape, traditional kicker-offer of the summer festival season, has over 700 gigs showcasing the best new music from around the world in Brighton. Standout names include Superorganism, Phoebe Bridgers, The Go! Team, Idles, The Orielles, Högni, Sons Of Kemet, Insecure Men, Japanese Breakfast, Let’s Eat Grandma, Anna Burch, Ari Roar, Arthur Jeffes, Bully, Gengahr, Haley Heynderickx, Kojey Radical and Hatchie. As ever at this event, stumbling across an artist you’ve never heard before is just as important and fulfilling an experience.

The BBC will be broadcasting live and hosting conversations with key names, and the industry convention which accompanies the main bill will again be occupying the city’s venues during the days, alongside the Alternative Escape, which pulls together smaller venues to showcase new and local talent. The Great Escape takes place across Brighton from 17 to 19 May. More details at greatescapefestival.com. 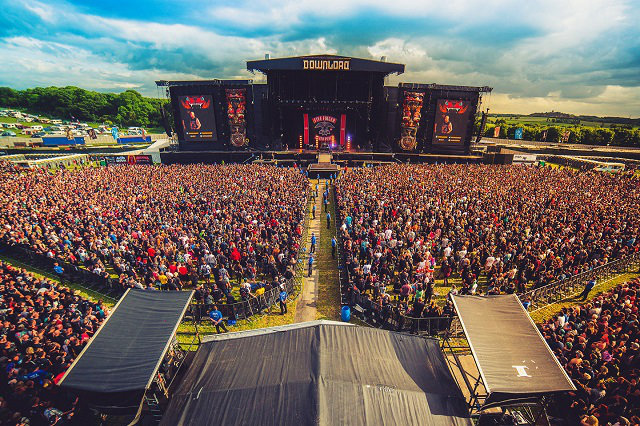 Metal returns to its spiritual home at Donington Park, and Download has something for everyone who prefers to paint it black. Avenged Sevenfold headline on the Friday night to kick the weekend end off with a bang, while Saturday sees the return of Guns n’ Roses, gearing up for the 30th anniversary of their debut, Appetite For Destruction. Appropriately for the sabbath, Ozzy Osbourne wraps the festival up on Sunday night.

Elsewhere a a cloud of stoner riffs shall spew forth from Baroness, grindcore goodness will be provided courtesy of Napalm Death, alongside old school thrash with Kreator, Bad Religion provide punk and anesthesia, Andrew WK ensures everyone parties hard, and it’ll be fascinating to see how Marilyn Manson has interpreted world events. Supergroup Dead Cross should not be missed; not only do they feature Mike Patton and Dave Lombardo in their ranks, but their hardcore blast is a joy to behold. Download takes place at Donington Park from 8 to 10 June. More at downloadfestival.co.uk. 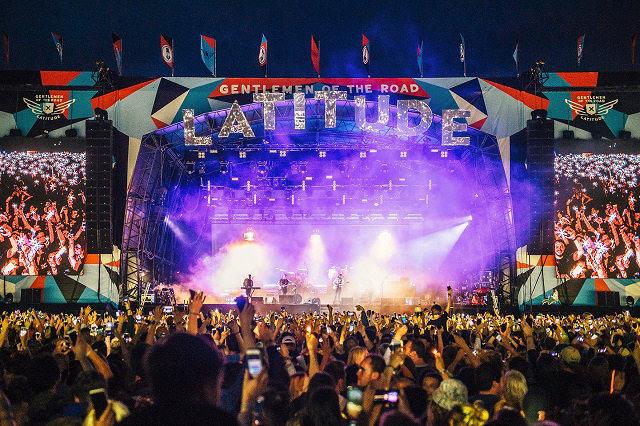 Latitude continues to offer a slightly more mainstream musical experience alongside a broad bill of comedy, theatre, talks and food-related events. This year you can find the likes of Solange, Alt-J, Belle and Sebastian, Wolf Alice and Rag’n’Bone Man high up on the bill. The electronica of Jon Hopkins will no doubt be a popular draw, while festival favourites like Mogwai and The Charlatans also feature.

Lower down, the line-up mixes pop with alternative sounds as the likes of Jessie Ware and Benjamin Clementine rub shoulders with acts like The Breeders and Parquet Courts. Latitude takes place at Henham Park, Suffolk from 12 to 15 July. More at latitudefestival.com. 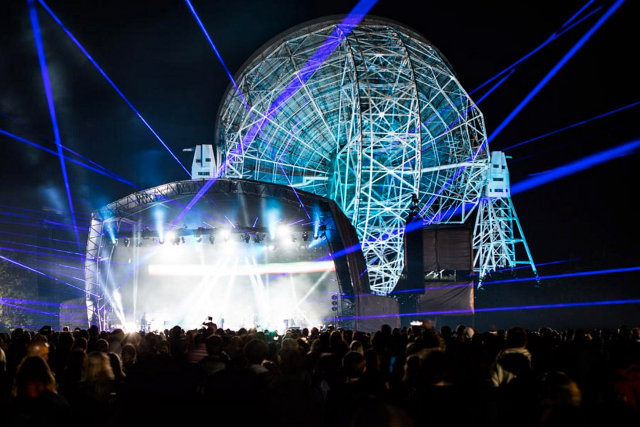 Bluedot Festival, under the Lowell Telescope at Jodrell Bank

Bluedot pitches up at Cheshire’s Jodrell Bank Observatory, a site unlike any other, with the none-more apt BBC Radiophonic Workshop celebrating their 60th anniversary under the shadow of the Lowell Telescope.

They play on a starry bill that also includes The Blue Planet In Concert with The Hallé, The Chemical Brothers, The Flaming Lips, Gary Numan, Slowdive, The Orb, Lamb and a line-up curated by Bugged Out, plus talks of an appropriately scientific nature from the likes of Jim Al Khalili and Alice Roberts. It all happens from 20-22 July. More at discoverthebluedot.com. 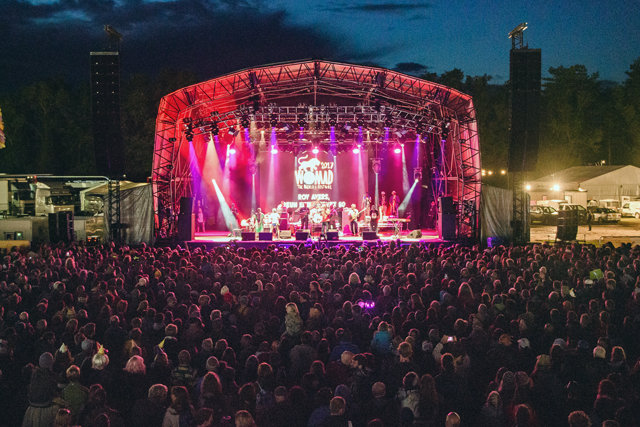 WOMAD remains one of the UK festivals with the most distinctive ethos and outlook. For this years event they continue to promise you’ll hear “the best music you’ve never heard” at Charlton Park in Wiltshire. Their strategy of combining selected bigger names for the headliner spots and then filling the rest of the bill with artists from around the world playing a myriad of styles sill looks to be a winner. Amadou & Mariam, Ken Boothe, Camille, Thievery Corporation, Leftfield, Omar Souleyman and Django Django top the bill, but arguably the real strength lies lower down.

Fancy getting to know pygmy music of rural Rwanda? Well, WOMAD have that covered in the form of Abatwa. Interested to learn more about Chinese folk rock? You’ll be able to do that by going to see Hanggai. Always been curious about electronic indie-pop from Gran Canaria? You should therefore check out the sounds of Papaya. Have a hankering for Austrian brass band music? Go investigate Federspiel. Ever wondered what it would sound like if you combined French math-rock with Colombian rhythms? If you catch Pixvae at WOMAD this year you’ll be able to find out. We could go on. Factor in a whole host of child-friendly activities/workshops and areas dedicated to art, science, literature, wellbeing and food and you’re pretty much guaranteed the all-round festival experience. WOMAD takes place at Charlton Park, Wiltshire from 26 to 31 July. More at womad.co.uk. 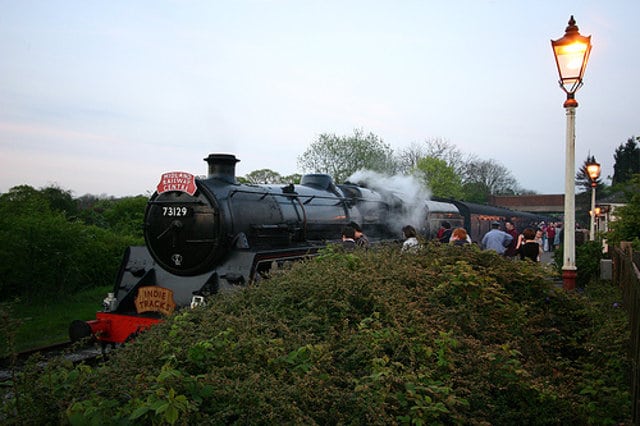 Indietracks is now in its 12th year and still offers a “celebration of independent, creative and DIY pop music” at a picturesque 1950s steam railway in Derbyshire. They have another strong line up this year with the likes of British Sea Power, Honeyblood, The Lovely Eggs, Dream Wife, Girl Ray, Sacred Paws, Darren Hayman, Anna Burch, Amber Arcades and Gwenno on the bill.

You might even catch some bands playing on the trains themselves. Indietracks takes place at the Midland Railway in Ripley, Derbyshire over the weekend of 27-29 July. More details at indietracks.co.uk.

Bestival used to take place on the Isle of Wight, but recently relocated to the leafy grounds of Lulworth Castle in Dorset. The 2018 edition’s bill is still a work in progress but so far includes a first wave of acts headed by M.I.A., Chaka Khan, Grace Jones, Kelela and London Grammar, all playing from 2-5 August – the week after the festival’s sibling, Camp Bestival, takes over the same grounds. More at bestival.net

Wilderness returns to Oxfordshire’s Cornbury Park with a music bill, nestled in amongst celebrity chefs and film, theatre and arts institutions, headed up by Chic featuring Nile Rodgers, Jon Hopkins, Kamasi Washington and Bastille. It takes place from 2-5 August, and more about it can be found at wildernessfestival.com 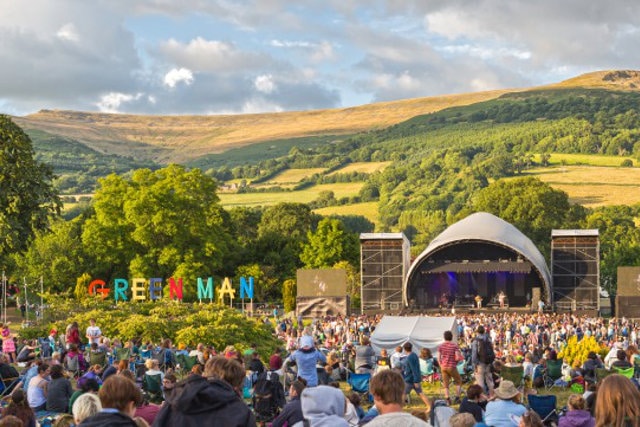 Green Man offers consistently high line ups each year. Billed by the Welsh tourist board as “a green, compact festival,” this year they’ve gone for Fleet Foxes, The War On Drugs and King Gizzard And The Lizard Wizzard as headliners with John Grant, Grizzly Bear, Dirty Projectors and Teenage Fanclub just below them.

High quality runs all the way down the line-up – Cate Le Bon, The Lemon Twigs, Floating Points, Eleanor Friedberger, Susanne Sundfør and Goat Girl are just some of the names we’ve plucked out. Green Man takes place in the airy Brecon Beacons from 16 to 19 August. More details at greenman.net. 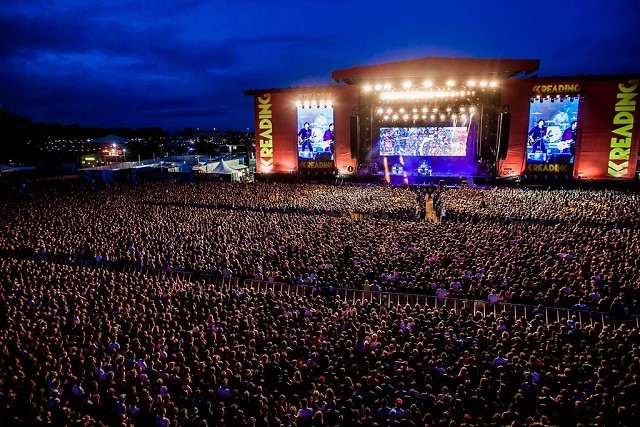 The line ups for the Reading and Leeds festivals show signs that these events are evolving into something broader than its rock roots. Their big coup this year is getting Kendrick Lamar to headline one night, although as he (and the likes of Travis Scott) falls outside of what is perceived as the festival’s guitar parameters it has attracted some unfair negative attention.

There’s also Kings Of Leon, Fall Out Boy and Panic! At The Disco… and they’ve tried to address the usual festival gender imbalance by including the likes of Dua Lipa, Wolf Alice, Sigrid, Kate Nash and Dream Wife on the bill. Reading and Leeds take place at Richfield Avenue, Reading and Bramham Park, Leeds over the weekend of 24 to 26 August. More at readingfestival.com and leedsfestival.com

Livewire may only be in its second year but it has secured something of a coup in getting Mariah Carey to headline this year’s event in Blackpool. It will be her only UK festival appearance of 2018. She’ll be at the famous seaside resort alongside other names yet to be confirmed. Livewire takes place at Blackpool Tower Festival Headland Arena on 24th August. More at livewirefestival.co.uk 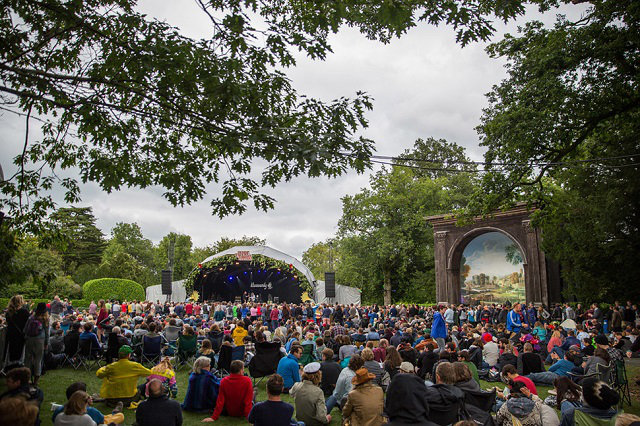 The reputation of End Of The Road seems to grow each year and it’s now widely considered to be one of the most loved festivals, and not just in this country. The way in which they carefully curate their line up each year alongside the friendly, inclusive atmosphere, beautiful site and well-pitched size results in many returning year on year.

This year’s line up is one of the best they’ve had in the 12 years they’ve been going – headliners include Vampire Weekend, St Vincent, Yo La Tengo, Feist, Ezra Furman and Jeff Tweedy, and there’s the usual mix of familiar artists and new names lower down the bill. End Of The Road takes place at Larmer Tree Gardens from 30 August to 2 September. More at endoftheroadfestival.com. 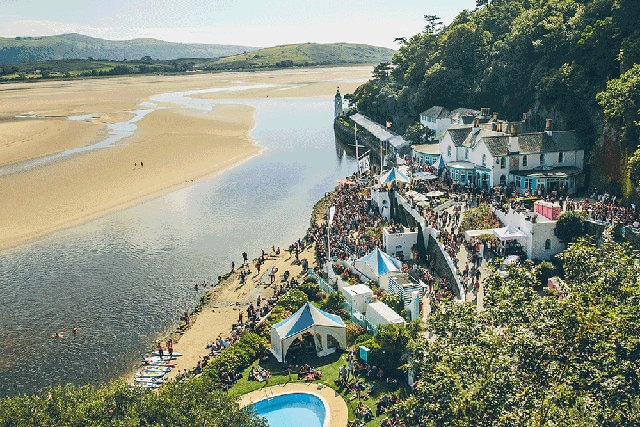 If location matters as much as line-up, Festival No 6‘s takeover of Portmeirion, heralding the end of the summer festival season, is a must. Constructed by maverick architect Sir Clough Williams-Ellis, Portmeirion is a wonderfully bizarre and elaborate interpretation of a Mediterranean village, nestled in the stunning mountains and forests of North Wales overlooking the expansive estuarial waters of the Irish Sea.

Headliners The The, Franz Ferdinand and the returning Friendly Fires will be joined by Hurts, Ride, The Charlatans, Anna Calvi, Goat Girl, Gwenno and an arts and culture bill featuring Will Self, Viv Albertine and Irvine Welsh. It all takes place from 6 to 9 September. More at festivalnumber6.com.