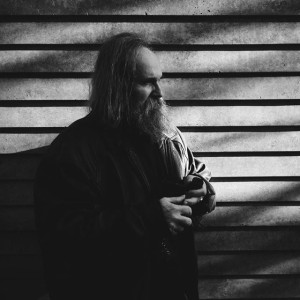 A decade ago, some people may well have scoffed at the idea of a UK equivalent to SXSW by the seaside. Fast forward to 2015 and The Great Escape, in its tenth year, is stronger than ever. Brighton is awash with hundreds of industry professionals from all over the world and music fans alike. The convention side has long been a highlight of the industry calendar and there were plenty of interesting, chin-scratching sessions about streaming, artists being paid fairly, how to get your band on the radio and much more besides.

But it’s music performance that rightly takes centre stage. The Great Escape has down the years been a nurturing ground for artists such as Adele, Chvrches and Foals, among many others, before superstardom awaited them. Expectations, understandably, are pretty high for an anniversary year, from the big Brighton Dome shows for established acts such as Kate Tempest and Alabama Shakes to small afternoon showcases from delegations from around the globe.

Aussie duo Klo, making their debut in Europe, impress from the moment Great Escape sounds the start gun on Day 1. It could just be that the pouring rain from outside has driven everyone into whatever venue they could find, but Komedia is packed. Formed of cousins Simon Lam and Chloe Kaul, they create infectiously sleek electropop; watching them craft all the various layers that make up songs like Under Lie is a hypnotic experience. As they finish their all-too short appearance, they’ve instantly set the bar high.

It’s a bar that not even some of the buzziest of buzz bands can top. The Bohicas are one of the festival’s most anticipated acts, having signed with Domino. At Concorde 2 they are competent and professional enough, but there’s nothing about them that instantly puts them on a pedestal above the infinity number of guitar bands playing over the weekend.

Flo Morrissey‘s early evening set at the Unitarian Church whets appetites for her debut album, out this summer; and any notion that she might in some way be related to a man named Steven is stoked further by a cover of one of his songs. The surroundings suit her willowy acoustic ways as, solo, she picks out notes on guitar during the first half of her set before settling down behind a synth to demonstrate further skills.

Meanwhile, it’s a different story about a mile away though with Ibeyi at the XL showcase. On record the French-Cuban twins’ conjoined voices and pared-back percussion can be a little sparse and drifting, but live is something else: led by snaking piano lines, their songs dance, alive with vibrancy and the sisters’ own unsuppressed joy. By the close and after some semi-successful audience participation on River, the crowd’s pretty joyful too, even if our own sweat is dripping back down on us from the arches above. And that’s even before Shamir‘s much-anticipated set which follows.

St George’s Church, located so far out of the centre of Brighton that it’s almost left the city entirely, is perhaps not the natural venue for Susanne Sundfør and her powerful pop, but her set is an assured and reliable one. The highlight is Memorial, which (even though the operatic tendencies of the second half are completely cut) is marvellously grandiose and mournful. Even the ‘bangers’ such as the double-whammy of Accelerate and Fade Away suit the unusual surroundings pretty well.

Just a few minutes away from that, Thurston Moore’s on fine form, his solo songs a gathering storm of howl and feedback and stabs of vocal, though they’re all eclipsed by the set’s closer: nigh-on half an hour of swelling, seemingly random noise, the venue staff getting ever more frantic in their efforts to make the band stop. Appeals to the sound desk, torches beamed into band members’ eyes, hands clasped over fretboards – none of this works, and whilst on a musical level it’s pretty testing it’s just great to see a band go off-script for a while.

As Day 2 gets going, The Well wake up the early-birds with the kind of radio-friendly pop that is unlikely win awards for originality, but Freddy Bertheussen Brurås is nonetheless an extremely commanding singer and is worth watching for him alone. Very much like the soaring anthems the Norwegian outfit conjure up, he’s not afraid to really belt it out every now again – the thumping Separate Ways being a case in point.

All of this happens in Patterns (formerly Audio), a venue that clearly, clearly isn’t finished – favourite details include the signs warning about the high-voltage exposed wiring, the holes in the floor in the gents’ toilets, and the wall that we leant on which opened – but the constant threat of death does make for a fitting background for Philadelphia’s Nah, who pares back his DIY hardcore to just his drums and an occasional yell for a sound that’s stunningly intense for just one guy. Likewise with Ho99o9, their name appalling and the masks affected but their brutal clash of hip hop and metal an easy festival highlight – the kind of performance that words utterly fail at describing, thrilling and unpredictable and genuinely quite scary.

Not everything is that terrifying though. The most heart-warming and euphoric sets of the entire festival by any artist were to be found in both a rammed Spiegelpub (with a stripped down afternoon set) and equally full Coalition (for the full-on band version). Aurora can barely believe that people are applauding her after every song, and it is that kind of rare modesty that makes her incredibly likeable. The reason for this giddy reaction from both audiences is that the songs are pretty damn great. Running With The Wolves is a pop anthem in waiting, whilst Murder Song shows she can do downtempo equally well.

Elsewhere, The Haunt is rammed to the edges and the air is thick with sweat for Nashville’s Bully, defying the stereotypes of their hometown to deliver a vibrant set of grungey punk that sounds like Third Eye Blind fronted by Courtney Love, but in a way that actually works. Wand swiftly follow and, whilst they provide the first proper mosh pits of the weekend, the Californian psyche four-piece don’t look pleased. Still, their ever-more erratic time signatures do their best to thwart the crowd-surfers, their rhythms unpredictable and pleasingly bruising.

It’s then another long trek to St George’s Church. There’s only enough time to catch the last 10 minutes of Lubomyr Melnyk’s staggering piano work, but even that small sample was by far the most intense musical experience of the festival. With technology so much a part of so many new bands’ sound it’s almost shaming to be reminded of what can be done with just two hands and no adornment, Melnyk’s compositions densely layered and gut-punchingly beautiful – exactly the type of transportative, transformative experience that we want to be having in a church venue.

Of course, there is a wonderful incongruity to having Blanck Mass play in this space as well, a wall of sound this intense filling surroundings this ornate. It’s a baptism of wrenching noise and twisted visuals made all the more effective for the alter of Christ silhouetted in the glare, caustic and jarring but strangely cleansing as well. The seated nature of the venue doesn’t quite work, mind – this is music to move to more than contemplate – but there’s no denying the force of this.

There are many surprise shows across the weekend – Paul Weller, The Maccabees and The Vaccines among the most noteworthy ones – but the most fevered anticipation is saved for Drenge. It might be a ‘secret’ show, but the queue ranges round the block at Patterns for the grunge duo. Well, trio now – when did they get a third member again? – not that that’s impacted their sound much, which remains just as scrappy and brash as ever, the next day’s tinnitus made worthwhile by the compelling mix of grinding riffs and chorus dirge.

Early on Saturday, the Icelandic Airwaves showcase quickly draws in the crowds. Vök are absolutely spellbinding at times, with Margrét Rán Magnúsdóttir’s vocals on truly excellent form and a sax parping along aimiably behind her in the mix. This is the kind of slick and spacious electronica that Icelandic acts in particular have perfected over the last few years. Sóley, who follows, replaces a bass drum with a purring sound in one of her fragile constructions, and breaks the spell instantly with quickfire banter that has the crowd leaning in closer to share her moment.

It’s then off to the Japanese showcase for sushi and J-Pop and a pleasingly low-key set from Moumoon, their lyrical gems – “Happy day sunshine girl I like it” is a favourite – and gentle acoustic wash a very welcome palliative. They’re followed by energetic five-piece Passepeid, who despite being signed to a major label in their homeland count this set as their international debut. The bassist struts forth from the stage area across the room and into the audience while the diminutive singer, a dead ringer for a bunny on helium, dispenses words in Japanese and English to a packed-in audience.

Come the evening, those way out west at Old Market could justifiably argue that Mew is a much more appealing proposition than some of the starry-eyed headliners. Very few can rival them in terms of atmosphere. Now back as a four-piece after the return of bassist Johan Wolhart, and with a new album just released, they appear refreshed and come across as more vital than ever before; songs from + – such as Witness and Water Slides slot in easily with Special and the epic Comforting Sounds.

However, there can’t be many better ways to end a festival than seeing Slaves, their guitar-and-drums-and half-arsed vocals doing almost nothing on a musical level but their performance so much fun that it doesn’t matter. With its crowd interaction, costume changes and stagehand dressed as a manta ray this is as much a pantomime as a gig, but after three days and this much gin that’s pretty much all we want. Well, that and some sleep.

To summarise The Great Escape 2015, it’s a weekend that proved satisfactory rather than revelatory. The established names on the bill didn’t necessarily scream out ‘must see’ and it took a lot more digging than usual to find something that would blow you away. Additionally, as much as this year’s edition of the festival has been especially keen to promote emerging talent from these shores, it’s the artists from overseas that were the most fresh and intriguing (particularly from the Nordic countries).

However, the way it’s structured provides the most enthusiastic music fan with at least a handful of artists to keep an eye on. Even if the core programme wasn’t inspiring at times, the fringe events were stronger than ever. The free show put on by Brighton label FatCat at The Joker was one of the more fun places one could end up in. If you go in with an open mind, and prepared to see unfamiliar acts, The Great Escape remains one of the most rewarding festival experiences in the UK.