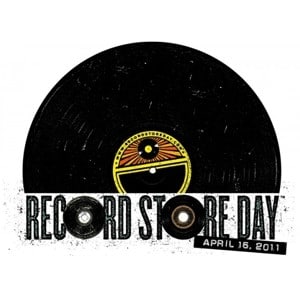 Certainly, the internet has done great things for independent artists. It’s easier than ever to distribute music and make connections through the power of social media. Amazon will sell a band’s album even if no brick-and-mortar establishment will touch it due to lack of major distribution. An obscure nobody can get a million hits on YouTube. It happens.

But, what has this shift in the cultural hub done for small business owners? Even as vinyl music sales have been on the rise over the past few years, independent record shops are being forced to shut their doors because of the internet’s pervasive effects on the average music buyer’s mindset. If anyone’s buying music at all in 2011, they’re probably doing it online. So the few hangers-on – those stalwart champions of the cause – have banded together with each other and artists to offer record-store-only releases once a year.

And this year’s offerings are the most impressive yet. If these releases won’t entice the music-listening public away from their computers, nothing will.

It started out as a small idea courtesy of a collective of record store owners in America and now, years later, it is a permanent fixture in the industry calendar. Record Store Day returns for its fifth year (and its third in the UK) and is promising to be bigger than ever before. More than 150 independent record stores will be taking part all over the country for a day filled with exclusive releases, live performances and many other special treats for shoppers.

For shop owners it’s an opportunity to remind the public why there is still a place in the modern economy for the stores they run. The number of those that currently exist has decreased massively in recent years but RSD is less about bemoaning what’s been lost and more about celebrating what we’ve got. “Record Store Day is the perfect antidote to all the doom and gloom we hear about the music business,” says Rough Trade East’s Spencer Hickman, who is organising the UK leg. “It’s a day of celebration fuelled by the enthusiasm of artists and fans for record stores.”

There’s no shortage of high-profile names involved. Radiohead will mark the occasion by releasing a brand new single on 7″ with the songs Supercollider and The Butcher, Green Day and Husker Dü are releasing a split single, as are Charlotte Gainsbourg and Villagers, while Gorillaz make their ‘iPad LP’ The Fall available on vinyl. Franz Ferdinand release an EP of other artists covering their songs (including Debbie Harry and, in a poignant swansong, LCD Soundsystem) and Arctic Monkeys unveil a taster from Suck It And See with the 7″ release Don’t Sit Down ‘Cause I’ve Moved Your Chair.

There’s more to this day than just new tracks and rarities. There’ll also be several in-store live performances and special events in shops big and small. Rough Trade East in London will have Wild Beasts and The Soundtrack Of Our Lives playing acoustic sets, Piccadilly Records in Manchester has DJs providing a soundtrack to purchasing all afternoon and Jumbo Records in Leeds features bands like Erland & The Carnival and Ellen & The Escapades throughout the day.

There’s also the argument over whether RSD will help revive the fortunes of the shops that are flagging. The organisers have never made such extravagant claims it’s a celebration rather than a eulogy but when highly influential places like Vinyl Junkies on Berwick Street are faced with administration just weeks after RSD 2010, you wonder if one day a year to highlight these special places is enough.

That said, given the collective weight of the industry’s support and involvement (major labels, independent labels, bands &C.) it’s clear that that an environment without the record store is not desirable nor imaginable. The internet might have made all the aspects of real shopping easier but no one wants to surrender to an experience where recommendations compiled by random bits of faceless meta-data and configured by complex algorithms become the norm. As comedian Paton Oswalt has said, “The idea of ‘the journey is the destination’ is put into action by browsing in an indie record store. Besides, a human being is a much better guide than a ‘More Like This’ link on the internet.”

Record Store Day is, above all other things, a reminder that music is a completely human art form; this includes the act of purchasing it from a knowledgeable, credible source. There are still people out there who devote their lives to music, and who depend on it for their livelihood; it’s in their best interest to recommend a record you’ll like so you’ll come back to their shop next time your favourite artist puts out an album. Everyone’s got a story about the impossibly cool record-store clerk who turned them on to Talking Heads or Stereolab. Record Store Day is a chance to thank those devoted few, and hopefully the jolt they’ll need to keep fighting the good fight for another year.