Band Of Skulls – Love Is All You Love 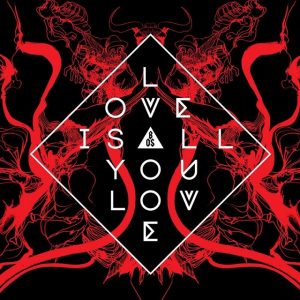 Change is never easy for a band, whether it’s by choice or enforced, especially when the previous status quo has been so successful. This was the dilemma thrust upon Band Of Skulls ahead of their fifth album, Love Is All You Love. With four records already under their belt, and their formula fine-tuned, the Southampton trio suddenly became a duo when drummer Matt Hayward decided to part ways with the band in an amicable split.

Hayward was a founding member of the band along with school friend Russell Marsden, before they later joined forces with bassist Emma Richardson in college. Together, their rough-around-the-edges rock and roll sound found an audience, with their infectious 2009 debut Baby Darling Doll Face Honey providing the platform from which they’ve never looked back. But by their own admission, Hayward’s departure threw a spanner in the works.

The revelation came at the end of 2016, following the tour for fourth album, By Default, and meant change was inevitable. It prompted Marsden and Richardson to begin writing more collaboratively. “We became a songwriting duo, which has a completely different feel to being a songwriting band,” Marsden admitted. “We didn’t know what that felt like until it happened and it changed the dynamic of the creative process.”

But it was not only the creative process that changed, though, with the pair also becoming more open to playing with the Band Of Skulls sound. Having never been known for being the most daring, they began to experiment with electronic elements before taking the bold step of collaborating with producer Richard X (M.I.A., Goldfrapp, Sugababes). It was a left-field move from the duo and the end result is there for all to see in the finished album.

Opener Carnivorous lays the groundwork for what’s to come. It teases synths before a throbbing, dancefloor-inducing bassline and Marsden’s weedy guitar figure kicks in. The song is still clearly Band Of Skulls, but it sounds different to anything that has gone before it. “Carnivorous opened the window for the thought: What can we do now? What are we capable of?” said Richardson, who also lends her vocals to the track.

Those concerned that the reborn Band Of Skulls have completely ditched their rock roots will be quickly assured by That’s My Trouble. It is much more typical of the band’s back catalogue, with its jagged guitar hook and catchy sing-a-long chorus, despite being one of four songs Richard X is credited as a co-writer on. The same goes for Not The Kind Of Nothing I Know, which allows Marsden and Richardson to really let loose over a heavy, headbanger of a riff.

However, for the most part, Love Is All You Love is a far more subtle production than Band Of Skulls’ previous efforts. Sound Of You is a stripped back, minimal track that relies largely on the rumbling beat of stand-in drummer Julian Dorio – from Eagles Of Death Metal – as as well as Richardson’s quaint vocals. Elsewhere, Thanks A Lot and We’re Alive continue along the glossier, more pop-orientated route with mixed success.

In fact, while the risks taken by Band Of Skulls are to be commended, there’s no doubt that they have lost some of their edge in the abundance of gleaming pop hooks. That said, when they get it right the results point to a bright future, with the carefree title track and euphoric Cool Your Battles perfect examples of their future potential. Love Is All You Love ultimately feels like the start of the journey – let’s just hope the final destination is worth the wait.