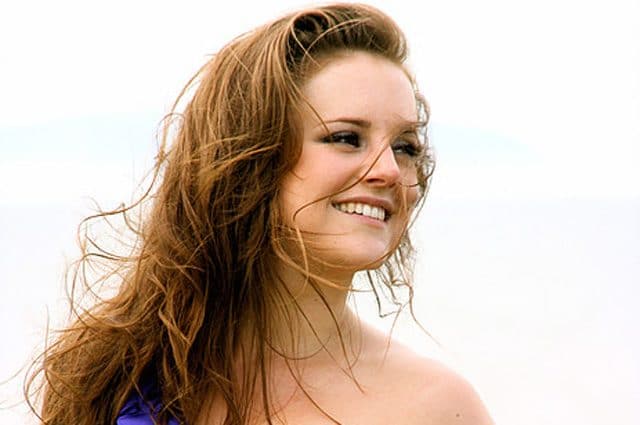 At the pre-concert talk the audience was told that this presentation of Semele, from the Orchestra of the Age of Enlightenment conducted by Christophe Rousset, would be a concert performance. If one thinks about it, this is a strange thing to say as that is the norm for an oratorio, and no-one would go out of their way to describe a standard performance of Samson or Saul as such. The explicit use of the term here, however, does capture the fact that today we are more used to seeing the work staged, which in itself derives from its nature. It is possible to argue that both the subject matter and music of Semele are predominantly operatic (although it does include a large number of polyphonic choruses), but that Handel ‘officially’ had to make it an oratorio in order to suit the specific circumstances under which it was to be performed at the Covent Garden Theatre during the Lenten season of 1744.

The OAE, no stranger to the piece, proved remarkably successful at projecting in a hall that could hardly be described as being especially suitable for Handel’s works. With the orchestra taking up a fraction of the stage area that the forces for the average Mahler symphony would require, and the choir stalls being entirely empty (the chorus occupied the stage and no audience members sat there) one imagined that the sound might simply get lost in the vast space. In the event, however, the orchestral playing was of such a high standard that it did cut through the air, with the fact that the various orchestral lines felt well delineated even from a distance, suggesting that their generation at source was especially accurate.

The soloists’ performances were highly dynamic and none more so than that of Catherine Wyn Rogers, whose mezzo-soprano was particularly suited to capturing the strength of purpose, rage, confidence and sheer sense of expectancy that are to be found in Juno. She swooped on for her first entrance, practically slamming her music down on the stand (scores were used but no-one was glued to them), and with her astutely observed portrayal she raised the energy level every time that she appeared.

Louise Alder remained in character as Semele even when she was simply listening to others as opposed to singing herself. For example, when Athamas sang of love, her face revealed boredom alongside some sympathy and guilt that he should have such strong feelings for her when she did not reciprocate them. Her seemingly innocent sense of infatuation, as if she could positively burst at any moment, when Jupiter appeared and sang ‘Lay your doubts and fears aside’ was also effective, while her performance of ‘Myself I shall adore’ was priceless. It began with Wyn-Rogers handing the requisite mirror to Rousset to pass to her. Then, following a deeply involving performance in which Alder perfectly presented Semele’s narcissistic side while still remaining exceedingly likeable, Rousset snatched the mirror back from her at the end. This led her to look immensely put out before she snapped back into her vivacious mode to accept in character the large and well deserved applause. Alder’s soprano proved highly suited to the role, with brilliant ornamentation combining with an ability to measure out each sound to perfection so that her performance was as dazzling for its technical prowess as for its obvious vitality and exuberance.

James Way, an OAE Rising Star, was also excellent as Jupiter, revealing an exceptionally smooth and well-shaped tenor that sounded light and yet also projected well. Ciara Hendrick produced a clean and pure sound as Ino, while Rowan Pierce as Iris and Ashley Riches as Somnus and Cadmus also stood out. Ray Chenez, Robert Davies and Jeremy Budd provided strong support as Athamas, the High Priest and Apollo respectively. The latter two also sang in the Choir of the Age of Enlightenment, which constituted the chorus for the evening and was on excellent form.

The pre-performance talk was highly informative as Social Philosopher Roman Krznaric described, as he also did in the programme, the six types of love that the Greeks understood, and explained how these related to the evening’s piece. This ties in with the OAE’s wider plan to focus each season from now until 2023 on one of six chapters of the Enlightenment, with the current one exploring Visions, Illusions and Delusions. If the performances of the other works that relate to this theme are up to the standard of this Semele then they will certainly be worth attending.

For full details of its 2017/18 programme visit the Orchestra of the Age of Enlightenment website.