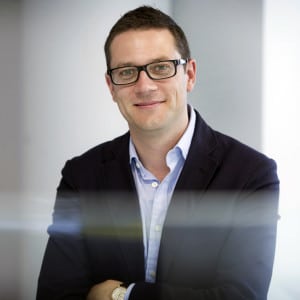 Conductor John Wilson is best known for his work in resurrecting ‘lost’ music from MGM and other Hollywood classics. It has always been clear, however, that what he has brought to his exploration of musicals is nothing other than outstanding all-round musicianship.

In this concert performance of Die Fledermaus things worked perhaps the other way around in that Wilson introduced his excellent knowledge of musicals in terms of understanding the type of sounds that have visceral appeal. In this way, he nailed the score by imbuing it with exuberance and a mighty punch, while never sacrificing an ounce of detail or rhythmic precision.

From a musical perspective, however, the afternoon suffered from the singers being amplified, which created several problems. The volume levels initially appeared inappropriate for some singers, and occasionally there was an ‘echo’ effect as we heard both the original and amplified voice.

Opera singers naturally know how to project, and amplifying them results in them either holding back, thus destroying much of the technique that makes their voices work, or coming across too loudly for the orchestra. The latter was more often the problem here and, although it did not persist throughout the performance, given the calibre of the singers it is questionable why they needed to be wired up at all.

With the exception of the Csàrdàs, the operetta was sung in English, working to John Mortimer’s translation. This was an intelligent move because comedy rests in delivery and timing, so much would have been lost had we only grasped the jokes by reading them on a screen. It also replaced all dialogue with a new narration by director Simon Butteriss, who delivered it in the guise of Dr Blind. This was highly witty, and introduced topical references such as von Eisenstein being in trouble with the law for calling a policeman a pleb (allegedly!). It also made jokes on the plot itself, such as suggesting that Dr Falke had the freedom to invite whomever he liked to the ball after discovering that Prince Orlofsky was actually a woman, and included a plethora of slightly esoteric, but highly witty, quips for music lovers.

The success of Die Fledermaus can rest on its ability to balance its obvious humour with the ‘Freudian’ undertones. In this performance, however, Butteriss explained the latter when they really need to bubble under the surface, and in the process made them merely a part of the comedy. In addition, the very act of narration plucked us out of the operatic experience far too often. For example, the awkwardness between von Eisenstein and Adèle when they meet at the ball that neither should be at is highly amusing when it is generated by them. It is less so when the situation is explained to us by a third party, and the characters simply respond to the narration with exaggerated gestures.

Similarly, funny though ‘So muss allein ich bleiben’ was, the trio’s impact was marred by being deliberately introduced, almost as it might have been as an isolated turn at an opera gala. The narration removed many of the opportunities to develop the characters, thus preventing us from engaging with their stances and hence the humour in the situation.

This is not to say that there weren’t many amusing moments, or that the afternoon wasn’t enjoyable. Indeed, Wilson’s conducting and the excellent cast ensured that this Die Fledermaus was musically good and strongly acted. In addition to Toby Spence as von Eisenstein and Aga Mikolaj as Rosalinde, particularly notable turns came from Malin Christensson as Adèle, Jacques Imbrailo as Dr Falke and Alan Opie as the prison governor, Frank.