This Music Made Me: The Irrepressibles

by musicOMH
published: 15 Apr 2014 in This Music Made Me
Tweet 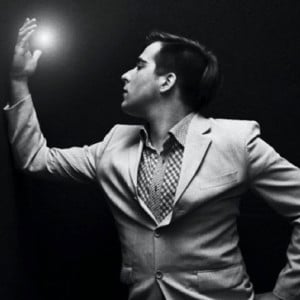 In 2012 Nude followed, with three derived EPs – Nude: Landscapes, Nude: Viscera and the forthcoming Nude: Forbidden – inspired by and expanding on the album’s themes in subsequent months.

Jamie here collects together the albums that influenced him most for his This Music Made Me, in his own words.

It’s very difficult to decide on just a selection of records. I’ve never really been into one record as a whole or one artist’s full catalogue, I’m more into certain songs or moments in pieces of music.

Often these are the songs or moments that aren’t what others would like. So most of the records I’ve decided are ones that have more of an influence on me as a young man or the whole album just happens to be something that I’d listen to all the way through over and over and over again but in some cases other songs had more of an influence than the whole album. But here goes…

I remember rusting through my mum’s, dad’s, step-dad’s records and being fascinated by the tubular design suspended in the air. From the beginning of the record I was hooked and would listen to it over and over again whilst trying to meditate – I was focused on being a hippy, I wore the clothes, smoked weed and bought strange objects from foreign lands from the local ethnic shop, I was about 13 at the time.

I had started piano lessons some time earlier and started to compose extended pieces on the piano, I could hear music in my head and went to the music teacher to ask about whether I could have the orchestra play something. She showed me how to score and I started to write parts out for one of my first orchestral songs called “The Visitor”

about a space ship coming from outer space. I was a very quiet teenager – bullied allot – and so I resigned myself to my imagination.

This piece called the visitor extended into a massive piece called “Hell” with the school choir and a massive dragon. I was ambitious even then. It had moments of rock and moments of almost classical music. At the same time as this Oxygene by Jean Michel Jarre, ’70s era Tangerine Dream and the record War Of The Words were also big fascinations for me. 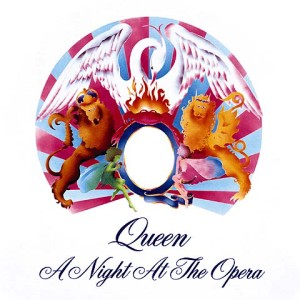 Queen – A Night At The Opera

In the same box of records was this one. I got into this a bit later.

Before this I’d decided I wanted to play the electric guitar and be in a rock band with my best friend at school. He needed a singer and so I started to sing a bit like a strangled cat as I emulated Robert Plant, Freddie Mercury and David Bowie. I got into guitars and motor bikes deciding which I wanted and attempting to save up from my paper round.

I was singing everything in falsetto without knowing how to sing it properly. This record and Queen generally became a bit of an obsession. I still believe Brian May to be one of the best and most creative guitarists of all time and Freddie was from another planet, his voice and physicality; sheer vitality and enthusiasm for life. The musicianship, the songwriting, the harmonies! The epicness! The English wit! The pith and fury on Death on Two Legs. The record is a grand masterpiece. 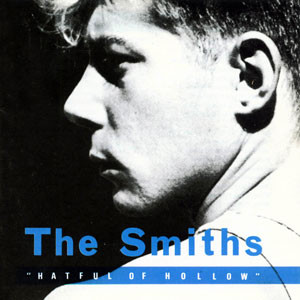 The Smiths – Hatful Of Hollow

The bullying and other shit made a depressed and quiet young man of me. Then I discovered The Smiths and I felt for the first time understood. It was like the moment in Velvet Goldmine when the lad says “that’s me mum” about David Bowie on the telly! I felt like I could breathe. It was such a powerful discovery. I know there are many people that don’t like The Smiths or more specifically Morrissey. I would say to them “you’re not listening”!! ha ha. Some people don’t listen to lyrics and perhaps this is why they don’t get it.

Morrissey’s lyrics are pure poetry, pure catharsis, witty, intelligent and they cut to the core of reality. He continues to pen lyrics that are nothing short of genius, and I mean true genius. He might be “difficult”, but many lesser artists are too and I think his sensitivity allows him to communicate things lyrically other artists can’t put so well into words, or to cut out everything superfluous and just communicate the truth of the emotion. This collection of John Peel sessions was my introduction but then nearly everything else I adore apart from Girlfriend In A Coma and Heaven Knows I’m Miserable Now. 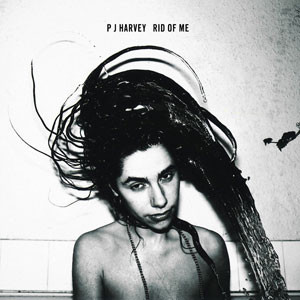 PJ Harvey – Rid Of Me

She’s got simply the best voice I’ve probably ever heard. It’s gutteral and beautiful, sexual and emotionally raw. She inhabits raw “fuck you” energy and explains in her lyrics and music something that is real. This album Rid of Me is a masterpiece. This is because it is so unique and everything musically is expressing the same thing. I always have an issue with arrangements where the vocalist is singing about one thing and the drummer and bass payer are saying something else if you know what I mean “keeping it simple” perhaps and in turn flat lining all the emotion out of the song. I feel everything should say the same emotion. This album does this with ferocity. There are also often artists that are critically acclaimed for making albums that just sound like other artists that were cool. This album IS Pj Harvey and no-one else and its expression is what pop music should be – pure raw communication. 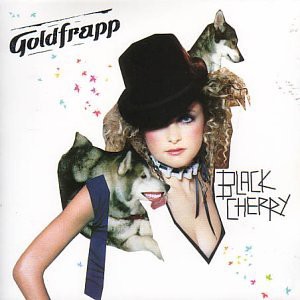 Probably one of the best manipulations of sound I’ve ever heard. It’s not about the lyrics or the content so much its just the best production I’ve probably ever heard. It’s like a brilliant jewel or a girl whispering sweet nothings in your ear or a strip show or fantastic surprise birthday party. It’s an incredible piece of work I never tire of listening to. In some ways it makes it closer to a kind of visual art in sound. A weird thing to say perhaps but its about sounds as a kind of object or effect. In such a way it says more about many things than some indie bands do with pages of lyrics.

Similarly to Goldfrapp Broadcast’s music is full of incredible production but the lyrics are pure poetry. It is again a kind of art of sound and poem. The sound is very much inspired by the ’60s psychedelic scene but then the use of analogue synths and distortion set it into the ’80s perhaps and now and before the ’60s all at once.

It’s like a time capsule of sound. There are similarities to other bands I like – Boards Of Canada and Stereolab. Sadly the singer Trish Keenan died last year. Everything they ever made is gold. They are one of my favorite bands of all time. 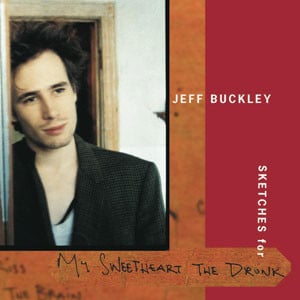 Jeff Buckley – Sketches For My Sweetheart The Drunk

Jeff Buckley’s voice represents male beauty for me. As a younger man I wanted to be him and be with him. On this album that he was creating before he died I think he creates music about frustration, bitterness, darkness, isolation and confusion. Even the four-track recordings in some instances are powerful and revealing. His live performances at this time are full of magic and passion – with his cover of Kagaroo seminal – and a definite influence on bands Grizzly Bear and many others. I believe this album to be his strongest work. It is such a shame he never lived to release it. 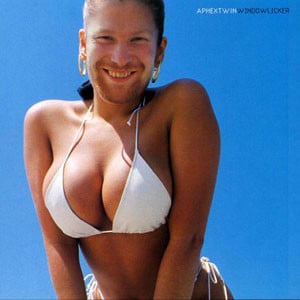 Now this isn’t an album but it’s effect on me was prolific. I just saw the cover in the small indie shop across the road and had to buy it.

It changed the way I listen to music and introduced me to a new world of electronic music. Other tracks like Girls by the Prodigy turn me on in the same way. The composition isn’t a song its a piece of music that says something in some ways just as powerfully without so many lyrics. It explains a feeling and in the case of these two tracks its one about sex and commercialisation of sex. For some reason “Gilrs” by the Prodigy wasn’t picked up by many people – it’s an amazing track.

Richard James (Aphex Twin) has made some of the most incredibly varied emotional music I’ve ever heard. I think he is a true genius, a wizard in fact. I am always listening to his work. 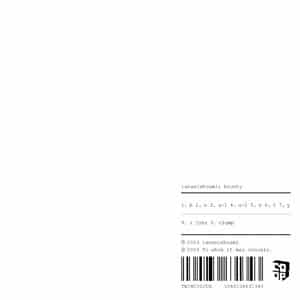 They are a recent discovery for me. Again their sound world is highly developed in a similar way to Goldfrapp or Air or Röyksopp or The Knife. Joanna voice is unique and fascinating – a kind of modern day Kate Bush. Kate Bush is one of my favorite artists. In some ways they are very like Abba or Royksopp with a very symphonic sound that isn’t afraid of the pretty or brighter sounds that others shy away from to sound “cool”. I think people often have a prejudice against feminine or beautiful sounds which is a big shame. I think their visual world has a correllation with mine as a visual artist – we seem to use similar aesthetics and they have kindly remixed my work. It is such an audio feast listening to them and this particular album is incredible and something I want to listen to over and over again.

In fact I’m going to listen to it now… bye…

The Irrepressibles’ EP Nude: Forbidden is out through Of Naked Design on 28 April 2014 and follows Nude: Landscapes and Nude: Viscera. All three EPs can be bought here.