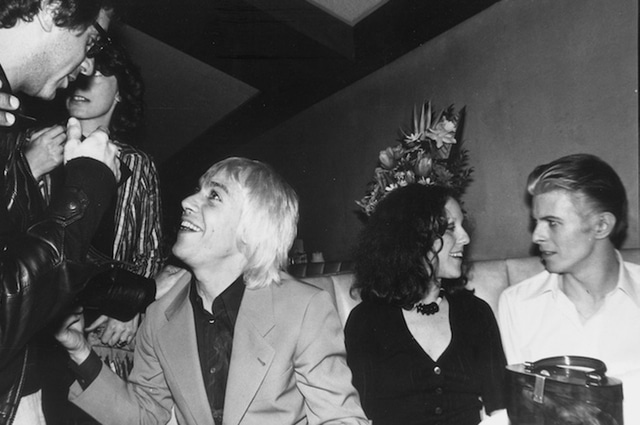 What individual forms a link between American psychedelic rock, proto-punk and punk rock itself? The answer is Danny Fields. He may not be a household name, but he was a close associate of The Velvet Underground before becoming the publicist for The Doors, then went on to sign MC5 and The Stooges when he worked at Elektra and managed The Ramones in their early pioneering pre-mainstream years. From the mid-’60s to the late ’70s he was a pivotal inside figure in the development of cutting-edge rock music in the States, and Brendan Toller’s fascinating documentary Danny Says (named after a Ramones song that refers to him) tells his eventful story with Fields himself as main narrator.

Born as Daniel Feinberg into a middle-class Jewish family in New York, he dropped out of Harvard Law School to join the bohemian set in Greenwich Village. As an openly gay man well before Stonewall he was in the vanguard of the sexual revolution, just as he went on to help shape radical new musical directions. As a rock journalist in the ’60s, he became editor at teen magazine Datebook (where his quoting of John Lennon saying The Beatles were “more popular than Jesus” led to huge controversy) and also a DJ on New Jersey’s progressive WFMU radio station. But, as the film makes clear, his real talent was as a connector, enabler and catalyst with his finger on the pulse of what was happening on the underground music scene.

Now in his mid-’70s, the drolly amusing Fields tells entertaining anecdotes about hanging out in New York’s drug-fuelled counter-culture. He describes the avant-garde antics at Andy Warhol’s Silver Factory, how he introduced Nico to the equally narcissistic Jim Morrison – with disastrous results – and talks of his excitement of discovering Ramones performing at CBGB in 1974. Although he had a flair for creating publicity he has always been driven by a genuine love of the music of the artists with whom he was involved, rather than making hard-headed business career decisions, for example turning down the chance to get rich by managing Aerosmith as he didn’t like them or their music.

There are revealing contributions from the likes of Judy Collins, Alice Cooper, Jonathan Richman of The Modern Lovers (whom Fields also managed) and Iggy Pop, who claims it was Fields that introduced him to cocaine. And there is also an extraordinary tape recording of Lou Reed, alongside Fields, overflowing with enthusiasm after listening to Ramones for the first time.

Filmed over five years, Danny Says is a well-crafted feature that combines present-day interviews, archive newsreel, performance footage and animation (re-creating described scenes), as well as items from Fields’ personal collection including intimate photographs and home videos. Oh, and it also happens to boast a great soundtrack of some of the coolest American rock music from the ’60s and ’70s.

Danny Says is showing as part of the BFI London Film Festival 2015 at Hackney Picturehouse, Screen 1, on 8 October at 20:45 and at ICA Cinema, Screen 1, on 9 October at 13:00. Click here for more information.

The Ramones MP3s or CDs

The Ramones on Spotify