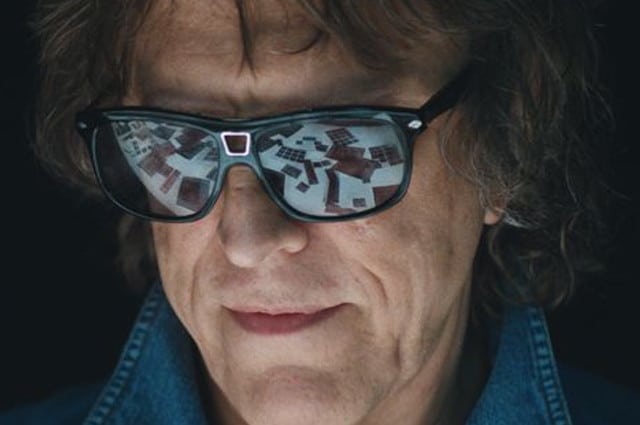 The spotlight is turned on Mick Rock in Shot! The Psycho Spiritual Mantra of Rock

Rock by name, rock by nature. As Mick Rock himself states in Barnaby Clay’s fascinating documentary about the acclaimed music photographer showing in the London Film Festival’s Sonic strand, with a name like that he seemed destined to play some part in the rock’n’roll business. And although he didn’t become a musician, many rate “the man who shot the seventies” on a similar level to his subjects as an artist, thanks to his iconic photographs of the likes of David Bowie, Lou Reed, Iggy Pop, Queen, The Ramones, Blondie and Talking Heads.

Moving through the eras of psychedelia, glam and punk, Rock created the covers for albums such as Syd Barrett’s post-Pink Floyd solo work The Madcap Laughs, Lou Reed’s Transformer, Iggy and The Stooges’ Raw Power and Queen II, as well as directing such videos as Bowie’s Life on Mars and Jean Genie. Not only did he help to create the images of these rock stars but he became personal friends with many of them as part of “the scene” in London and New York. As he says: “I work from the inside out”.

In fact, Rock partied so hard that he almost became yet another casualty of the sex, drugs and rock’n’roll lifestyle after his cocaine habit led to three heart attacks and quadruple bypass surgery. The film re-creates the near-death moment in 1996 when he was rushed to hospital in an ambulance, with Rock looking at “himself” lying in an operating theatre, and through a psychedelic tunnel into the past his life flashes before his eyes, featuring some of the rock musicians he is most closely associated with.

Now 68, he takes us on this biographical journey, talking candidly about his highs and lows, living a hedonistic lifestyle with glamorous companions, while his drug addiction spiralled out of control almost destroying his health and career, then his recovery and renaissance. With his tousled hair, upturned collar and habitual sunglasses, and a liking for karma exercises, Rock is a charismatic figure with an engaging sense of humour. His entertaining anecdotes give us intimate insights into what it was like being in the midst of the rock world of the seventies where excess was the norm.

As well as the famous photographic record, there are previously unseen “home movies” showing a dark-eyed Barrett grinning on an acid trip and Bowie buzzing as Ziggy backstage, and audiotape recordings of his conversations about music with Bowie and Reed, not to mention archive footage of bands performing live in their prime and a terrific soundtrack.

But it’s not all past history. Back in the game, with his enthusiasm rejuvenated, we see him on a photoshoot with Father John Misty. And his words from the start of the film come to mind: “I feel like an assassin. I get someone in my sights and then I wait for the moment to shoot them. But I don’t want their soul, I just want their aura.”

Shot! The Psycho-Spiritual Mantra of Rock is showing as part of the BFI London Film Festival 2016 at Prince Charles Cinema on 15 October at 21:00 and at Vue West End, Screen 7, on 16 October at 14:40. Click here for more information.

Shot! The Psycho-Spiritual Mantra of Rock MP3s or CDs

Shot! The Psycho-Spiritual Mantra of Rock on Spotify